Joe Giudice asked if he would attend Teresa Giudice’s wedding 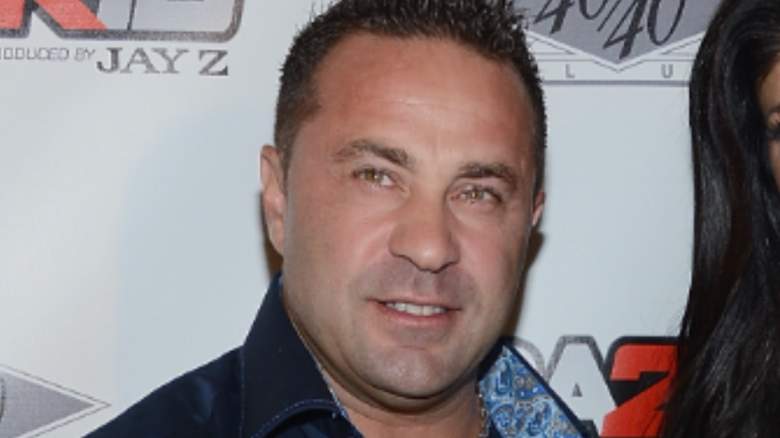 Joe Giudice is fully supportive of his ex-wife Teresa Giudice’s new relationship and seems very happy that she is happy – so much so that he would fully attend her wedding if invited.

The Real Housewives of New Jersey star and boyfriend Louie Ruelas got engaged in October 2021 while vacationing in Greece. About a month after the engagement, Teresa sat down for an interview with Billy Bush on Extra and was asked about upcoming wedding plans.

“I don’t know. It just happened, we’re still enjoying it. I think it has to be when the kids aren’t in school,” Giudice said. She added that she “definitely” has a “goal” – wedding and made it clear that she was not interested in Bravo cameras being on hand on her big day.

“I want it to be private… definitely not filmed. You know, I’ve seen weddings happen on the show and I don’t want to take a chance. You know, some drama or something. It’s about Luis and me. You know, and our kids,” explained the mother of four.

One thing Teresa didn’t mention was whether or not her ex-husband would be invited. While it seems odd to think about since she and Joe are divorced, they’re still close and share four daughters, so it’s entirely possible that Teresa and Luis would invite Joe.

In an interview with Access Hollywood in January 2022, Joe said he would be willing to attend Teresa and Luis’ upcoming wedding. “I mean, Luis’s a good guy,” Joe said. “I mean I met him, he’s a nice guy, they’re happy and that’s all that matters. I don’t expect her to be alone, you know what I mean? Who wants to be alone?” said Joe.

The former reality star was then asked if he would attend the wedding. “Would I go to the wedding? I mean I don’t care why not?” Joe answered. Of course, there’s always a chance of Teresa and Luis getting married in the Bahamas, right? Well, that’s been addressed as well, and Joe seems cool with that idea as well.

“Maybe they have it in the Bahamas, maybe they’ll get married in my backyard,” joked Joe.

Joe has been living in the Bahamas for more than a year after being deported to Italy but wanted to be in the same time zone as his children. Sometime in 2021, Joe and Luis actually met while Teresa and her boyfriend were on a little vacation in the Caribbean.

Teresa spoke about the meeting during an interview with Andy Cohen on the March 24, 2021 episode of Watch What Happens Live.

“They were on the phone and Louie wanted to go to the Bahamas and meet him, which I think was the most amazing thing of all because he said he just wanted to talk to him and let him know that he’s not trying to take his place or anything. But he just wanted him to meet him because I have daughters, and I just thought that would be the most amazing thing of all,” she said.

Although everyone seemed to hit it off, Joe admitted it was “awkward” meeting his ex-wife’s boyfriend.

“You can all imagine how I felt when they walked into the room. It was embarrassing to see my ex with someone else after a lifetime. Teresa and I decided to be honest and stay friends for the girls,” he told Us Weekly.