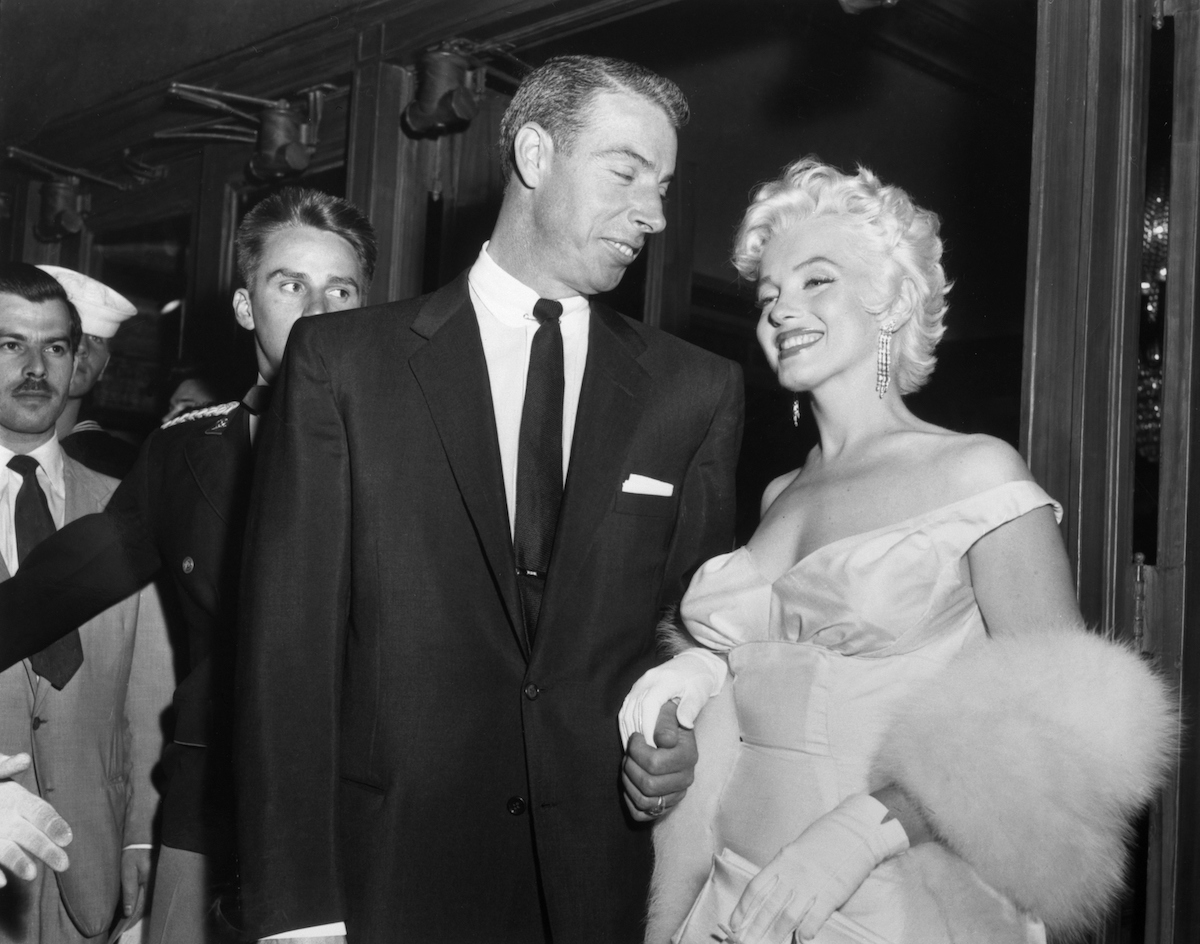 Joe DiMaggio and Marilyn Monroe had a famous but short-lived marriage. The two celebrities married in 1954 and separated after just nine months.

Still, DiMaggio and Monroe continued to have a strong bond. For many years after Monroe died, DiMaggio sent flowers to her gravesite.

Monroe died on August 4, 1962 at the age of 36. The actor was dealing with an addiction to prescription drugs, and her cause of death was acute barbiturate poisoning. Fans have long suspected that she died of suicide, but Monroe didn’t leave a suicide note, so this question will remain unanswered.

According to PBS, after Monroe’s death, DiMaggio agreed to officiate at Monroe’s funeral. The baseball star refused to allow Hollywood elites to attend the funeral, reportedly saying, “Without her, she would still be here.”

Monroe is buried in a crypt at Pierce Brothers Westwood Village Memorial Park in Los Angeles. DiMaggio regularly sent flowers from the Parisian Florist, a flower shop on Sunset Boulevard that Monroe liked, according to Iamnotastalker.com. DiMaggio’s original order reportedly stated that he would send “six fresh, long-stemmed red roses” to Monroe’s gravesite “three times a week.” DiMaggio also stated that this request would be executed “forever.”

The Parisian florist sent flowers to Monroe’s crypt every Monday, Wednesday and Friday. However, DiMaggio reduced the frequency to twice a week in 1982, and flowers were delivered every Tuesday and Saturday from then on. A few months later, DiMaggio canceled the order, although it’s unclear why.

“I firmly believe that all these years that [DiMaggio] made these visits to her grave site and left flowers. . . he was still in love with her, though [did it] out of a great deal of guilt,” actor Brad Dexter said on PBS. “Because I believe he contributed to her downfall. I firmly believe that if he had behaved differently, they would have had a good marriage. He destroyed it – and he felt that guilt.”

DiMaggio died in 1999 at the age of 84. He was buried in Holy Cross Cemetery in Colma, California.

Although DiMaggio and Monroe are not buried close together, Monroe does have a famous tomb neighbor. According to Dirt, Hugh Hefner bought the crypt on her left in 1992 for $75,000. Monroe and the Playboy brand have always been linked since she rose to fame after appearing on the first Playboy cover in 1953. Hefner was buried in the crypt after his death in 2019.

Above Monroe’s crypt lies a fan, Richard Poncer. He wanted to be buried upside down so he could face the starlet. His wife is buried next to him and above Hefner.