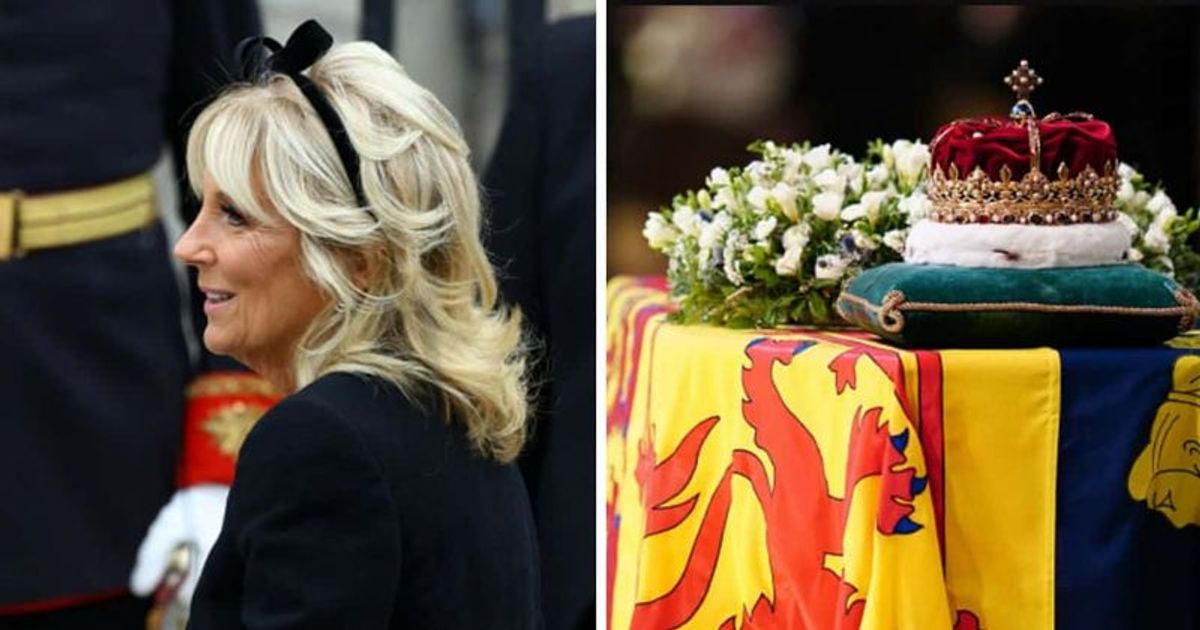 LONDON, UNITED KINGDOM: When Jill Biden accompanied President Joe Biden to the Queen’s funeral at Westminster Abbey in London on Monday, she wore a black tailored suit by Schiaparelli and a fascinator as a hair accessory. However, the First Lady has been slammed online for wearing a fascinator instead of a hat to the British monarch’s funeral.

Fascinators are often worn at weddings and other celebratory occasions, while a hat is worn more as a sign of respect at somber events such as funerals. But apparently, Jill decided to deviate from the dress code by covering part of her hair with a fascinator instead.

‘Our hearts go out to you’: Joe Biden says Queen reminded him of mother Catherine Finnegan before paying touching tribute

Twitter users wasted no time calling out the first lady for the apparent fashion faux pas. One user said: “Why does Jill Biden always look like a hot mess? Nothing says ‘I mourn the loss of Queen Elizabeth’ like a big black bow in your hair.” Another user wrote, “The headpiece really made my designer friends choke and voted for it. It’s all wrong, a frivolous bow for a somber funeral, and its buttons are crooked in multiple directions. A lot of people hate being emotional acolytes but call things like that.” Another user asked, “Why does Jill Biden wear a party bow on her head?” One added, “It wouldn’t be Jill without a stylish f* # k up.”

Other users tweeted in defense of Jill Biden, including columnist Doug Sanders, who tweeted that “an Estonian TV host is wearing a fascinator. Jill Biden just walked in with one.) Another wrote, “Okay, but Dr.

After the funeral, the late Queen Elizabeth II was later buried in a private family service beneath St George’s Chapel with her 73-year-old husband Prince Philip, her sister Margaret and her parents King George VI. And buried Queen Elizabeth, the Queen Mother.

Jill wrote in the official book of condolences: “Queen Elizabeth II lived her life for the people she served with wisdom and grace. We will never forget their warmth, kindness and the conversations we had.”