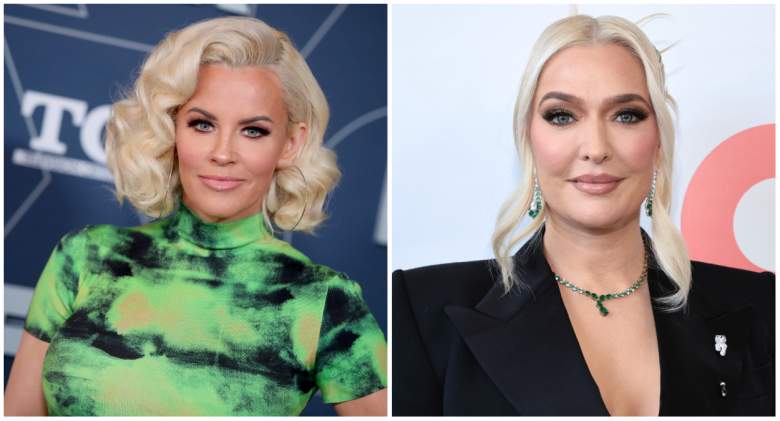 While appearing alongside Kyle Richards on an episode of Watch What Happens Live, host Andy Cohen asked McCarthy for her opinion on several of the Real Housewives of Beverly Hills storylines this season.

In late June, a judge ordered Jayne to hand over a pair of diamond earrings valued at $750,000, according to People.

“That was one of the first things I thought of before this episode even started. Hopefully she gives the victims some kind of jewelry. I can’t imagine not doing that. Like I said. I hate being so judgmental because I’m not walking in their shoes but watching from a third party, it just seems wrong.

“Settlement funds from escrow created for a class action lawsuit processed by [Tom’s] Girardi Keese company was used to pay for the diamond earrings Erika owned,” reported Law360 when the case was decided.

But before the court ruling, Jayne had held on to the earrings, saying she would not return them unless asked to do so.

“My client takes this very seriously, Your Honor,” said Evan Borges, Jayne’s attorney, according to the outlet. “My client left that marriage to move to a rented apartment, filed for divorce herself and all she took with her were her personal belongings, which includes jewelry, but all she has are those personal belongings, plus her income from ‘Real Housewives of Beverly Hills’.”

McCarthy was also asked if she thinks Jayne and Sutton Stracke could ever become friends.

“I do,” she said on WWHL. I think they are very similar, they don’t realize it yet. We see excerpts of it. but I look at them when they’re having fun and say, ‘These two, that’s a couple’. You will make great friends one day.”

Many fans have mixed opinions about the new RHOBH actor, with Diana Jenkins and McCarthy feeling the same way.

“The jury is still out but what I would say about her is that I really like her money so I would want to be friends with her to hop on her plane,” McCarthy said on WHHL.

But the victims’ lawyer thinks it’s all a PR stunt.

“While Ms. Jenkins may have good intentions, we do not believe that issuing a press release and raising funds from the public without having done the necessary groundwork is an appropriate way to proceed,” Jay Edelson told Page Six. “That said, we hope this isn’t a publicity stunt and reserve judgment until we hear from her direct.”

“I was unaware of this tragedy until it became a topic of conversation at RHOBH,” Jenkins wrote on Instagram. “I have so much compassion for the widows and orphans who are left behind. I know first hand the pain and suffering that comes with the loss of a family member as I lost my brother in the final days of the Bosnian War. I want to do what I can to support these people who have suffered so much. Visit sunelafoundation dot org for more information.