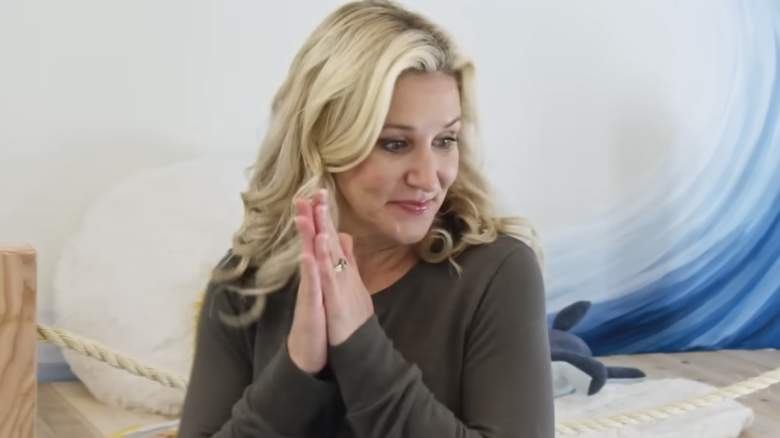 Rock the Block fans will see some familiar faces when HGTV’s competitive series returns for its fourth season. A star-studded array of former contestants – including Mina Starsiak Hawk, Dave and Jenny Marrs, Jasmine Roth, Brian and Mika Kleinschmidt and Alison Victoria – have taken to social media to campaign for performances in the upcoming season.

The Fixer to Fabulous stars, who are taking part in Season 3, shared photos with a Rock the Block producer and even its host Ty Pennington.

“So nice to see an old friend (and producer) again today!” Jenny captioned an Instagram carousel. “I can’t tell you where we are right now, but I can give you a clue as to when we were all together last…”

Dave added, “I can’t wait to share the adventure!”

“Rock the Block,” which first premiered in 2019, follows teams of HGTV stars as they remodel identical homes, all hoping to achieve the highest rating score. Each season, they welcome network stars and former contestants as judges.

The Windy City Rehab and Help! I Wrecked My House stars have both served as judges.

Pennington seemingly confirmed Starsiak Hawk’s involvement and shared a video with her and “No Demo Reno” star Jenn Todryk. “But really, I had so much fun with these ladies on set…even if I didn’t get the dance lol,” he quipped on Instagram. Among the hashtags listed was “#rocktheblock”.

The Kleinschmidts, who won season two, took to Instagram to compliment this season’s contenders.

“I’ve been to all 4 blocks, toured all 16 houses, met all 36 competitors and believe me Season 4 is going to be the BIGGEST and BEST yet!” Brian wrote. “The teams didn’t just rock the block…they rocked my world!”

The upcoming season will be filmed in Berthoud, Colorado.

“Each team has just six weeks and a budget of $250,000 to renovate identical properties in a rustic Colorado landscape and transform them into luxurious homes that reflect their signature vision and stunning design,” the press release reads .

The team with the highest rating wins.

“Fans are clamoring for the new season of ‘Rock The Block,’ we are so excited for production to begin and the competition to begin,” HGTV executive Betsy Ayala said in a press release. “Everything about this season is bigger and bolder – including the houses and the landscape. Our stars will take on some of their biggest design challenges yet, and they plan to hold nothing to win everything.”

Married to Real Estate stars Egypt Sherrod and Mike Jackson beat their all-star competitors to win first place in the third season of Rock the Block. Alongside Dave and Jenny, they competed against Leslie Davis and Lyndsay Lamb on Unsellable Houses and Keith Bynum and Evan Thomas on Bargain Block.

Jackson called the experience “surreal,” while Sherrod explained, “We felt confident. We tried to do the smart things we knew, but at the same time we were scared.”

The real estate expert adds: “We were all here until the early hours. We all did our best. We have also seen it in their homes. We are blessed to have won but we share this with everyone.”

Season 4 of “Rock the Block” will premiere in March 2023, the network announced.