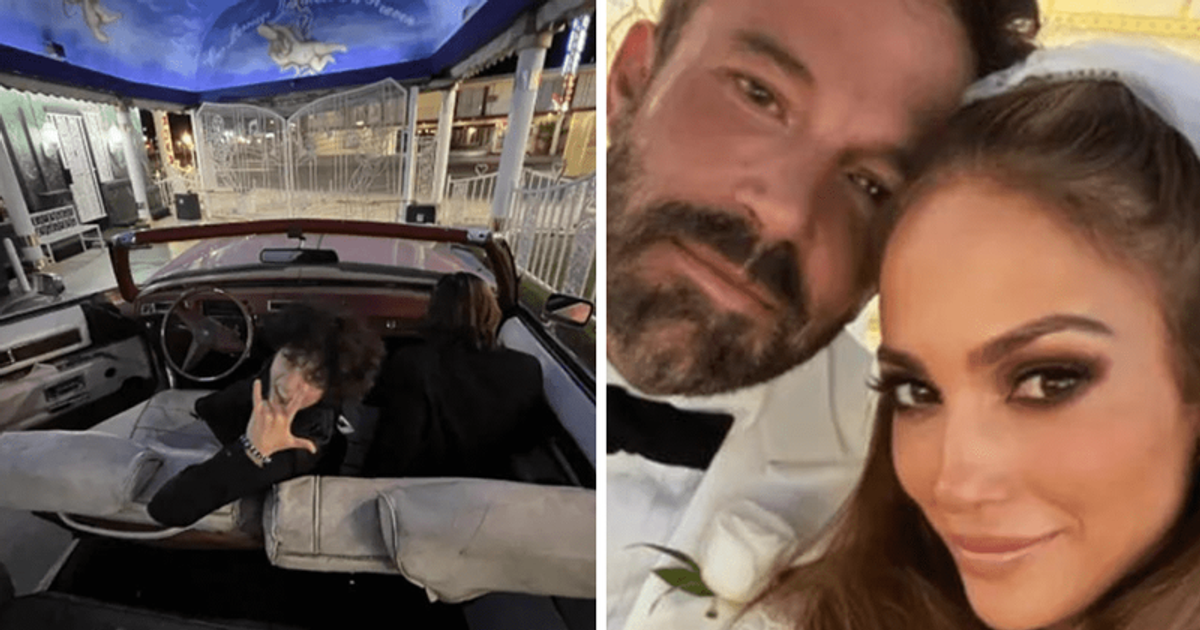 The 14-year-old, who is non-binary, had his hands up in the air in a “rock on” gesture as they struck a pose in the vintage car

Jennifer Lopez and Ben Affleck said “I do” to each other in Las Vegas on Saturday, July 16. But the one who couldn’t contain her joy was the 52-year-old singer’s teenage child – Emme Maribel Muñiz. The 14-year-old, who is non-binary and uses the pronouns them/they, beamed with joy and excitement as they posed in Elvis Presley’s pink vintage Cadillac.

The photo was posted to Lopez’s website/newsletter – OnTheJLo – on Sunday, July 17, and showed Emme raising her hands in the air in a “rock on position.” In the picture, Emme looked chic in an all-black ensemble as she sat in the driver’s seat. They were joined by someone else in the passenger seat, head turned away from the camera. Probably the other person was her twin brother Maximilian David Muñiz.

She remarked: “We barely made it to the little white wedding chapel at midnight. They graciously stayed open for a few minutes, letting us take photos in a pink Cadillac convertible that was apparently once used by the King himself (but if we wanted to show Elvis himself it cost extra and he was in bed)’ before he added, “Hang in there long enough and maybe you’ll find the best moment of your life driving around Las Vegas at 12:30 am in the tunnel of love with your kids and the one you’ll spend eternity with . Love is a great thing, maybe the best of things – and it’s worth waiting for.”

Later, Lopez also took to Instagram to share a beautiful picture of her showing off her wedding ring. She was seen in bed posing candidly, as the caption read: “Sadie! #iykyk Go to OnTheJLo for all the details. #linkinbio.” The post attracted a lot of comments, mostly congratulating her and her new husband. One comment read: “🧿🎶💃🙏Congratulations ❤️❤️ Jen & Ben 💐 Have a wonderful journey as you build your new life together. Happy birthday 😘.” Another comment was, “MY BEAUTIFUL BABY I AM SO HAPPY FOR YOU! YOU BOTH DESERVE ALL HAPPINESS! I LOVE YOU BOTH SO MUCH! 💚” “Ohhh, we know and we can’t be happier for you both ❤️ Congratulations! The smile says it all! @jlo,” added one user.