Jennifer Lopez confirms she should attend the legendary VMAs Kiss 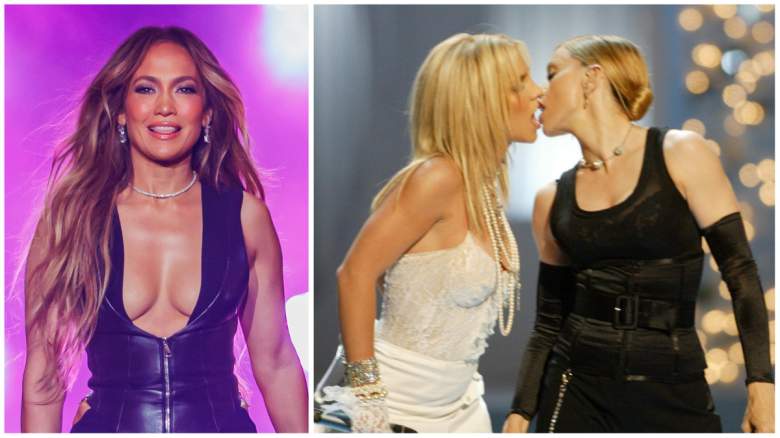 One of the most iconic and recognizable moments from the MTV Video Music Awards (VMAs) occurred in 2003 when Madonna kissed Britney Spears and Christina Aguilera onstage during her opening performances of “Like a Virgin” and “Hollywood.” What many may not know is that American Idol judge and global superstar Jennifer Lopez was originally scheduled to attend the lip-locking performance.

In an interview with E! News To promote her upcoming movie, Shotgun Wedding, with co-star Josh Duhamel, interviewers asked Lopez if the rumors that she was set to star in the “infamous” 2003 VMA performance were true, and she confirmed and said : “Yes, that was actually true. I was shooting a film in Canada and we met – me, her and Britney – to shoot at her house.”

Watch Lopez tell the story below.

Jennifer Lopez told E! News on why she didn’t share the stage with Britney Spears and Madonna at the 2003 VMAs, saying, “I just couldn’t get out of the movie [I was shooting in Canada], and so we couldn’t do it. So they brought in Christina Aguilera, I think, to do it. And I didn’t, but yeah, we talked about it. I love Madonna, I’m a huge fan, always have been.”

At the final performance, Spears and Aguilera sang a duet of “Like a Virgin,” which Madonna performed at the very first VMAs in 1984. Madonna then joined the duo to sing her 2003 single “Hollywood.” The three singers all danced suggestively across the stage together, and then Madonna shared a kiss with Spears and Aguilera. Right after the kiss, Missy Elliott joined the trio on stage to rap a verse and help close the performance. The four musicians ended the number with a bow in the middle of the stage.

Madonna is making headlines this week for more reasons than one. Not only did Jennifer Lopez share that she would be involved in Madonna’s 2003 VMA performance, but the Queen of Pop also announced The Celebration Tour (named after her 2009 greatest hits album Celebration) to her across North America and Europe as she celebrates four decades of music with her fans in late 2023.

Madonna announced “The Celebration Tour” in a viral video in which she performed Truth or Dare with musicians, actors and comedians including Diplo, Judd Apatow, Jack Black, Lil Wayne, Bob the Drag Queen, Kate Berlant, Larry Owens, Megan Stalter, Eric Andre and Amy Schumer. Towards the end of the video, Schumer tells Madonna to “do a world tour and play your greatest f***ing hits.” Rising to the challenge, Madonna tells Schumer, “The answer is, f*** yeah.”

Bob the Drag Queen (aka Caldwell Tidicue) will open all dates for Madonna on Tour. The Celebration Tour begins July 15, 2023 in Vancouver, Canada and travels through Canada and the United States before flying to Europe, concluding on December 1, 2023 in Amsterdam, The Netherlands. Visit Madonna’s website for full tour dates and ticket information.