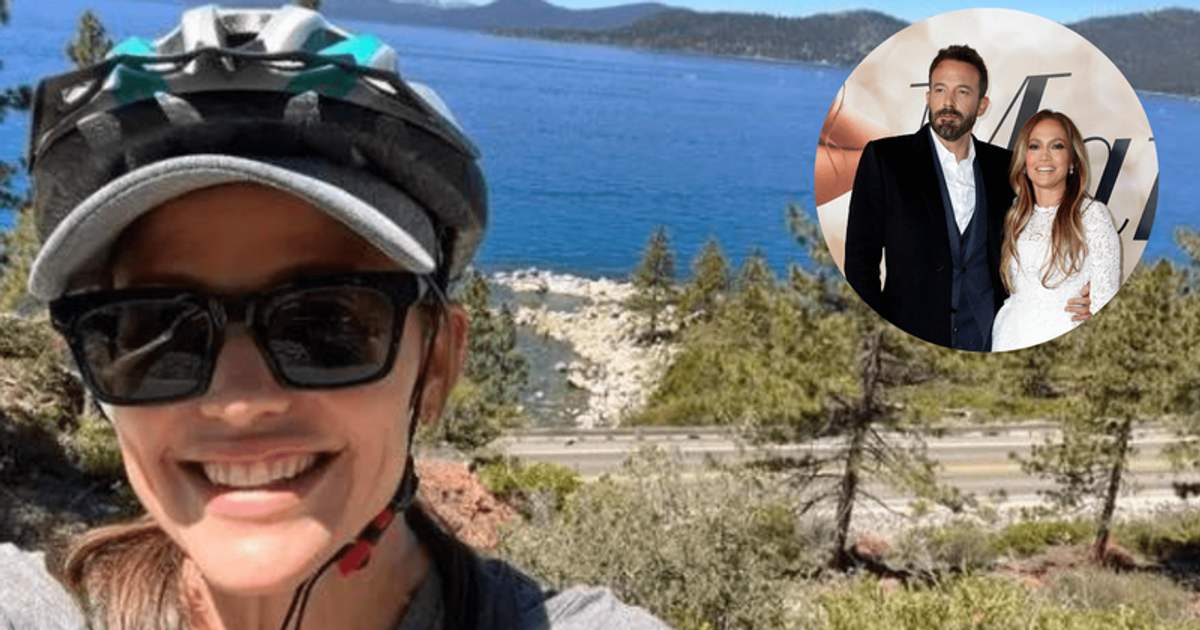 On July 16, Ben Affleck and Jennifer Lopez officially tied the knot in an impromptu ceremony in Las Vegas. Meanwhile, Jennifer Garner, the ‘Argo’ director’s ex-wife, spent her day relaxing in the warm sunshine on Lake Tahoe, California, enjoying her getaway.

Garner posted a series of Instagram Stories over the weekend showing how she was enjoying her getaway. Garner spent time flying the kite over the scenic lake and riding his bike. Bennifer, meanwhile, traveled to Las Vegas on Saturday for a surprise wedding. Her two children were present at the ceremony, which took place at the famous A Little White Chapel.

Affleck and Garner had a long marriage that lasted about ten years. During this time they had three children together and announced their separation in 2015. In contrast, Affleck and Lopez got back together in 2021 after the singer called off her engagement to Alex Rodriguez.

According to Garner’s own admission, the 2015 split from Affleck was extremely difficult, but it seems she’s recovered pretty well. In 2021, Garner told The Hollywood Reporter, “I’m going through it [the divorce] in public is not what is difficult; Getting through that is the hard part.” But a few years after the breakup, Garner was a lot more at peace with everything. “We’re going to dance when our kids get married, I know that now,” she said. “We’re going to dance and have fun. I don’t worry about that anymore.”

Jennifer Lopez announced her nuptials to her followers in her newsletter On the JLo, saying, “We did it.” She also had a few words of wisdom to share. “Love is beautiful. Love is kind. And turns out love is patient. Twenty years patient,” the Hustlers star captioned the post, which was published on July 17. “Last night we flew to Vegas, queued with four other couples for a license and all made the same trip to the wedding capital of the world.” The couple married nearly three months after Affleck proposed for the second time in April. Lopez announced their engagement at the time by taking to Instagram posted a video of the green diamond ring the ‘Gone Girl’ actor had proposed to her with.

Affleck and Lopez were engaged in September 2003, but the wedding was delayed due to “media scrutiny.” They called it quits, scrapped their wedding plans, and ended their romance in January 2004. The couple reunited in late April 2021, just two weeks after Lopez and her then-fiancé Alex Rodriguez split.