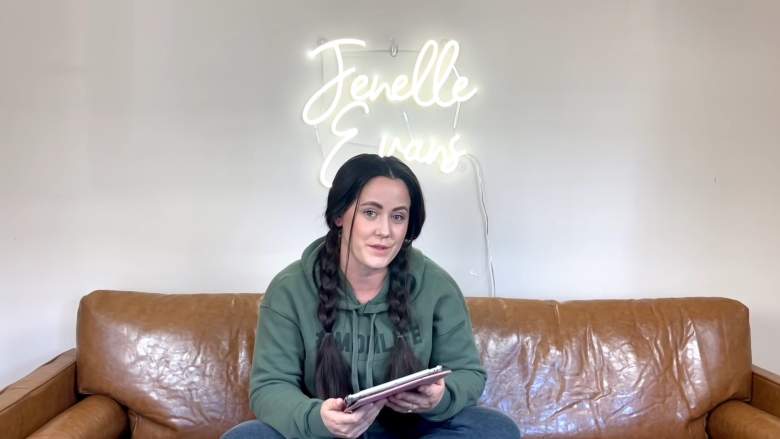 Jenelle Evans has always been transparent with her fans about her health, and in March she shared her fibromyalgia diagnosis with E! News. “I now know why my body behaves the way it does and that explains a lot. I never knew what fibromyalgia was until my doctor diagnosed me,” she said.

Then, on June 8, Evans told fans she was undergoing an MRI scan of a cyst on her spine. In her video response, Evans continued, “Once you have a cyst in your spine, it can either grow larger or lengthen and paralyze you. I said I had the possibility of becoming paralyzed and I still do every day today. If I become paralyzed or lose a bowel movement without trying, I need to go to the hospital immediately for emergency surgery.”

Now Evans is being tested for another condition called peripheral small fiber neuropathy.

According to Johns Hopkins Medicine, small fiber sensory neuropathy, also known as SFSN, is a “disorder in which only the small sensory nerves of the skin are affected. The majority of patients experience sensory disturbances that begin in the feet and progress upwards. These patients have a so-called length-dependent SFSN.”

Evans posted the update in an Instagram Story, which showed her leg with a band-aid on it. She wrote, “Had to have 2 skin biopsies today for small fiber neuropathy.”

One person wrote, “Can you imagine the reaction of the staff when she gets to the hospital… ‘Oh god not her again.'”

Someone else echoed those sentiments, writing: “This is probably the parking lot at the hospital or where David was supposed to go to get low B vitamin groceries for her. Couldn’t wait to show it off on her social media.”

And a third wrote: “This shit is just getting ridiculous now. Stop it, Delujenelle.”

Evans recently made headlines over suspicions of her returning to the MTV franchise.

On May 27, The Sun reported from a source that Evans had meetings with Teen Mom executive producer Larry Musnik in early May to make a Teen Mom comeback.

“While Jenelle was filming for Briana’s (DeJesus) party, she had meetings with Larry about returning to the show,” the source told The Sun. “They’re trying to give her her job back. And when she films, her mother Barbara films too and so do the children – all get their income back.”

The source continued, “MTV is refusing to deal with David in any way,” but said, “The return of Jenelle could help the franchise if Kail leaves, they need the drama.” The source referenced the fact, that Kailyn announced to Lowry that she would not be returning to the franchise for the Season 11 Teen Mom reunion.

However, Evans has shut down those rumours. On May 30, she told fans in an Instagram Story that included this comment from one fan, “Oh & The Ashley have reached out to MTV who have confirmed they have no plans to rehire you and it is a Rumor spread by THEM – which means all lies. Nice try.”

Evans responded by saying, “Woah, woah, woah. I just said that MTV was at Briana’s party. That’s it,” suggesting she never said in person that she was asked to return to the show.

She continued, “But if it added me back… I mean, let’s think about it. Would it save the show…?”