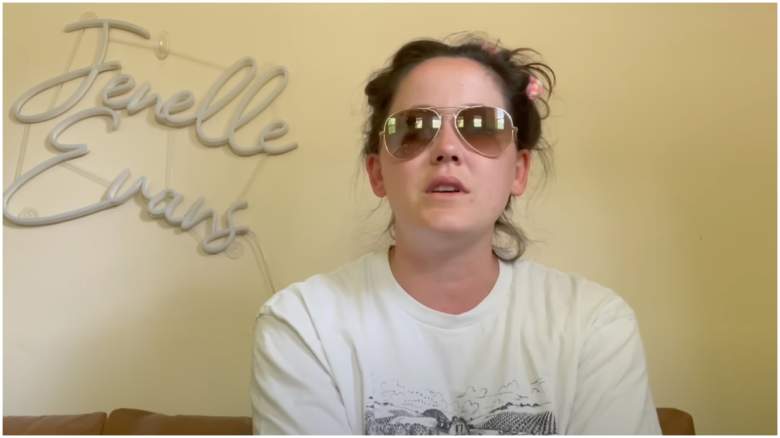 Evans continued by explaining that it was frustrating that she couldn’t use her name in a professional setting.

Evans was fired from the MTV franchise in 2019 after her husband David Eason shot and killed the family dog. After being fired from the series, Evans told People: “David has been there for me since the news broke, telling me not to worry and staying positive. I’m busy and focused on my kids and my pets and my business ventures that have been planned for months. I am also working to repair my marriage and move forward.

On May 4, 2022, The Ashley’s Reality Roundup reported that DeJesus plans to throw a party in honor of her defamation lawsuit against Kailyn Lowry’s rejection.

The outlet wrote, “Ashley’s sources tell her that Bri has invited a number of cast members from Teen Mom 2 as well as Teen Mom OG and even Teen Mom: Young & Pregnant.”

A production source then shared, “As bad as the ratings are right now, they’re probably going to jump on it and film it… If someone tips Kail, it would make for glorious TV viewing.”

The source continued, “Some of the [cast and crew] think it’s really bad of Briana to do that. They don’t think it’s nice to attend a Bash Kail party, especially if they personally don’t mind Kail. It’s messy and immature. A lot of people think this is just Briana trying to get the other cast members to choose a “side” between her and Kail. Honestly, most people [in the cast] don’t care enough.”

In an earlier segment of her video, Evans spoke about her struggle to hold on to brand deals and how the “haters” got to her.

Wearing sunglasses, she said, “I don’t want anyone to see my tears because they just make memes about them.”

Through tears, Evans continued, “It’s just… you know, haters. It just pisses me off because I’m trying to move on and focus on the positives in life and not focus on the negatives, but it’s really hard… there’s a group of haters that just have a hate campaign against me and They literally comment on all of these posts.”

The former reality star said she had previously inked a six-month branding deal before haters stepped in and the deal ended. “It was job security and security for my family,” Evans said. “It’s like another side income promised for six months. I didn’t do anything to deserve this.”

The video was uploaded on May 4th, 2022 and has garnered over 26,000 views to date. Evans captioned the video: “Not entirely dramatic BUT social media has been getting to me lately. I had to take a few days to relax and take a step back. Like and subscribe to more content like this every day! Turn on notifications to know when video uploads are posted. #Mental health”