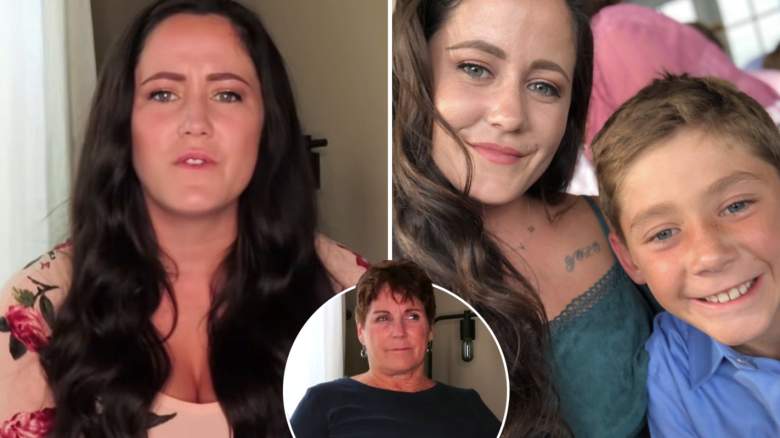 Teen Mom 2 alum Jenelle Evans has hinted that there is an ongoing custody case to regain parental rights for her eldest son, 13-year-old Jace. Evans gave her mother – Barbara Evans – full custody of Jace when he was a baby.

For years, Evans has promised to regain custody of her eldest. Evans brought up the custody agreement again after slamming her mother on TikTok, saying she’s a “toxic” parent.

The video garnered more than 2.3 million views and more than 3,600 comments.

Some of these were about Barbara Evans taking care of Jace.

“Is she still raising HER CHILD? Asking for a friend,” one person wrote on Tiktok.

“Because there’s a whole list of reasons why my life isn’t public anymore and it’s none of my business,” Evans replied.

The Teen Mom alumni hinted that there was more going on behind the scenes that people didn’t know about, like a possible custody hearing.

“I thought she finally changed,” wrote one fan.

“No, I wish I could talk more about this, but there’s a case pending at the moment,” Evans replied.

In comments shared from an original poster on Reddit, Evans again mentioned a “pending case.”

“Uhmmm, no judge has decided anything… we went to mediation. I’ve never been to court…when we do, the truth will come out,” she said. “But if you NEED to know, a court case has been pending for almost a year. Still waiting.”

Evans is the mother of two other children. She shares 8-year-old Kaiser with her ex-fiancé Nathan Griffith and 5-year-old daughter Ensley with husband David Eason.

“…even Jenelle, she spent so much money buying cars, boats, everything for her friends, what the fuck are you CRAZY? You know, going on trips,” Barbara Evans continued. “I like, took my money and invested it.”

The last time Evans spoke openly about fighting for custody of Jace, she said she didn’t want to go to court.

“If we end up in court, I will demand full performance [custody] completely,” Evans told E! News in May 2021. “I’m still trying to resolve this civilly.”

“So, it’s really weird that she acts like everything is fine and dandy and everyone’s polite, but when you try to take her to court, she kind of tries to end the conversation,” Evans admitted E! News.