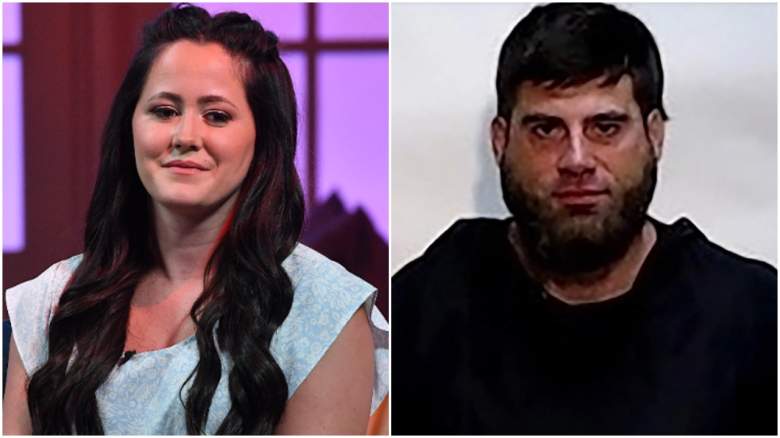 Teen Mom 2 alum Jenelle Evans broke her brief social media hiatus that began when her husband David Eason was arrested on November 12, 2021. The mother of three published a YouTube video the next day in which she talked about her now discontinued clothing line “Stay Cozy”, which was developed in collaboration with the SewSewYou company.

“I’m really upset because there’s a little hate campaign going on against me,” said Evans, 29, at the beginning of the video. “As you can see, my eyes are a little red, they are definitely puffy. I’ve been crying for the past two days. “

“These two groups in particular have been bothering me and my life since I left Teen Mom,” she said.

“Um, they’re basically just bringing up my past, um, nothing new. You know I tried to be the best mother I can be, the best wife I can be, and just lived my life, tried to avoid anger, tried to do good for my life, tried to change me. you know? “She said.” And, uh, people are just preventing this from happening. “

According to Evans, SewSewYou decided to cancel their deal after receiving a rush of “hate” from social media users.

“Basically, the haters did their little detective work, figured out who would make my clothes, contacted them, sent them a bunch of old items,” she said.

“Um, I saw people leaving fake reviews of me on their Facebook page, posting Jenelle’s ‘Biggest Scandals’ and emailing them about it,” explained the former MTV personality. “Long story short, you know, they said they didn’t have the capacity to handle all that hate mail.”

Evans wasn’t worried that he might lose money from the deal, but she said her ego had taken a blow.

“My chance was simply used again. I keep going and, as everyone knows, this has happened to me many times. If you look it up, I’ve already been canceled, ”confessed the mother of three. “It just hurts my feelings. I’m not losing a lot of money on this deal. To be honest, I have the feeling that the company needed me more than I needed them. “

Evans complained that her past kept interfering with her future.

“I’ve been working on it since December 2020 and it’s a shame people are bringing up the past – nothing I’ve done lately,” she said of the clothing line.

“It’s always the past. Nobody gives me a chance to talk now. They only care about what has been said in the past. I tried so hard not to cry, ”she continued. “I’ve tried so hard to be strong. And I literally sit around all day just thinking and thinking. I have changed. I think i’m a great person. I think I deserve opportunities. “

Although Evans released the video after Eason’s arrest, she did not talk about her husband’s detention.

Heavy arrest records indicate that Eason was stopped by police in Columbus County, North Carolina on November 12, 2021. The father of three has been charged with owning an open container and driving with his license revoked. He is due to appear before a judge on February 16, 2022.

Eason is also due to appear before a North Carolina judge in Pender County, North Carolina the week prior on charges of other traffic violations, including an expired license plate and speeding violations.