Jeff Probst on taking risks and the new era of Survivor 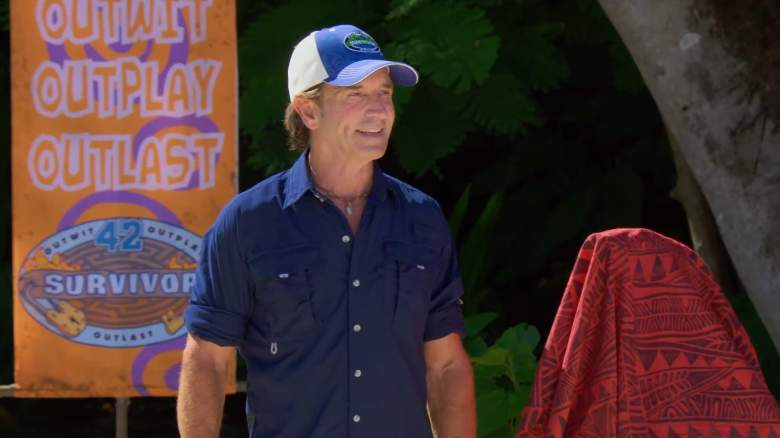 The name Jeff Probst is synonymous with “Survivor”. The 60-year-old has hosted the show since its inception in 2000. Over the years, the popular reality show has garnered a cult following of dedicated superfans who live and breathe “Survivor.” However, longtime fans have recently criticized the show for becoming too “too complicated” and even accused Probst of ruining the game.

Probst spoke about the show’s legacy and why it needed an overhaul in a June 2022 interview with The Wrap.

In a promo for Survivor 41, Probst announced that Season 41 would mark the beginning of a new era, referred to Survivor 41 as “Survivor 2.0” and called it a “brand new game”.

Seasons 41 and 42 introduced a number of new twists and perks to shake up the game.

Speaking about his controversial decision to restructure the show, Probst told The Wrap he believes in taking risks.

“We knew well in advance that our 40th season would be the end of an era in terms of how we play the game and produce the show,” he said. “I think CBS was probably a little concerned about why we’d dramatically change something that still got a good rating and fans were still having fun, but we’ve always believed in taking risks and trying new things, and CBS gave us permission to fail.”

“If you’re comfortable with the risk of failure, it opens up a lot of possibilities,” he continued.

Probst said he wanted the Survivor production team to stay inspired and have the opportunity to explore new ideas.

“Keeping things fresh for your team of storytellers is important,” he told the outlet. “You need to stay inspired too! So we’re extending that same permission to fail into the editing suites, where our teams know they can try new ideas in terms of scene structure, play with time, or use high-speed footage in places you might not expect. We extended the same permission-to-fail philosophy to our filming of the show as well.”

In the interview, Probst also addressed criticism from fans that the twists went “too far”.

“There’s always a risk of going too far,” he said. “It’s a real risk. And the scary part is that once you’ve done it, you can’t change it. So, again, it’s about being comfortable with the risk of a massive failure. We knew we would make it big. And we expected that fans and players might think it was a bit too far. But we wanted players to reconsider everything they thought they knew about Survivor. All.”

After 42 seasons, “Survivor” is still doing well. The TV phenomenon has continued to capture viewers’ attention, establishing itself as one of the most successful reality shows in history.

In December 2021, Variety ranked “Survivor” as the best reality show of all time.

The New York Times interviewed Probst about the show’s success in 2015.

Probst credited the show’s historic run to its loyal audience.

“I’m not going to lie and say I wouldn’t love it if more people started watching ‘Survivor,’ but I’m failing to attract a new viewer,” he told the publication. “I’m doing it for the people who kept us in the air.”

“We have this amazing format that we never stray too far from,” he continued. “We create the scenario, and that’s made up. You’re not really shipwrecked. But beyond that, it’s her story.”