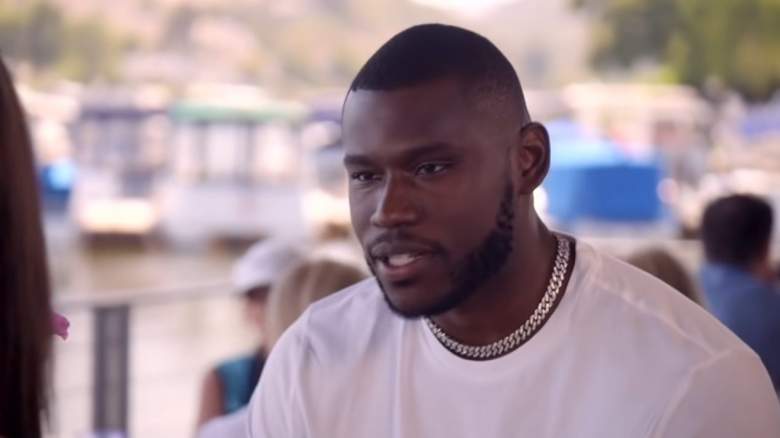 On June 18, Leah Messer’s boyfriend, Jaylan Mobley, took to Instagram to share a message about his relationship with Leah’s children.

The 25-year-old shared a series of black and white photo collages featuring images of Leah and her three daughters.

In the final photo collage, Jaylan included a message about his love for his girlfriend’s children.

“Not being biologically related to a child doesn’t make you any less of a parent – being a true parent isn’t in the DNA, it’s in the love, care and heart.”

He ended the message by writing: “Love Jay[,] AKA bonus dad.”

Jaylan also included a lengthy caption alongside the post, detailing how each of Leah’s daughters has impacted his life.

“As Father’s Day approaches, I can’t help but think about how these gorgeous girls have made it possible for me to be the greatest bonus dad ever,” he began.

“Out of [Adalynn] told me to go out the door to pick up [Leah Messer] on our first date,” he wrote.

“To Alea, [whether] It’s fashion, gestures, creativity, art and especially orcas – you taught me a lot about expressing myself and stepping out of my comfort zone and loving everyone and everything! Be yourself — I love you Aleeah ​​❤️,” he continued.

“And Ali, thank you for showing me a side of myself I never knew,” he wrote. “You taught me to be strong and never allow anything to reach your dreams and goals.”

The North Carolina native ended the post with some sweet words dedicated to Leah.

“[Leah Messer] I could write a whole book about since I first met the girls and how our relationship has evolved [over time],” he wrote. “Just thank you for letting me in and I can’t wait to show the world our love as a family! ♾❤️.”

Teen Mom fans reacted to Jaylan’s Father’s Day post on Reddit. While some fans thought the message was “cute,” other fans called the vibe “performative” and “a bit much.”

“A bit much for a fairly short relationship at this point,” wrote one Reddit user.

“It would be very sweet if he wrote those little sentiments on individual, private cards and gave them personally,” pointed out another user. “Why post on social media? So thirsty for it [acknowledgment] and validation.

“No I think if that was private it might have been cute but it’s weird to be broadcast like this,” added a third user.

Some fans defended Jaylan in responses.

“Am I the only one who thinks that’s cute? He really seems to have gotten to know the girls for who they are [and] as individuals,” wrote one Reddit user.

“I think that’s super cute too,” replied another fan. “[I] don’t personally understand all the “red flags” that everyone is [seeing]. [I’m] really happy for [Leah].”