Jax Taylor urges fans not to compare him to Tom Sandoval 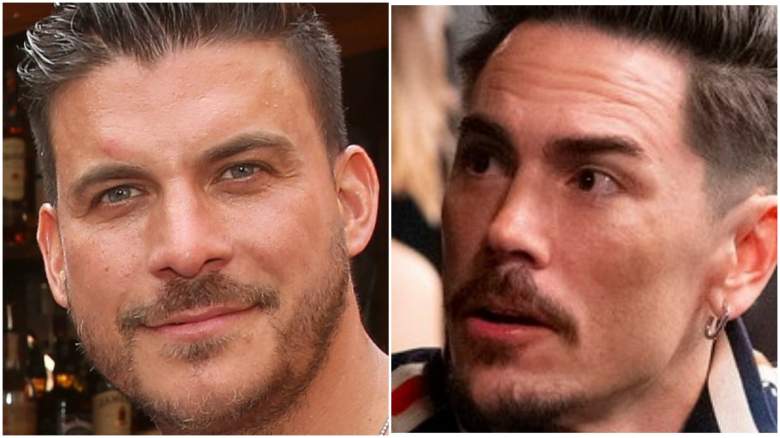 Jax Taylor doesn’t want to be confused with Tom Sandoval.

The former “Vanderpump Rules” star responded to fan comment after being compared to his ex-best friend.

On November 13, Jax posted an Instagram photo showing him at the Mondrian Los Angeles Hotel. In the picture, the long-time SUR bartender was sitting on a wooden chair in front of the luxury hotel with his hair combed back and his thick mustache clearly visible. In the background was a billboard for Taylor Swift’s “Red (Taylor’s Version),” also a reference to Jax’s last name.

Fans reacted to the photo of Jax, with some saying he resembled the late Queen singer Freddie Mercury. But one follower dared to compare him with the TomTom co-owner, who wears a thick mustache in the current season of “Vanderpump Rules”.

After the fan wrote, “Sandoval’s stache lol,” Jax fired back.

“But I had that first,” he wrote. “Please don’t compare me to that.”

Other fans asked Jax what he’s been up to since he left “Vanderpump Rules” last December.

“You were the show,” wrote one fan. “The Toms [Sandoval and Schwartz] can’t pull it off. It was your gimmicks that made it worth seeing … “

Jax also revealed why he now has a full mustache.

Movember, or no-shave November, is a month when lots of facial hair grow in to raise awareness of cancer. In 2017, Jax’s father Ronald Cauchi died, according to E! News.

It’s no surprise that Jax doesn’t want his mustache compared to Sandovals. The former besties are no longer close and live completely different lifestyles.

Tom Sandoval and longtime girlfriend Ariana Madix have no children, while Jax and wife Brittany Cartwright welcomed a baby boy named Cruz Michael Cauchi in April. Several of her former co-stars also became first-time parents, including Jax’s ex-girlfriend Stassi Schroeder, and the new dynamic has changed of who Jax and Brittany are hanging out with now.

During an appearance on The Doctors, Jax said that most of the time he was only in contact with his ex-co-stars who have babies.

“These are the people I am with a lot now – other parents,” he said. “We all have a lot in common. We all raise our children together. All of our children are months apart. That is my main concern, my main priority at the moment. “

Sandoval has also recently opened up on his estrangement from Jax. In September he told Us weekly: “I don’t talk to him that much. … You are busy, we are busy. “

According to Page Six, Sandoval previously admitted that Jax tended to search for “filth” to use against him.

“I don’t really tell him anything anyway because it was never really a safe place,” Sandoval said on “Watch What Happens Live”. “I mean, there is always leverage against you. He will address it, even if he is just bored in a conversation. “

Jax and Sandoval had a rocky relationship for years. In 2014, Jax even slept behind his back with Sandoval’s then girlfriend Kristen Doute. While the two survived this betrayal, Jax found it difficult to break Sandoval’s demeanor when he asked him to be best man at his 2019 wedding.

Jax told Hollywood Life that Sandoval had a lot of problems leading up to the wedding.

“It was tough because, you know, I count on certain people for certain things and that was Tom’s forte in doing things like that,” Jax told the point of sale. “Tom and I are very different people, you know, and he’s a very eccentric, pretty simple guy. I just wanted something very simple and we just hit each other’s heads … In the beginning I had some problems reaching Tom Sandoval for some of my events. “

Jax said after the wedding drama he just needed a break from Sandoval.