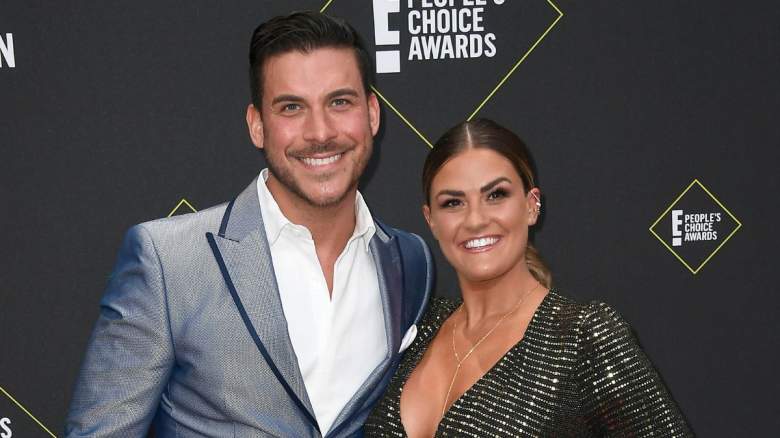 Jax Taylor recently broke the record about his marriage on Instagram Live, telling Bravo fans that he and Brittany Cartwright are not breaking up.

Some fans had speculated ahead of the holidays that there was trouble in paradise because the couple didn’t share photos on social media, but Taylor assured them the former ‘Vanderpump Rules’ couple was fine.

During Taylor’s Instagram Live, part of which was saved and shared on Reddit, he received questions from fans about a possible divorce and replied, “Divorce? I don’t know why people say divorce, are people bored at home need to talk about divorce?”

Firmly saying he “never gets divorced,” he reiterated, “I don’t know whoever says I’m getting divorced, why would I get divorced? … I guess people are bored in the office I have to be kidding.”

Taylor then concluded that his and Cartwright’s marriage was “stronger than ever” and said they were considering the opposite of a divorce. “We’ll probably get married again,” he shared.

Taylor’s comments on the state of his marriage came after fans speculated about the couple ahead of the holidays. According to The Sun, fans noted that the former “Vanderpump Rules” stars hadn’t posted any photos of themselves together in many weeks and that Taylor hadn’t commented on Cartwright’s photos.

They also said that Cartwright has not commented on her husband’s photos since their family trip to Mexico in August. Additionally, Taylor mostly stayed home in Los Angeles while Cartwright and her son Cruz took a week-long vacation to Kentucky. According to The Sun, Taylor said on Instagram Live that he needed a “break” from his family.

However, the couple released several photos of their vacation together, which seemed to calm some speculation.

Cartwright and Taylor have been married since June 29, 2019, when they tied the knot in front of friends, family and plenty of bravolebrities in a lavish ceremony in Kentucky.

As Cartwright mentioned in “Vanderpump Rules,” getting married at the Kentucky Castle Hotel had been her dream since she was a young girl, and the location was the location chosen for her wedding. Joining Cartwright on her big day were her VPR co-stars Kristen Doute, Scheana Shay, Lala Kent, Stassi Schroeder and Ariana Madix with Katie Maloney in the role of Matron of Honour.

Taylor had two groomsmen, Tom Schwartz and Tom Sandoval, and Kent’s now-ex Randall Emmett as groomsmen. Several other Bravo stars were also in attendance for the big day, including Lauren Wirkus and Stephen McGee from the early Summer House seasons and Shep Rose from Southern Charm.

On April 12, 2021, Taylor and Cartwright became parents when they welcomed their son, Cruz Michael.