JAW-DROPPING: Julia Fox bares her bum in NSFW outfit as she hits the streets of New York 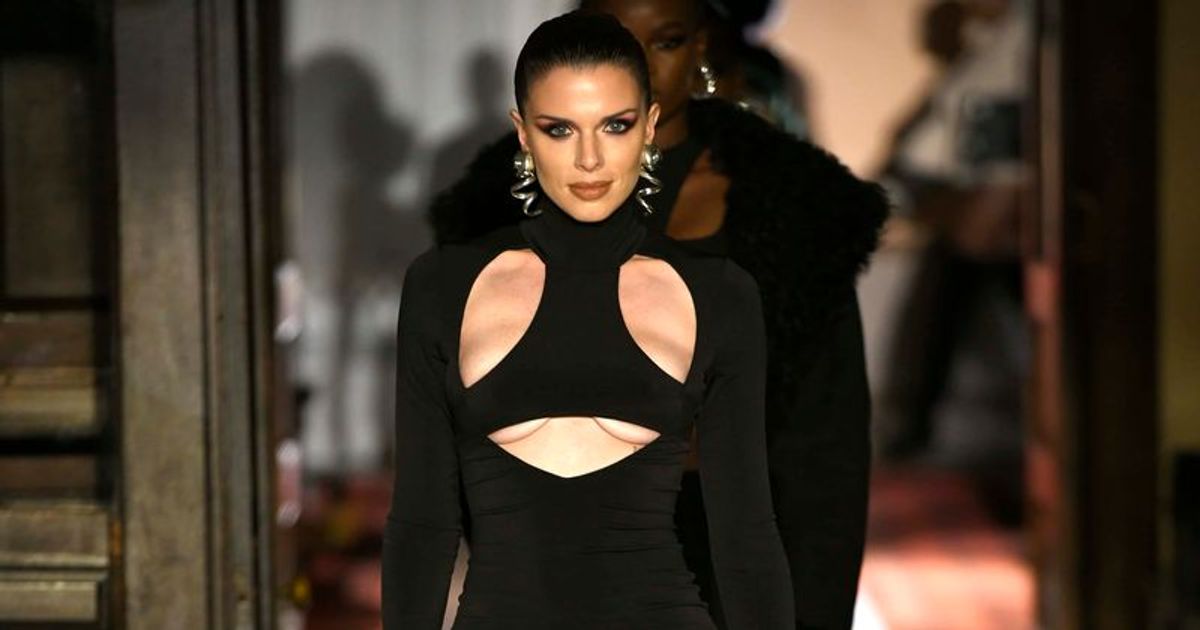 Fox knows how to draw attention in streetwear, whether it’s showing off a cleavage, shopping in her knickers, or wearing a Hanes tank top as a skirt

On Monday evening, June 20th, Julia Fox strolled the streets of New York in another stunning ensemble. The ‘Uncut Gems’ actress showed off a bit of underboob on her way to dinner at the Mercer Hotel while wearing a tie crop top by Alejandre with a large cut-out at the centre.

Fox replaced her usual black suit with a charcoal gray suit and paired the daring long-sleeved blouse with the brand’s low-rise leggings. The chaps-style pants appeared to have Alejandre’s “double knickers” ($65), but the silver studded bikini-like bottoms are actually attached to the pants and had another strappy thong-like addition at the top. The loose gray pants with huge cutouts on the sides revealed Fox’s top booty at the back with criss-cross strap detailing.

“No one checked on you until Kanye”: Julia Fox scoffed for saying bleached eyebrows gave her anonymity

Fox’s new appearance caused a fan frenzy on Twitter. Analyzing the mood of the outfit, one fan tweeted, “She’s very Fifth Element.” Another spoke about how uncomfortable the outfit was: “How the hell do they wear hours in that type of clothing? This is so uncomfortable!”

An unusual weight analogy was picked up by another fan, who wrote: “I have to date Kanye. Everyone loses 20+ pounds after breaking up with them,” while one person believed they were too old to wear such an outfit: “Sometimes I worry I’m too old to wear crop tops.” , then Julia Fox comes out with a different look and I feel vindicated in my clothing choices.”

Fox offered such a “service” earlier on Monday, when she posted a TikTok tutorial showing how she fixed her mother’s old bikini top after she broke the clasp with a St. Marks Place piercing. This week she also wore a skirt made entirely of Polaroids of herself in a video for Vogue Czechoslovakia.

Fox, who can be seen on the magazine’s July cover, wrote on Instagram that she didn’t know her session was for the cover until it was done. She wrote, “I thought it was just a spread and honestly I was just so lucky to even be in fashion I didn’t care!!”