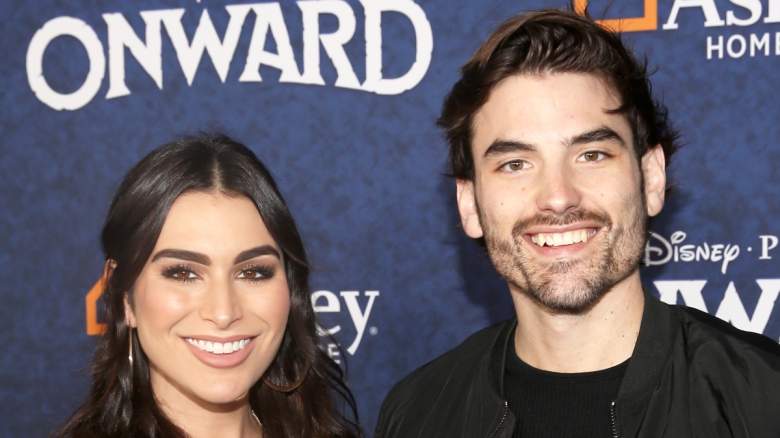 Bachelor in Paradise stars Jared Haibon and Ashley Iaconetti have had a lot of big life changes in the past year, and another big one is on the horizon. They have their first child, Baby Dawson, they’ve bought their dream house and opened a coffee shop. This all happened after they moved back to Rhode Island from California, where Haibon liked to live. Unfortunately, they quickly realized that the trip to Haibon between their rural home and the cafe was too much, and they are planning another move. According to Haibon’s updates during his latest podcast episode, the family may be on the verge of coming up with a plan.

During the episode of “Help! I suck at dating with Dean, Jared &….” Iaconetti could be heard urging her husband to do something in the background. Unglert asked what was going on and Haibon shared the latest. As it turned out, Iaconetti had to have her husband sign some urgent papers.

As Haibon explained, the house where the family currently lives is in a more rural area. When they bought the house they figured the 35 minute drive to the coffee shop would be fine. In reality, they have realized that it is not working well for their family. As Haibon said, “It’s impossible.” He works about 60 hours a week, six days a week, leaving Iaconetti at home alone with Dawson most of the time. He drives home in the early hours of the morning and she is quite isolated given the location of her home. Although they only bought the house last December, they had some difficult conversations and started looking for a new place.

Haibon noted that the couple looked at 10 to 12 houses and fell in love with one. They made an offer, but as Iaconetti recently detailed, they were significantly outbid. However, now they have found something else they love. Haibon shared that the decision to move was difficult and many discussions have been held about it. Ultimately, Haibon said, they decided that improving their quality of life in the short term was a priority, which means they’re moving now.

The urgency that surfaced during the podcast recording related to a condo the couple were looking at that morning. They were enthusiastic and made a verbal offer to buy. The seller signaled that he was likely to accept the offer, so Haibon and Iaconetti rushed to submit a formal, signed offer. She needed her man to sign things so she could keep things going.

The condo is “relatively in our price range,” Haibon noted, and he said it’s “fucking great, it’s great, it’s literally four minutes from the shop.” Located in a beautiful area of ​​Rhode Island, it’s “everything , what we want”. Haibon felt a bit of pressure to make the offer, and joked that Iaconetti was “doing the woman thing,” speaking up in the background and urging him to focus on what she needed from him.

Haibon added that they considered renting out the current house if they buy something new, but they believe it’s not practical given the location of the current house. Rather, they may envision building a new home in about four years and renting out the condo they hope to buy now. They can wait a while with that decision, and for now they just hope that they’ve finally found the right plan for their immediate future.