Jan. 6 Riot Hearings: What Did Liz Cheney Mean by Trump’s ‘Seven-Point Plan’ to Cancel the Election? 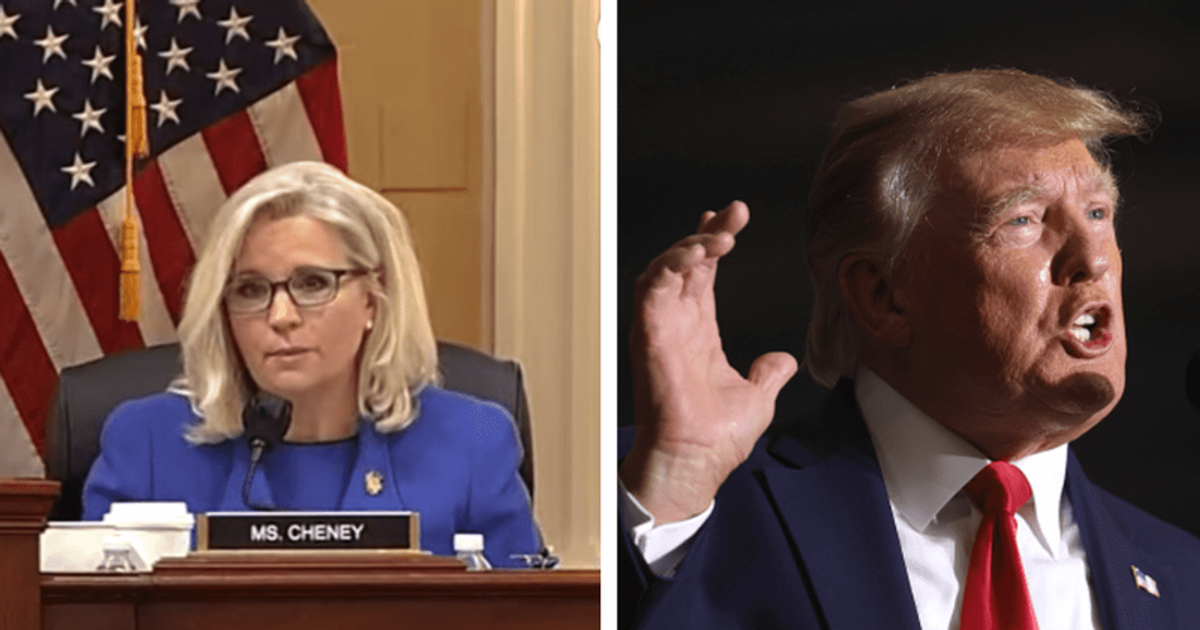 Rep. Liz Cheney, a critic of Donald Trump and one of only two Republicans on the panel, addresses the former president directly in her opening statement, emphasizing his efforts to remain in office despite losing the election. Cheney said the audience will hear testimonies that the president did not want to call off the riot or ask supporters to leave the Capitol. “Mr Trump has denied wrongdoing and said he was not responsible for the violent actions of supporters. He continued to falsely claim the election was stolen,” she said. Trump’s “intent was to remain president … despite the legitimate outcome of the 2020 election and in violation of his constitutional obligation to relinquish power,” Cheney added.

She said the rioters who breached the Capitol and fought with police were motivated by Trump’s actions, who falsely claimed the election was stolen from him. “President Trump summoned the mob, rallied the mob, and lit the flame of this attack,” Cheney said during the committee hearing, directly blaming former President Trump for the Jan. 6, 2021 Capitol riot.

“Those who marched into our Capitol and spent hours fighting law enforcement were motivated by what President Trump had told them: that the election was stolen and that he was the rightful president,” Cheney said in her 30-minute opening statement . Cheney said former President Donald Trump has an “elaborate seven-point plan” to overthrow the 2020 presidential election over the course of several months. Cheney did not elaborate on the specifics of the plan in her opening statement.

A source on the committee provided CNN with the details of the “elaborate seven-part plan”:

1. President Trump went to massive lengths to spread false and fraudulent information to the American public, claiming that the 2020 election was stolen from him.

2. President Trump corruptly planned to replace the incumbent Attorney General so the Justice Department would support his bogus election claims.

3. President Trump corruptly pressured Vice President Mike Pence to refuse to count certified electoral votes, which violates the US Constitution and the law.

5. President Trump’s legal team and other Trump associates instructed Republicans in several states to compile false electoral lists and submit them to Congress and the national archives.

6. President Trump summoned and rounded up a violent mob in Washington and ordered them to march on the US Capitol.

7. As the violence raged, President Trump ignored several pleas for assistance and took no immediate action to stop the violence and order his supporters to leave the Capitol.

Cheney went on to say in her opening statement that it was former Vice President Pence, and not former President Trump, who called on the military to defend the US Capitol during the riots. Trump “is not calling on any element of the US government to order the defense of the Capitol,” Cheney said. “Trump did not issue an order for the deployment of the National Guard that day and made no effort to work with the Justice Department to coordinate and deploy law enforcement assets,” Ms. Cheney said. “But Mike Pence did all those things.”