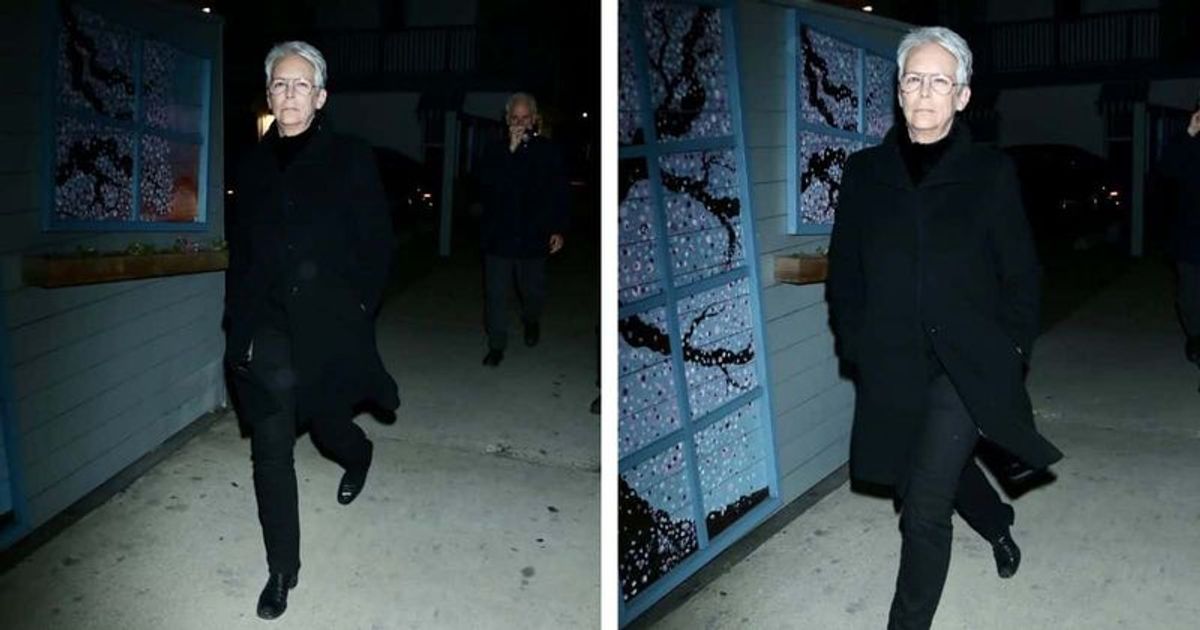 LOS ANGELES, CALIFORNIA: Knives out at dinner for Jamie Lee Curtis. The veteran actress was spotted outside LA’s busiest celebrity haunt, Giorgio Baldi restaurant. Curtis performed after showering Lindsay Lohan, her Freaky Friday co-star, with praise on her comeback to Hollywood with her new movie, Falling for Christmas.

Curtis’ most recent appearance in Hollywood was in the horror film Halloween Ends, in which she starred alongside Rohan Campbell and Andi Matichak.

‘Pro-Aging’ Jamie Lee Curtis Speaks Out Against Botox and Plastic Surgery, Says ‘None of It Works’

Curtis was spotted outside the Giorgio Baldi restaurant in a black shirt underneath a black trench coat. She paired it with black pants that were a shade lighter. She wore black shows and also glasses. Sporting her signature short white hair, she was strolled out of the Santa Monica restaurant in style.

This public appearance comes amid reports that Curtis is set to receive the Hollywood Icon Award at the Women’s Guild Cedars-Sinai Disco Ball. According to The Hollywood Reporter, the legendary actress will be honored at the event, which will be held on Wednesday, November 30 at the Beverly Hilton Hotel. It will be hosted by Jason Alexander from “Seinfeld”.

Curtis comes with this honor following a year of successful films with her performance in Halloween Ends and her much-revered role opposite Michelle Yeoh in the acclaimed film Everything Everywhere All at Once. Curtis is set to star as Madame Leota in Disney’s Haunted Mansion.

Popsugar previously reported that Curtis also had her hand and footprint ceremony at the TCL Chinese Theater in Hollywood. She had attended the ceremony with her husband Christopher Guest and their daughters Annie and Ruby. Some of her close friends and co-stars were also in attendance, including Arnold Schwarzenegger and Melanie Griffith.

Speaking at the event, ‘Terminator’ star Schwarzenegger reportedly said: “There are a lot of stars here in Hollywood who might have a hit or two. This woman has had hits for more than four decades. Think about it. One hit after another for more than four decades, no matter the genre. If it’s a comedy, if it’s a love story, if it’s an action movie or whatever it is, she can do it. I’ve seen that firsthand.”