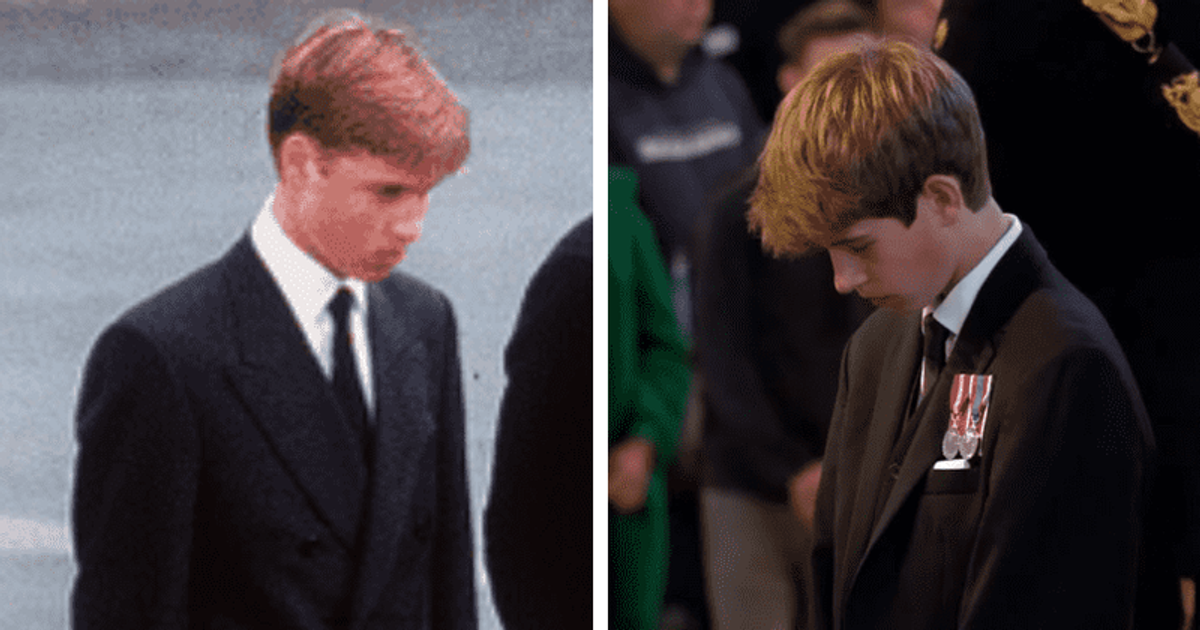 Prince William was 15 when he walked behind Princess Diana’s coffin while James, 14, attended the vigil for his grandmother

LONDON, UNITED KINGDOM: Royal fans were pleasantly surprised by the calm composure of James, Viscount Severn as he stood guard during the 15-minute vigil for the Queen on Saturday September 17. The 14-year-old Earl of Wessex embodies dignity and grace The elder son reminded people of a young Prince William walking behind his mother’s coffin during her funeral in 1997.

James stood guard by his grandmother’s coffin in Westminster, head bowed, maintaining a stoic calm throughout. People have taken to social media platforms to praise the youngster for showing a maturity well beyond his years as he walked alongside his sister, Lady Louise Winsdor, 18, during the vigil, accompanied by the other of his cousins.

Given the young viscount’s manners, people have praised Prince Edward and the Countess of Wessex for raising their children. One user wrote: “I am so sorry for Lady Louise Windsor, 18, and James Viscount Severn, 14. You are always impeccably well behaved and respectful, you are a credit to Prince Edward and Sophie, Countess of Wessex. The Queen would be so proud of her today #Queen #lyinginstate #QueenElizabeth.” While another wrote, “You stole my heart too. Louise is 18 and James is 15. You are very brave and make up for your late grandmother and her parents watching very proud.” #LadyLouise #JamesViscountSevern #Royalvigil #QueenElizabeth”

Young James has earned people’s respect by accompanying his cousins, who are all much older and have a lot more experience. “I honestly don’t know how James, Viscount Severn managed to stand guard with his cousins. He is a 14 year old boy. so brave I couldn’t have done this if it was me,” tweeted another. One user called him “admirable” and wrote: “Not much is heard or seen of him but after today I have a great deal of respect for James, Viscount Severn. An admirable young lad.”

“Imagine you are 14 and standing guard next to your grandmother’s coffin. That was admirable of James, Viscount Severn,” sympathized another.

At the same time, there were others who didn’t like the comparison between James and William. One user disagreed with the comparison, instead arguing that the young viscount bears a far more striking resemblance to Prince Harry than just the “blonde bangs” that resemble William’s. “Er, sorry: this is James, Viscount Severn and Prince Harry. Harry also stood stoically behind his mother’s coffin. Because of a bloody blonde pony, Harry’s little twin is now a copy of brave William? I’m officially Team Harry. #PrinceHarry #PrinceWilliam,” the person wrote.