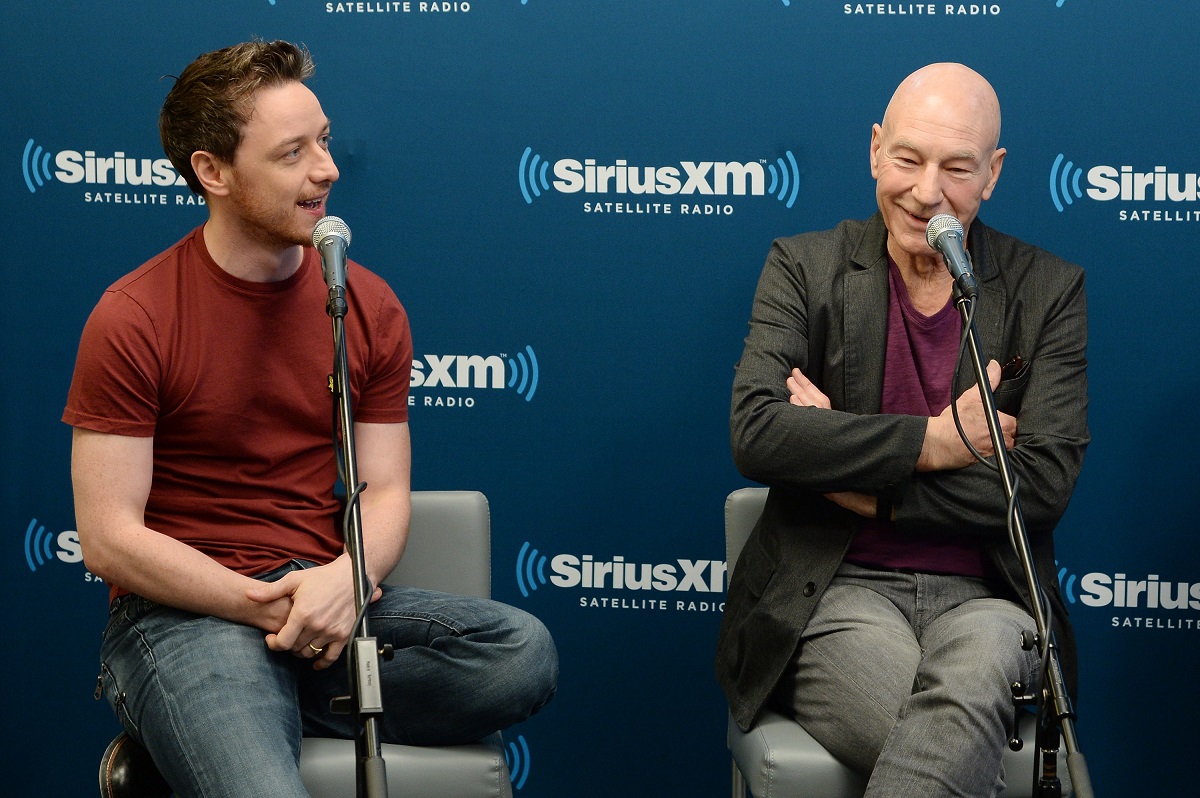 Actor James McAvoy had the opportunity to play Marvel superhero Professor X in the reboot X-Men Franchise. He eventually played the role alongside the original Professor X Patrick Stewart in one of the films.

But when he and Stewart shared a moment in the film, parts of it reminded him of a love scene.

James McAvoy played a younger version of Patrick Stewart’s Charles Xavier in 2011 X-Men: First Class. The film would act as a prequel to the original X-Men Films directed by Bryan Singer and Brett Ratner. With First class Directed by Matthew Vaughn, it would also function as a reboot of sorts.

When McAvoy was first offered the script, he found it challenging to envision himself in the role. This was because Stewart was so closely identified with the original Professor X.

“I didn’t see myself as the archetype of Sir Patrick Stewart, bald, Jean Luc Picard Professor of the Starship Enterprise,” McAvoy once said, according to Collider. “It was quite difficult to get my head. I read the script, or the first 40 pages that existed at the time, and I realized that we could take the character in a very different direction. Have a lot more fun with him, make him a little sillier, a little drunker, a little hornier. And that was a lot of fun.”

McAvoy would eventually reprise his role as Professor X in the First class Consequence X-Men Days of Future Past. The project saw Singer return to direct X-Men Franchise. With the film involving time travel, the film would focus on the newer two X-Men Actors and their predecessors. These included McAvoy and Stewart, who played the same character at different points in their lives.

Unlike the previous film days of the future past really felt like passing the torch to McAvoy. And the way that torch was passed from Stewart to himself was extraordinarily intimate for the actor.

“Even though I had previously played Charles in another film, it still felt like I was being privy and like a baton being passed,” McAvoy once said XFM radio (via Contact Music). “It was a very ceremonial scene in a very ceremonial place. We were in a convent and the set was very quiet and the director made it… much more like a sex scene.”

McAvoy went on to explain that it was the atmosphere created in the film that gave him that feeling.

“You know that when it comes to sex scenes, we make sure that nobody is on set. It’s just the tone arm operator, the cameraman, and you don’t have a lot of people staring at you…usually we do,” he continued. “And it was a little more like that. Clearing the set, making it very quiet, very reverent, that was kind of cool. It felt like I was being initiated into some kind of superhero cult!”

Stewart was very friendly and supported McAvoy, who took on the role of Professor X. Stewart even joked that he enjoyed the idea of ​​fans confusing McAvoy with himself in the future.

“I’ve never looked so good,” Stewart said in an interview with Good morning America. “So I thought maybe people would remember that I looked like James McAvoy.”

“There were moments in this film where I clearly saw Professor Xavier in James, but there were even scarier moments where I saw Patrick Stewart, especially in profile, in James’ profile,” Stewart added.

RELATED: ‘My Son’ star James McAvoy wanted to be a missionary, not an actor