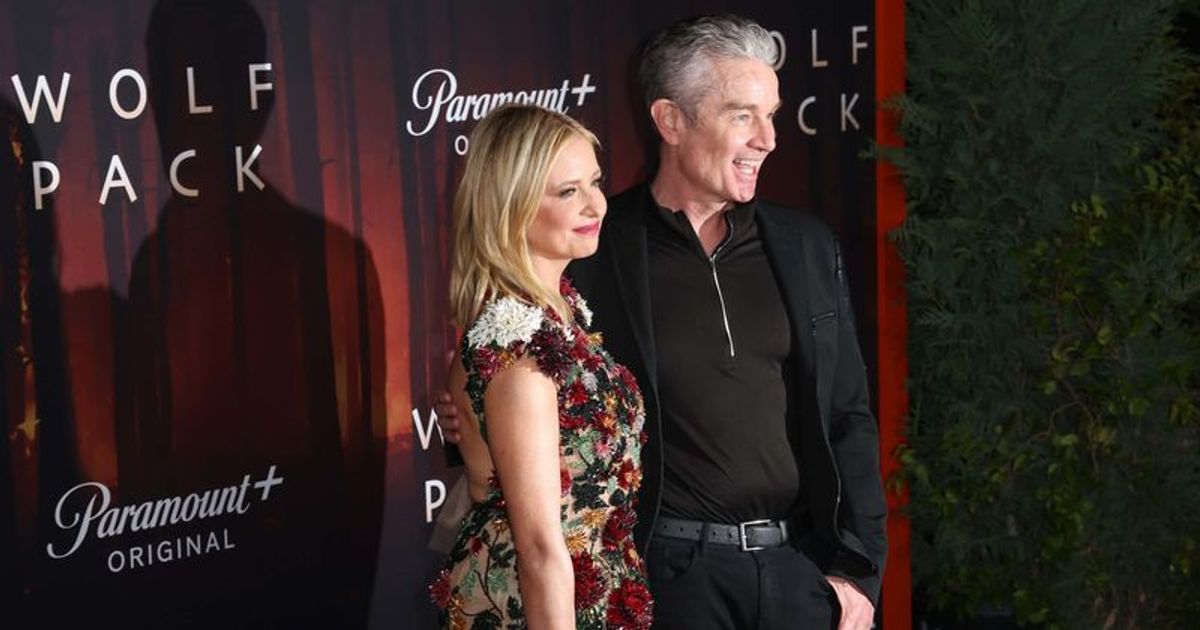 LOS ANGELES, CALIFORNIA: Actor James Marsters is now a Silver Fox! The actor looked older but was still recognizable as vampire Spike when he attended a premiere to launch his former co-star Sarah Michelle Gellar’s new Paramount+ series Wolf Pack in the US. The California-born actor, 60, is best known for his role as the ‘bad boy’ vampire who played an antagonist in the first few seasons of the hit ’90s TV series ‘Buffy the Vampire Slayer’ before becoming a real-life member of ‘Scooby’ went gang’. Since then, he has starred in other Supernatural, sci-fi, and detective shows, and also cemented a career as a rock artist.

It was a “Buffy” reunion moment when Marsters walked the red carpet at the “Wolf Pack” premiere with his former screen lover Sarah Michelle Gellar, who played Buffy. The two smiled for the cameras as they leaned into each other with James’ hand resting on Sarah’s back. While Sarah Michelle Gellar made her way into the film industry after Buffy wrapped, Marsters landed another iconic recurring role as Captain John Hart in Doctor Who spin-off Torchwood. The role was written specifically for him by showrunner Russell T Davies. He also appeared in the crime drama Hawaii Five-0, playing mastermind Victor Hesse.

After proposing to Rahman in May 2010 in Trier, Germany, the two became engaged while she was studying fashion. They reportedly met a few years earlier at a concert in Amsterdam and later married in Los Angeles in January 2011,” Marsters told People magazine in 2006. “I gave her my number, but she got one digit wrong It took her six months to call all the different combos.”

Marsters was previously married to Liane Davidson and the couple have a son, Sullivan, 24. The actor ended his marriage to Davidson in 1997 after eight years of togetherness.

Latestpagenews previously reported that Sarah Michelle Gellar has explained that of her two children, her daughter is more inclined to social media than her son. She reportedly said that her son “doesn’t care” about being a part of the social media world, but her daughter seems to have taken a liking to it. This has prompted Gellar to speak to her daughter about the “permanent” nature of what she posts online on platforms like Instagram or TikTok.