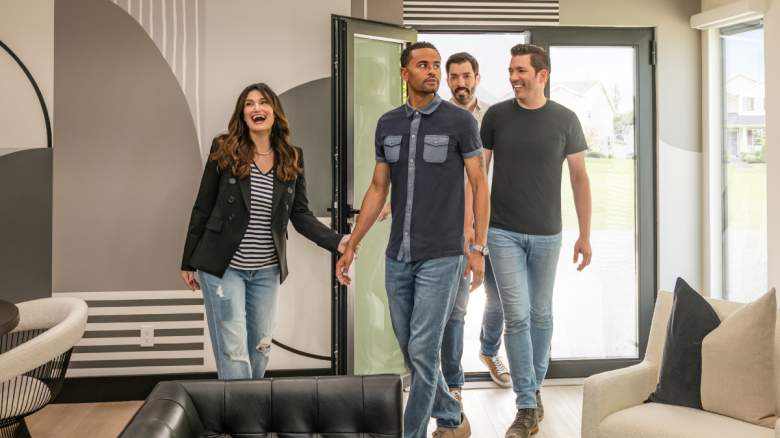 James Hunt is a children’s mentor and runs a youth basketball program in Los Angeles, California. Among the children he works with is actress Idina Menzel’s 13-year-old son, Walker Diggs. The Wicked and Frozen star turned to Celebrity IOU to surprise Hunt with renovated office space and training facilities.

Menzel teased the upcoming episode on Instagram, writing, “Coach James (@culturerunny) is an incredible mentor to my son with a new garage that needed a vision from @propertybrothers!”

Hunt commented, “Such an amazing experience and blessing.”

Though raised in New York City’s Lower East Side from what HGTV described as “humble beginnings,” Hunt developed a love of basketball from an early age.

Praising his father, Hunt told Voyage LA, “He inspired me to strive and focus on the journey regardless of the obstacles.” The Culture Run founder revealed those obstacles were both athletic and financial.

“To achieve my basketball dreams, I had to commute three to four hours a day by myself to school and AAU practice,” he told Voyage LA. “I had no choice but to grow up fast as NYC train life wasn’t always the most comfortable. There were days when I had to protect myself just for driving through the wrong parts of NYC. Gym memberships were not financially viable and sometimes I had to work on my game in the freezing cold.”

However, he credits the experience with developing his independence and self-confidence.

“During that daily commute, I learned to multitask and do my homework/studies knowing I had other commitments back home,” he added.

Hunt moved to Los Angeles, California in 2005 and began coaching and managing Los Angeles Lakers’ Smush Parker, according to Voyage LA. As he told the publication, “This experience helped me find my niche that led to successful business relationships.”

As Hunt went on to explain, those relationships include not only Menzel and her ex-husband Taye Diggs, but also former NBA stars Shaquille O’Neal, Marques Johnson and Candace Parker. He has also worked with brands – like Nike and Adidas – and business owners.

“My father’s expertise, my business connections and many amazing experiences from the East Coast to the West Coast are at the heart of my organization,” he added.

“After losing both of his parents in a short span of time, he immersed himself in expanding his program to help children learn the sport and inspire them to dream big,” reads a press release. HGTV added that he teaches “gaming skills and life skills.”

As a result, he serves as a mentor and coach for children – like Menzel’s son Walker. In fact, the Hidden Gems actress told HGTV that Hunt “is like family and has been training and mentoring her son for five years.”

According to the program’s website, “Culture Run” consists of a private small group of players. Each athlete is taught the fundamental aspects of the game based on their current skill level.”

Hunt independently released a book of quotes, “Quotes I Live By” on February 28, 2022. The 26-page book currently has 5 stars on Amazon.

“My way was long. This book of quotes was inspired by life experiences during the journey,” reads the book description. “My goal is to inspire others to live and pursue their goals and dreams. Sharing information from one’s life experiences is invaluable. It can open your mind and bring you closer to your goals. Each quote has its own perspective and influences the reader to think beyond their own reality. God has given us many gifts and it is our job to seek and find them.”

Menzel gets his hands dirty and works with Drew and Jonathan to create a permanent training facility at Hunt’s new home.

“To give James a space to watch movies, meet up with his players, and just relax, Idina will work with Drew and Jonathan Scott to transform his detached garage into a stunning office, complete with a sleek kitchenette, features a comfortable seating area, modern bathroom and more unique basketball-themed mural,” reads the episode description.