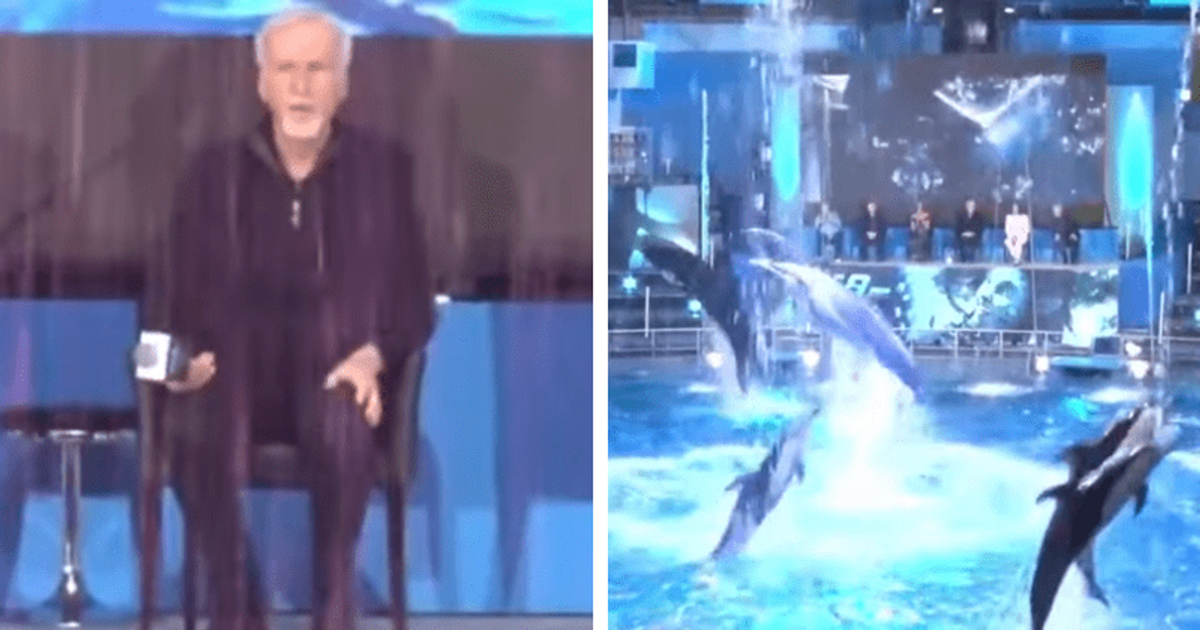 TOKYO, JAPAN: Canadian director James Cameron has sparked outrage among animal rights activists when he held a press conference on the ‘Avatar’ sequel at a dolphin show in Japan. The 68-year-old filmmaker has been accused of “supporting marine park cruelty” after attending the dolphin show as part of the Avatar: The Way of Water promotional tour in Tokyo. Cameron watched the dolphins perform in a small tank at the marine park alongside actors Jon Landau, Zoe Saldaña, Sam Worthington, Sigourney Weaver and Stephen Lang.

While addressing the fictional world the Avatar films are set in, Cameron introduced the show by saying “Welcome to Pandora” before dolphins entered the pool with two trainers. The dolphins were seen performing tricks in the water, with the two trainers being lifted into the air by the aquatic mammals. The actors, lined up, cheered and clapped throughout the show as “The Way of the Water” rolled on a screen behind them.

Cameron joked after the show that he was sure “everyone asked permission for the animals to be on the show,” which featured more than six dolphins jumping across the pool at once. “I love these animals, I love their intelligence. I love their sociability, their ability to connect with us, interact with us and learn from us said.

Cameron has been criticized for taking part in PETA’s controversial dolphin show. “James Cameron has waited 13 years to develop the right technology to bring Pandora’s underwater world to life,” PETA US senior vice president Lisa Lange told Plant Based News. “Then why on earth didn’t he pause for five minutes to consider whether he should have come forward as an advocate for marine park cruelty?” use — riding on their faces in circus-style shows — is something the villains of Avatar would avoid those cruel parks.”

Another activist, Bailey Mason, said: “As a high profile environmentalist, James Cameron should never associate himself with dolphin captivity. Dolphin shows are cruel, not conservation.” According to PETA, dolphins suffer physical and behavioral harm during live shows and in captivity. Of most concern is the practice by trainers of riding dolphins through the water while standing on their backs and beaks.

The marine mammals’ sensitive lower jaws are so strained by such stunts that their hearing can be damaged, joints and muscles injured, and other injuries caused by confinement in holding tanks where the dolphins are held can be exacerbated.