Jake Gyllenhaal was REALLY shocked after learning Dennis Quaid had previously played his dad on The Day After Tomorrow. 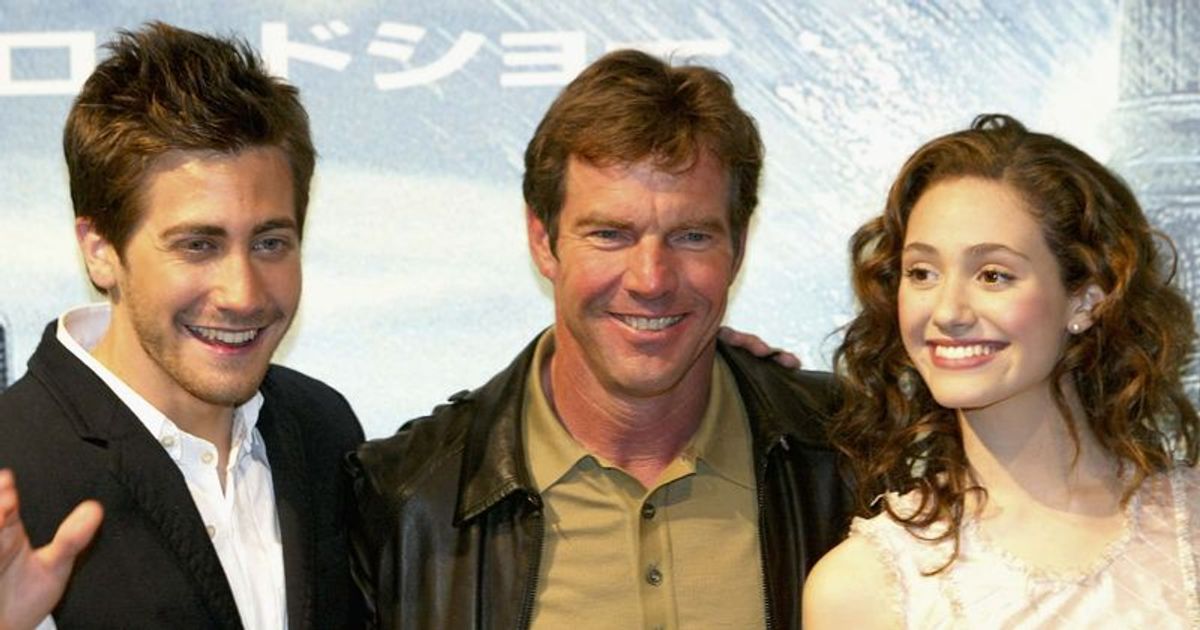 LOS ANGELES, CALIFORNIA: Jake Gyllenhaal is one of those actors known for having a blast at interviews and press parties. He always gives bizarre answers and is not afraid to laugh at himself. But make no mistake, he’s one of the most brilliant actors in the business and has the credentials to prove it. Gyllenhaal is now set to take viewers on a compelling but strange journey with the upcoming animated film Strange World, and something really strange happened while he and his co-star Dennis Quaid sat together at the press party for the latest film.

This isn’t the first time Gyllenhaal and Quaid have worked together. In 2004, the duo played the father-son duo in the sci-fi disaster film The Day After Tomorrow. In the film, Quaid plays the role of a paleoclimatologist named Jack Hall, who says climate change could cause an ice age, but the US vice president dismisses his concerns. Things go downhill, however, as three gargantuan superstorms over Canada, Scotland and Siberia freeze anything in sight with lightning speed. Meanwhile, in New York, his son Sam Hall (Gyllenhaal) is competing in an academic decathlon as the storm hits the city. They do everything they can to protect the entire group while Jack sets out to save his son. The film came out 14 years ago and Gyllenhaal seems to have forgotten that Quaid played his father in the aforementioned film and was shocked to learn this when a journalist mentioned this fact during the interview.

The Guilty full cast list: Meet Jake Gyllenhaal and others from the Netflix film

During the press interview for “Strange World” with Yahoo Entertainment, the 41-year-old’s reaction went viral when he seemed to have forgotten that Quaid played his father’s role in Roland Emmerich’s disaster film. The interviewer tells Quaid that “You and Jake obviously played father and son on ‘The Day After Tomorrow.'”

As soon as the interview says so, the ‘Nightcrawler’ star jumps in and says: “Did we? Oh oh oh! Wow! That’s the guy who played my father.”

Quaid joked as he said, “This is the first time we’ve been in a room together.” Gyllenhaal added, “Wow, that’s cool. You know we did a lot of interviews and you just blew me away.”

To be honest, Gyllenhaal’s reaction seems genuinely genuine because they didn’t film many scenes during The Day After Tomorrow since they were filmed in different locations. Surprisingly, Quaid also voices the role of Gyllenhaal’s father in Strange World, and even this time they couldn’t spend time together because they voiced her character at different times.

However, it can also be a prank because Gyllenhaal has been known to pull such pranks. Who can forget the classic “melancholy” prank during the “Velvet Buzzsaw” press tour?

Strange World follows the journey of Clades, a family of legendary explorers who must sort out their differences as they embark on a journey to a mysterious planet called Avalonia, inhabited by surreal lifeforms, in order to recover Pando, a new plant rescue. Quaid voices the character of Jaeger Clade while Gyllenhaal voices Searcher Clade in the film.

Other actors set to star in the film include Jaboukie Young-White, Gabrielle Union, Lucy Liu, Karan Soni and Alan Tudyk in key roles.