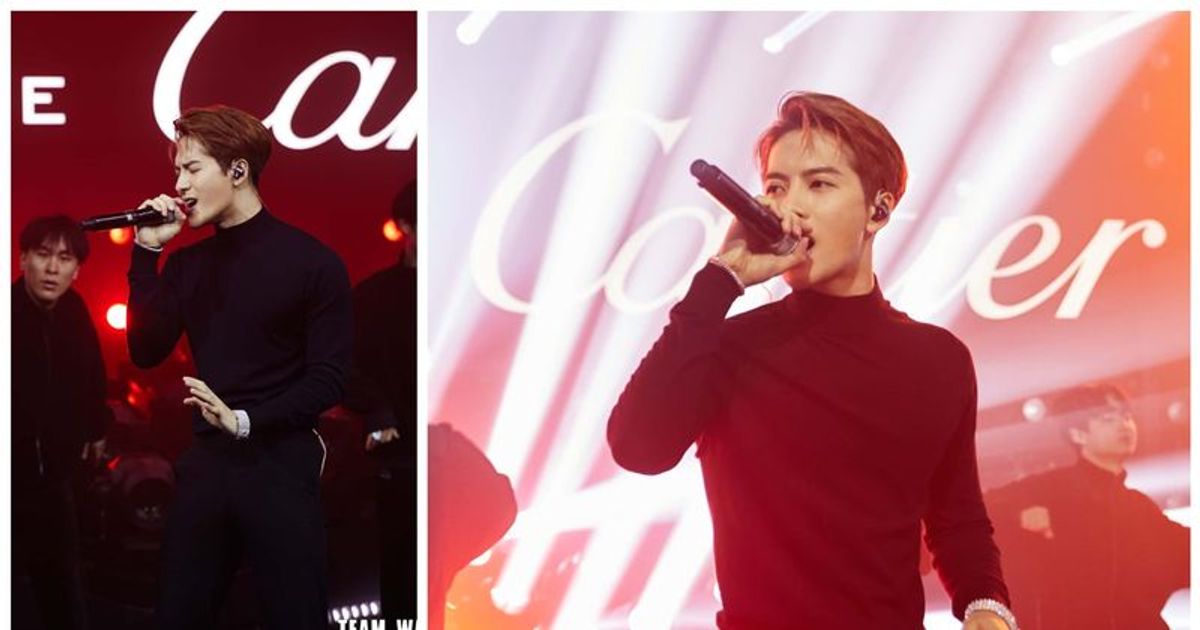 Jackson Wang wore a black turtleneck and pants and took the event by storm by performing “Dway” and “Leave Me Loving You”.

GOT7 members are all busy with their solo projects, but we know that Jackson Wang from China, the group’s Chinese member, was busy long before the group left their previous agency. As CEO of his label of the same name, Team Wang, Jackson keeps himself so busy that fans of the idol can never take a break from all the content that floods them. As the social butterfly he is, Jackson was spotted at a party for Cartier on November 25th. A video that showed the idol is the life of the party has now gone viral on social media.

It should be noted that Jackson has always been a brand magnet as company after company signed the singer-rapper as their global ambassador. Cartier is one such brand that Jackson has endorsed in China, where he is currently based, after taking a break from GOT7 group activities. On November 16, the luxury brand presented its new campaign entitled “Cartier Love Is All” (stylized in capital letters).

The campaign brought together several celebrities with advertisements filmed in Paris, Los Angeles (LA) and Shanghai. In addition to actresses such as Monica Bellucci, Lily Collins, Mélanie Laurent, the singers Willow Smith, Troye Sivan and many other personalities appeared on the show. The Shanghai event was dominated by none other than Hong Kong-born singer and rapper Jackson Wang.

TXT from K-Pop, Jackson Wang from GOT7 and K-drama actor Lee Jung-jae dominate the GQ Awards

At an event held for Cartier called “[UN]LIMITED Clash De Cartier ”on November 25th in Shanghai, Jackson was in the limelight and drew all the attention at the high profile event. This is not a new feat for Jackson, whose extroverted personality has earned him fans everywhere. That year Jackson chose to dress simply but looked “chic”, wearing a black turtleneck and black pants. Starting from the red carpet, the singer made himself known through funny interactions with other Chinese celebrities and adorned the Cartier wall with his autograph.

The video that took the internet by storm was Jackson Wang, who got all the attention by turning the branded event party into a personal mini-concert. The singer-rapper is featured for the first time in a video in which the entire crowd at the party turns away from the main stage area to instead look at Jackson Wang, who was standing in the back of the room. Many of them took Jackson’s pictures and videos. In one video like this, a woman could be heard in the background saying, “Nobody’s taking care of the party, everyone is just staring at him.”

Jackson turned the party into a concert when he took the stage to perform two of his fan-favorite singles “Dway” and “Leave Me Loving You” (LMLY), which looked neat in his all-black ensemble. His participation in the event announced him on Twitter, where he became the life of the party thanks to his megastar power.

Fans were mesmerized by Jackson’s pictures at the event, with one of them saying, “Oh … God!” while looking at pictures of the singer. Another fan said, “He’s doing so well.” A third commenter wrote, “When I say EVERYONE is watching Jackson Wang, that’s what I mean.” One fan posted a video of Jackson joking about the event with another Chinese celebrity, while another commented, “Jackson Wang is the moment.” A fan also posted a video showing Jackson dominating the crowd while gently sipping a glass of champagne.