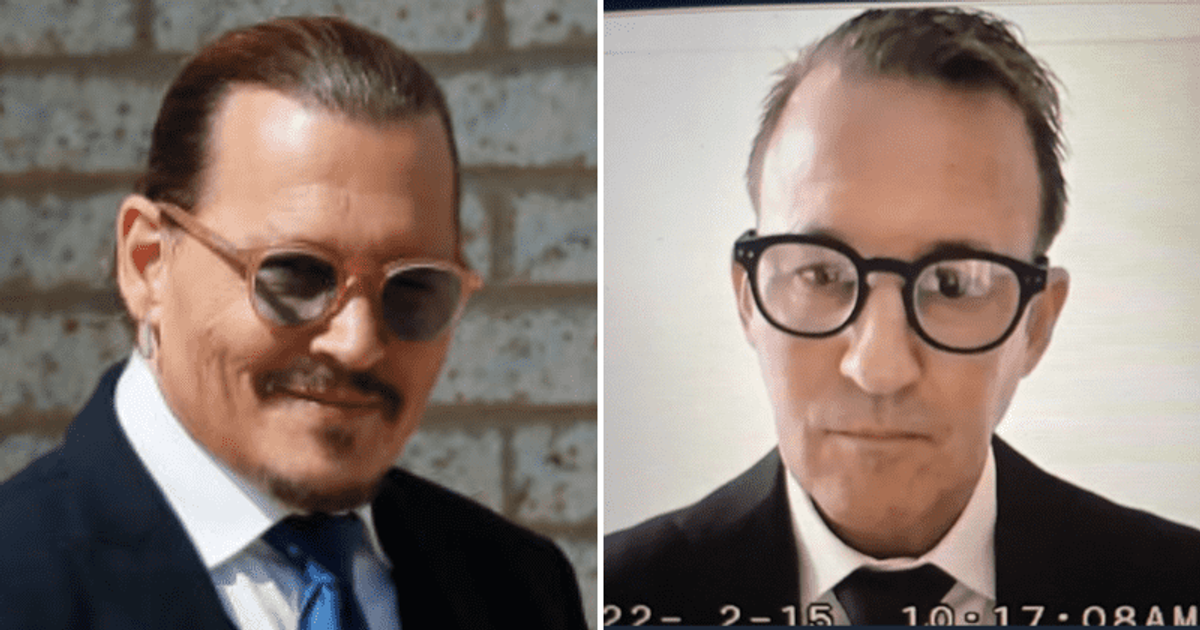 Depp and his attorney Adam Waldman laughed during the latter’s testimony, when he mentioned his “lifetime” ban from Twitter

Johnny Depp won his libel trial against Amber Heard after a jury ruled overwhelmingly in his favour, but his attorney Adam Waldman may face another battle against a “lifetime” ban from Twitter.

On June 1, a Virginia-based jury ruled in a unanimous decision that 36-year-old Heard had defamed 58-year-old Depp when she described herself as a victim of domestic violence in a 2018 op-ed for The Washington Post. Heard was ordered to pay $15 million in compensatory damages, including $10 million in compensatory damages and $5 million in punitive damages, but Judge Penney Azcarate reduced the punitive damages to $350,000 under Virginia state law. The jury also awarded Heard $2 million in damages and upheld her claims of defamation when Depp’s attorney, Waldman, called her abuse allegations a “hoax.”

Johnny Depp said he wanted to ‘move forward’, Amber Heard has an answer!

Waldman was brought into court Thursday, May 19, as a witness for Depp. He previously made headlines in 2020 when he was dropped from Depp’s legal team after being accused of leaking confidential information about Heard.

As reported by FandomWire, Waldman and Depp laughed during the former’s testimony when he mentioned his “lifetime” ban from Twitter. The attorney appeared in court via video link to answer a question about the ban from Heard’s attorney, Elaine Bredehoft. Waldman told the court that Depp continued to employ him as legal counsel and that he “saw evidence of things that point [Amber Heard’s] statements may be false.” The lawyer previously defended the actor in his 2020 defamation lawsuit against The Sun after the British tabloid called him a “wife beater”.

Shortly after completing his testimony in court, he took to Instagram to share a screenshot of his Twitter ban, including a quote from George Orwell’s Animal Farm foreword. “’Unpopular ideas can be silenced and uncomfortable facts hidden without the need for an official ban. The press is extremely centralized and most of it is owned by wealthy men who have every motive to be dishonest on certain important issues.’ -George Orwell’s preface to Animal Farm, 1945,” read the quote.

Waldman testified that he sent several letters to the microblogging site asking why he was banned. “To ask why I was suspended from their platform for life. And the response I got was multiple violations of their policy,” he said. “So I asked, could you provide an example of these multiple violations,” he continued. “And they responded by saying now they’ve appealed without my asking them… my suspension. Then they sent me another message saying I was suspended for life.” Waldman’s statement received a positive reception from many on social media, including statements from Elon Musk – who is in the process of buying Twitter – that the attorney’s credentials will be restored.