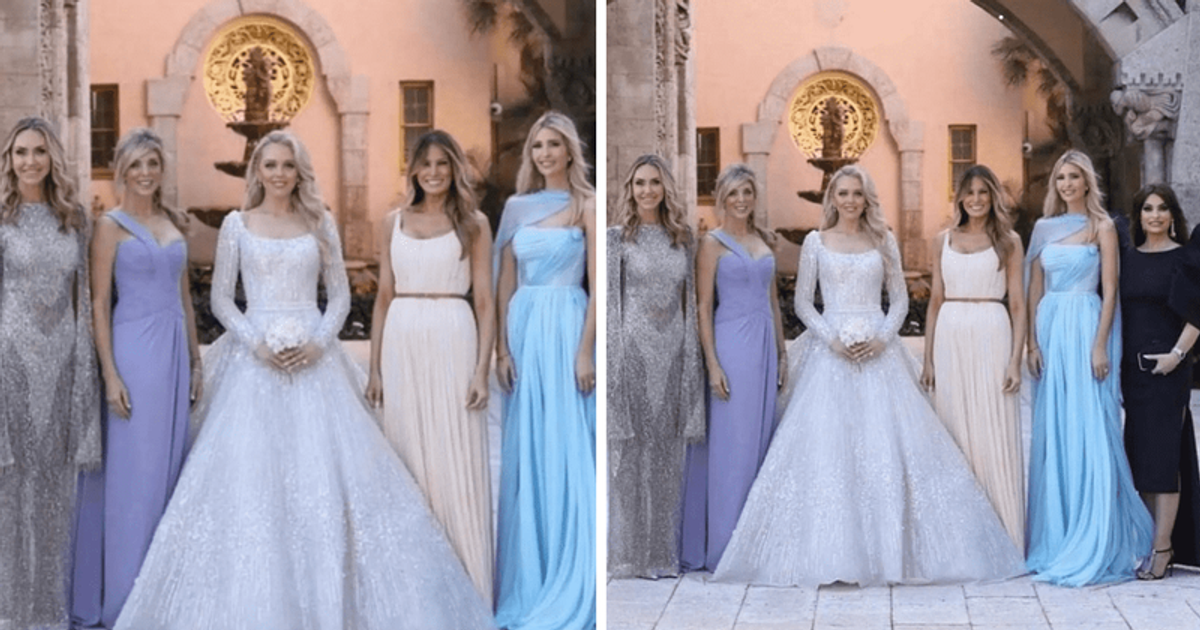 PALM BEACH, FLORIDA: Ivanka Trump has “apologized” for her “horrible” Instagram blunder by snapping her brother Donald Trump Jr.’s fiancée, Kimberly Guilfoyle, from photos of the family weekend wedding in Florida on Saturday, November 12 , cut out. Ivanka, 41, was maid of honor at her half-sister Tiffany Trump’s wedding. Tiffany married 25-year-old billionaire Michael Boulos, whom she met while vacationing in Mykonos with Lindsay Lohan in 2018.

Except for Guilfoyle, 53, who stood out in black at the end of the line-up, all the female members of the family wore pastel or gold dresses. Guilfoyle was cropped from the photos Ivanka shared on social media, which some claimed were a dig of Don Jr’s fiancee. Ivanka, however, appeared to have acknowledged her social media gaffe by later shared the original photo of all six women with heart emojis on her Instagram story.

However, Ivanka did not delete the original post or story. She followed with a video of former President Donald Trump giving her golf lessons and reposting the original photo to her Instagram Stories about four hours later, the report said.

Ivanka shared photos from Tiffany’s Mar-a-Lago wedding, including her father Trump walking his daughter down the aisle under a pastel floral arch, and the pastel bridal shower — one in particular that drew attention. Tiffany, dressed in a sparkly Elie Saab dress, was in the center flanked by her mother Marla Maples, dressed in purple, and her sister-in-law Lara Trump, dressed in a gold sparkly dress. Tiffany was flanked by her stepmother, Melania Trump, who wore a gold dress, and Ivanka, who wore a baby blue dress. Guilfoyle was standing next to Ivanka, dressed all in black. But the post in which Guilfoyle, 53, was cut out doesn’t appear to be intentional.

Of the series of pictures Ivanka shared in the post, she wrote: “When I was 12 my dream of having a little sister came true! From the moment I walked in, I held @tiffanytrump in my arms and looked into those big, kind, curious blue eyes. I was smitten. Tiffany exudes love, compassion and grace ~ attributes she will bring to her marriage to Michael. I wish Tiffany and Michael the best of luck and happiness as they begin their life together as husband and wife! May their love be a light source in this world!”