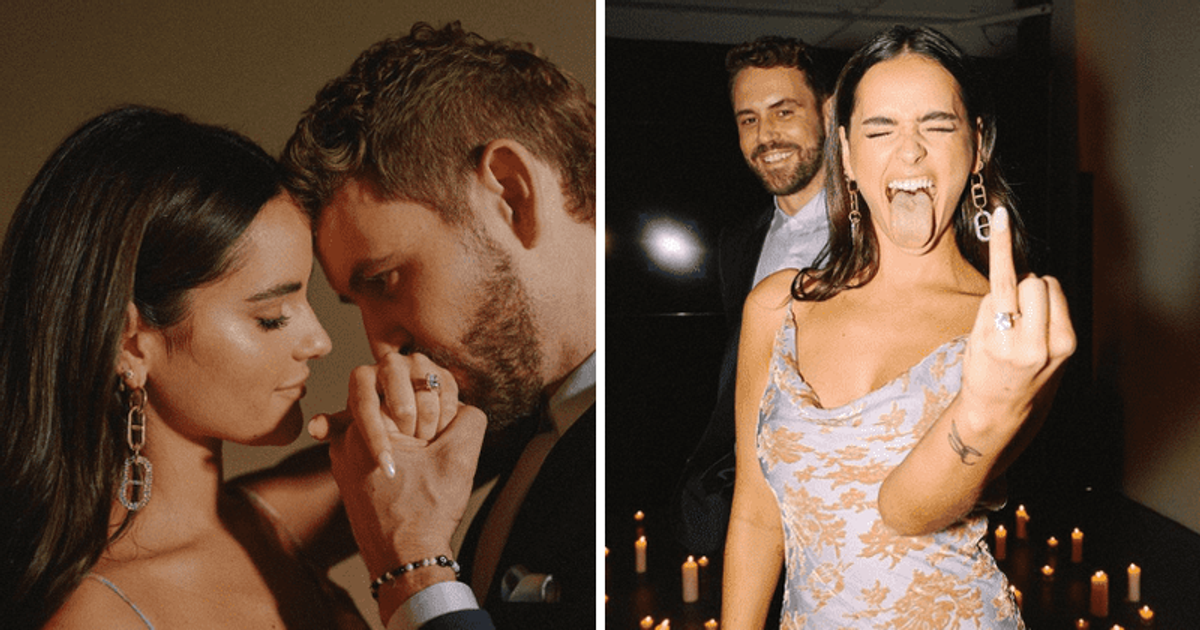 LOS ANGELES, CALIFORNIA: Nick Viall, a former contestant on ‘The Bachelor’, and his longtime girlfriend Natalie Joy are ready to spend the rest of their lives together. On Jan. 12, the couple uploaded a joint Instagram post announcing their engagement. The post, which includes a series of images from the couple’s engagement photoshoot, is captioned “It’s you for the rest of my life” by Viall, 42.

In one picture Viall kisses Joy’s hand and in another Joy poses for the camera showing off her engagement ring. In the comments section of the post, her friends wished the couple well. “Woo-hoo! Congratulations,” commented Teddi Mellencamp Arroyave, a former cast member of Real Housewives of Beverly Hills. ‘Vanderpump Rules’ cast member Ariana Madix added: “Congratulations!!

Without revealing too much about Joy, Viall also revealed that they met online. “She slipped into my DMs. It was very romantic,” he recalled. After spending some time together in person, the couple finally decided to go official. “We kind of kept hanging out and she eventually got to a point where she was like, ‘I want to date,’ and I was like, ‘I don’t know,'” he revealed. “She just said, ‘OK, that’s what I want. It’s fine, no big deal, but I’ll do my thing’ and she did it and I was like, ‘What?!’ … She went and showed me exactly what I would be missing.”

After going public, the couple shared more insights into their relationship. Joy posted several pictures of couples in anticipation of Valentine’s Day in 2022. “I’m so happy to feel incredibly loved every day that Valentine’s Day is just another Monday, with extra flowers and chocolate covered strawberries of course.”

The surgical technologist called Viall her “dream man” on Instagram that same week. Viall claimed he “wouldn’t have a relationship with” Joy unless he “believed it was possible” to marry her one day when their relationship became more serious. The following year, he admitted on the PEOPLE Every Day podcast that “everyone’s situation is different” when it comes to marriage.

“I think sometimes schedules can be a little bit dangerous, you know, setting the wrong expectations and hitting a certain schedule and all of a sudden… [you] have other priorities,” he previously explained. If they want to set a time, that’s great, but make sure it’s mutual.”