‘It’s not a job I took lightly’: Camille Vasquez reveals why she was chosen to represent Johnny Depp 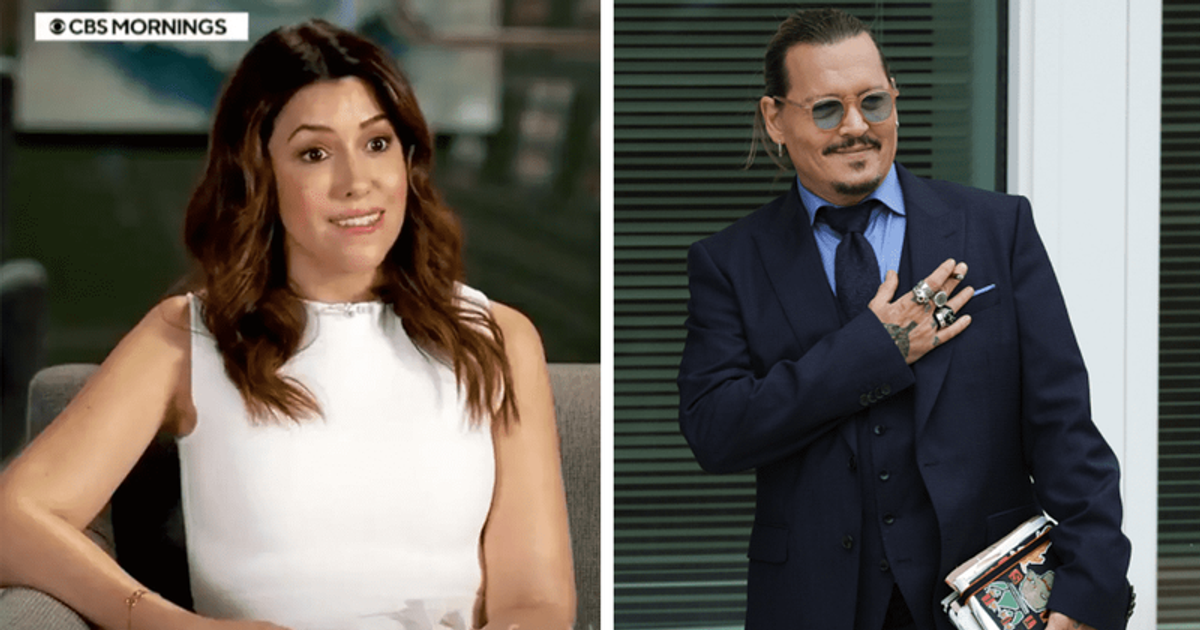 During an interview with Gayle King, Vasquez thanked Depp for giving her the opportunity to defend him in court during the defamation trial

In a teaser clip from her sit-down interview with now-famous attorney Camilla Vasquez on ‘CBS Mornings’, host Gayle King asked Vasquez actor Johnny Depp who specifically picked her for his high-profile libel case against his former wife Amber Heard. “It was important to have a woman on the team,” replied the 38-year-old lawyer.

King further asked her to explain the reason for her selection, to which Vasquez replied, “This case required a woman’s perspective.” Vasquez added, “And I was the lucky person who was chosen for this job.” “Do you feel lucky? Is happiness the right word?” King interrupted again. “I think so, yes,” Vasquez said. “I think hard work and luck – you can’t underestimate that there was a combination. Of course it’s a tremendous amount of hours, but it’s also a bit of luck, and it’s not a job I took lightly,” she said, adding, “This was his name, this was his life.” . It was important.”

The interview comes just a week after Heard filed a motion to appeal the jury’s decision ordering her to pay Depp $10 million in damages in the defamation trial. The appeal was filed in a court in Fairfax County, Virginia.

The seven jurors found that Heard defamed her ex-husband Depp by alleging that he physically abused her during their relationship. They awarded the ‘Edward Scissorhands’ star $10 million in compensatory damages and $5 million in punitive damages, although punitive damages in Virginia are capped at $350,000.

After the defamation case was closed on Depp’s behalf, Vasquez became an overnight star. TikTok was initially convinced the young lawyer was involved in a romantic relationship with the 59-year-old actor, but her blazing cross-examination questions and confident presence for her client quickly made a lasting impression. Among thousands of Vasquez fans, a tattoo artist named Jazzmyn Wollfe, 27, permanently inked Vasquez’ silhouette and her famous “Objection” line.

On July 15, fans captured a video of Vasquez reuniting with Depp at one of his European concerts. The ‘Charlie and the Chocolate Factory’ star was also introduced to her boyfriend, British businessman Edward Owen, 38.

The full conversation between King and Vasquez will air Thursday, July 28 at 7 a.m. on CBS Mornings.