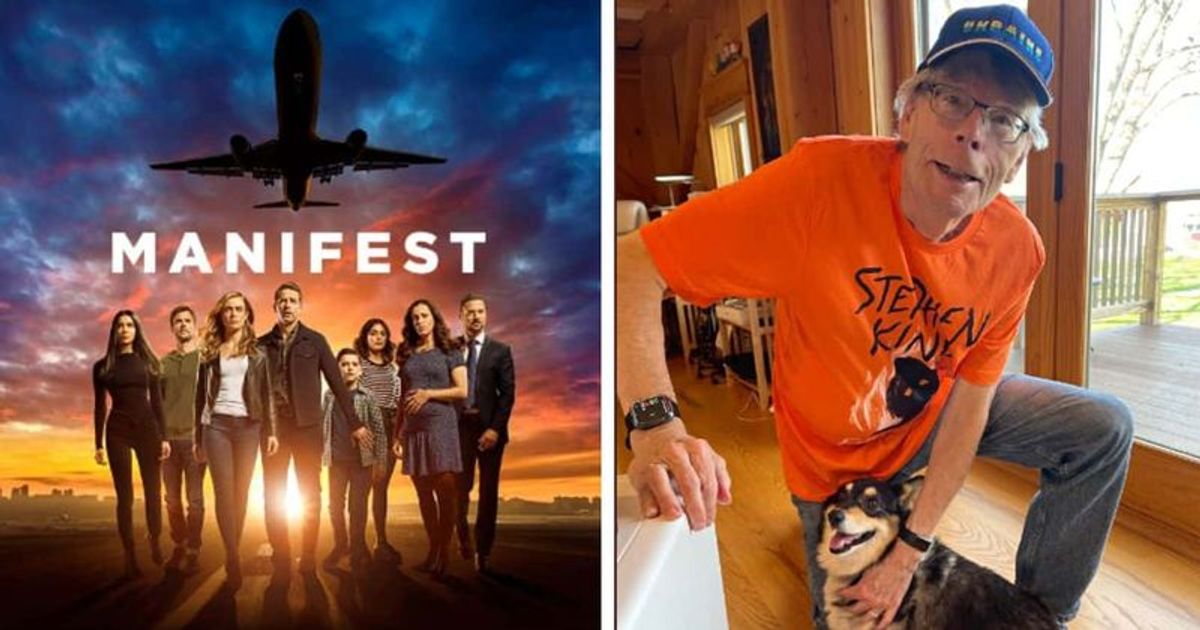 “It’s like reuniting with old friends who you thought were gone forever,” Stephen King tweeted

Did Manifesto Creators Persuade Stephen King to Watch the Series on Netflix? It seems the genius man is enjoying the Netflix series a lot. The supernatural series about airline passengers who land after severe turbulence, only to find they have all been mysteriously missing and presumed dead for 5 years, originally premiered on NBC in 2018. After three seasons, the network canceled the show and it became available to stream on Netflix. After the show’s viewership skyrocketed, Netflix picked it up for another season in 2021. Although the fourth will be the final season, it will air in two parts, with the first recently released on November 4th.

The series was met with mixed reactions from critics when it premiered, but fans, and especially Superstar fans, seem to be loving the series. Famed author King, known for his horror, supernatural fiction, suspense, crime, sci-fi and fantasy novels, recently confessed to binge-watching the series like any other fan . He’s been asking questions while also explaining how he feels about the series.

Stephen King is now sharing his excitement about Manifest Season 4 on Twitter. In a recent tweet, he praised the show with a touch of his signature sense of humor. In a previous tweet, he wrote: “I’ve been on MANIFEST (NETFLIX) for 6 episodes. It’s like reuniting with old friends who you thought were gone forever,” while asking in a more recent tweet, “Episode 7 of MANIFEST: Umm. …is Cal Stone old enough to drink? I am just asking.”

It’s safe to say that the National Medal of Arts winner thoroughly enjoyed it, perhaps because the series’ genre matches the style of fiction King is writing. However, if you are wondering who Cal Stone is, he is Ben and Grace’s son, Michaela’s nephew, Eden’s older brother and Olive’s twin brother (he was five and a half years her junior when he came back from the disappearance ) Cal was a passenger on Flight 828. Ty Doran portrays the character of Cal.

The first ten episodes of Manifest Season 4 confirmed that a volcanic apocalypse is imminent. Antagonist Angelina wreaked havoc when she got her hands on the Omega Sapphire, with the final episode implying that she may have absorbed its power through a shard. In the latter half of the season, fan-favorite “Manifest” characters will likely band together to prevent the apocalypse and stop Angelina.

Season 4 Part 2 of Manifest should also clear up any confusion surrounding Zeke’s death and most importantly, the truth behind Montego Airflight 828.

Although neither Netflix nor creator Jeff Rake has announced a release date for Season 4, Part 2 of Manifest.