It’s a girl! Kaley Cuoco shows off her baby bump in cute photos as she expects first child with Tom Pelphrey 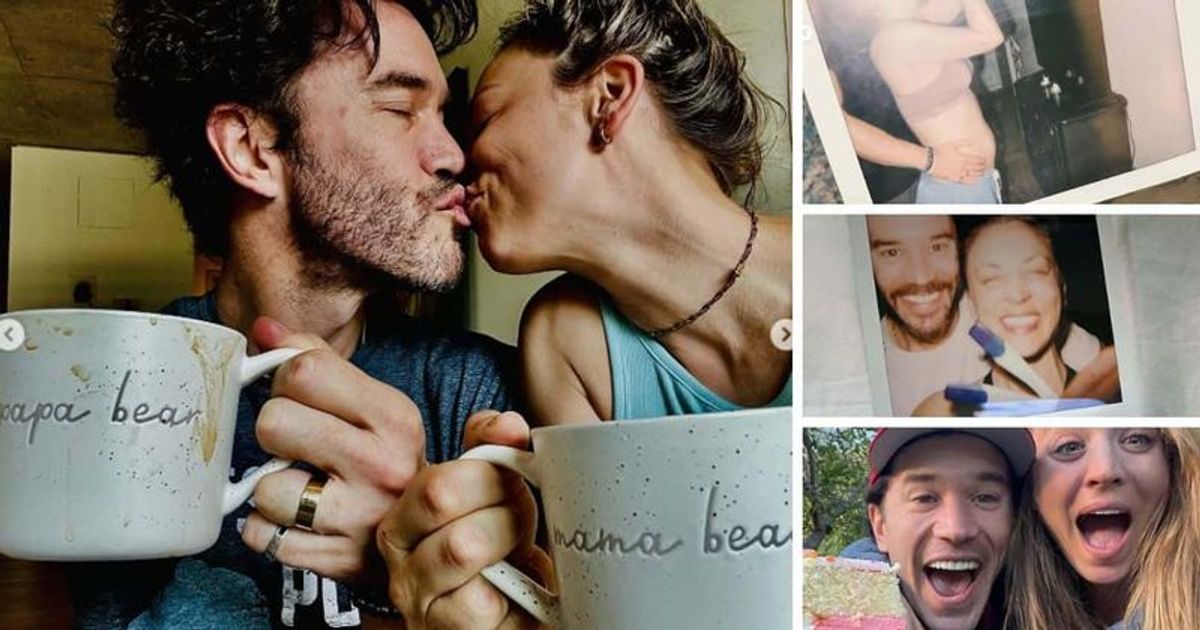 LOS ANGELES, CALIFORNIA: ‘The Big Bang Theory’ actress Kaley Cuoco and her ‘Ozark’ boyfriend Tom Pelphrey announced on Instagram that they are expecting a girl in 2023. Cuoco showed off her baby bump on social media while filming the big announcement

Her post reads, “Baby Pelphrey arrives in 2023💕 beyond blessed and over the moon…I 💓you @tommypelphrey!!!” Pelphrey also posted to express his happiness and joy at having a child, with an Instagram post with the caption : “And then it was even BETTER. 🎀🎀🎀. I love you more than ever @kaleycuoco ♥️🙏♥️” Check out Cuoco’s pregnancy announcement posts below:

Two of the pictures show the duo sharing a confetti cake to reveal their baby girl’s gender. Other photos show Pelphrey wearing a onesie that reads “Love my Daddy” and Cuoco in another onesie that reads “This baby need a pony.” And one picture shows the couple kissing while holding matching Papa Bear and Mama Bear mugs. In another photo, Cuoco can be seen in casual jogging bottoms and a bra with her baby bump showing while Pelphrey hugs her from behind. The post also included pictures of Cuoco holding up her pregnancy tests and another mirror selfie of Pelphrey holding her tummy.

The actress met Pelphrey at the Ozark premiere a few months ago in April 2022 and sparks flew almost immediately! “We have the same manager and were set up by him [her] it’s so Hollywood,” Cuoco told USA Today, “She’s like, ‘Oh my god, I think you guys are a perfect match.’ We met at the Ozark premiere and I was standing next to Andrea and Tom walked in and I heard his voice and I turned around and it was like my life was over or had just begun. it hit me It was love at first sight. We were connected immediately. I feel like I’ve known him my whole life, but I wasn’t ready for him. We are ready to build a life together.”

Cuoco was previously married to Karl Cook and they divorced in 2021. Before Cook, she was married to Ryan Sweeting and even briefly took his surname with hers. Pelphrey, on the other hand, is rumored to have dated Lili Simmons, Gina Tognoni and Jaimie Alexander.

Of course, the fans couldn’t stay calm either. One fan tweeted: “Kaley Cuoco has announced that she is expecting a baby girl with her boyfriend Tom Pelphrey! Congratulations to the happy couple!!!” Another Twitter user said, “KALEY CUOCO IS PREGNANT SO SWEET CONGRATULATIONS.” One fan tweeted, “Not getting emotional knowing Kaley Cuoco and Tom Pelphrey are having a baby.” Another fan said, “OMG KALEY CUOCO IS PREGNANT!”

Interestingly, Cuoco has previously made some statements about motherhood. In a US magazine report, Cuoco said, “I can’t wait to have kids who are surrounded by all the dogs and horses in our house too, and raise them around animals and [show them] how to treat them properly,” she added. “It starts at the very beginning with puppies and babies and teaches them how to treat them.”

On the work front, Cuoco is currently starring and working as an executive producer on The Flight Attendant, an HBO Max series. Pelphrey is directing the upcoming biological drama She Said, based on the 2019 book of the same name. He was also most recently seen in the final season of “Ozark,” playing Ben Davis.