‘It was treacherous’: DWTS alum says she ‘freaked out’ after giving birth. 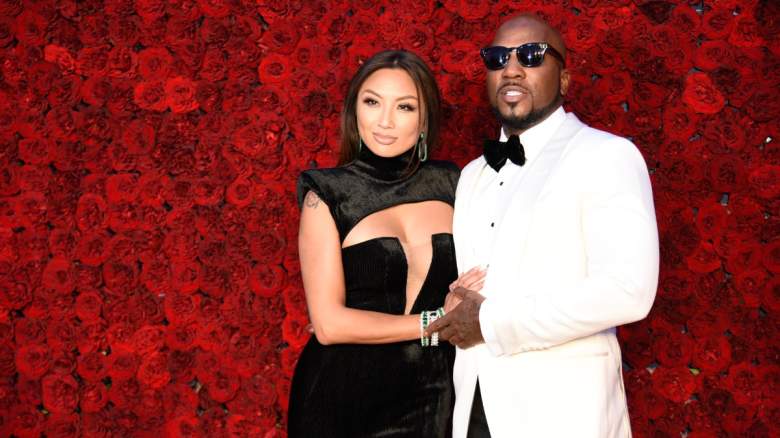 Reality TV star and Dancing With the Stars alum Jeannie Mai talks about her experiences since giving birth to daughter Monaco Mai Jenkins.

Mai told ET Online about her pregnancy and postpartum experiences and shared that she was scared after the birth.

“I can honestly say that the whole time I was pregnant I was nervous because I almost felt like I didn’t deserve this beautiful privilege,” she shared. “I’m honestly really scared because I thought, for someone who’s been saying their whole life they don’t want to be a mother, and here I’ve been given this gift, I was like, ‘Don’t take chances in situations, like not getting on a plane or – you’re the one who had that taken away because you didn’t appreciate it when you had the choice.

Mai shared that she is now very grateful to be a mother.

She added: “I love being a mom. I’m so touched by the gift of getting her to open her arms…teaching her to register communication with me, that’s all.”

Mai said she’s been through a lot but her postpartum period has been “treacherous”.

“Nobody told me about postpartum anxiety,” she said, per ET Online. “I was happy to be a mom, I was excited but I was very worried.”

She added: “I freaked out the day Monaco was born. I turn everything off We said: ‘No cameras, no nothing!’ Because I was so scared of the internet and people.”

She also shared that she had a hard time sleeping afterward, but has since seen a psychologist and connected with other parents.

Mai was partnered with professional dancer Brandon Armstrong during season 29 of “Dancing With the Stars” and was forced to retire at the height of the season due to health issues.

During an episode of her show Hello Hunnay with Jeannie Mai, Mai opened up about how she “almost” died during the season.

In a new episode of Hello Hunnay Mai and Armstrong spoke about what led to her health concerns and throat surgery when she was forced to retire from ballroom competition.

“Some of you may have heard that I’ve gotten really sick recently,” Mai began after jokingly making references to The Little Mermaid. “I saw a doctor who correctly diagnosed me and saved me from possibly losing my ability to breathe. I’ll be honest with you. Even when I was diagnosed, I didn’t take it seriously.”

She continued, “I wasn’t focused on saving my life, I was focused on competing in Dancing With the Stars.”

“The next day, of course, I stayed consistent and postponed the rehearsal with Brandon,” she said. “I almost died in that room but I didn’t know it because I got my way and I got pumped up on steroids.”

It was days before she got advice to stop taking steroid shots from Armstrong, who once tore his Achilles tendon after receiving a steroid shot for pain.

After a visit to the doctor, she found out that she needed surgery.

“I called Brandon and I was so upset,” she said. “Was absolutely furious in tears, like, ‘You’re making me do this, I’m so sorry.'”