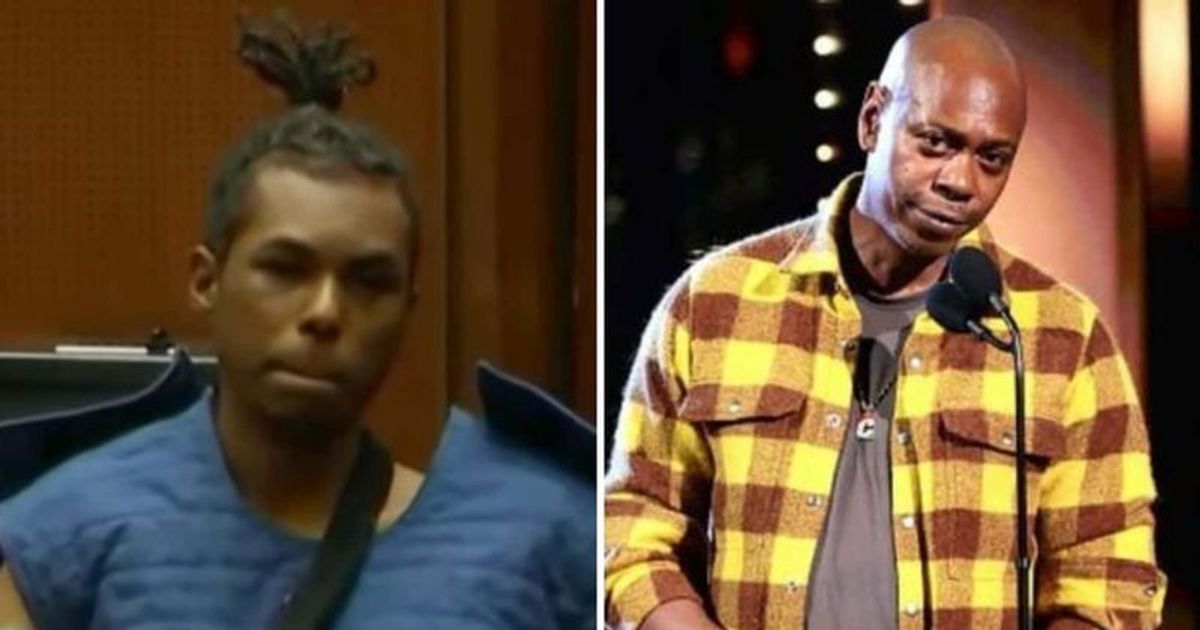 “I am also a single father and my son is five. It’s a fight and I wanted Dave Chappelle to know it wasn’t a joke,” said Isaiah Lee

Isaiah Lee, the man who attacked Dave Chappelle on stage at a comedy show Netflix Is a Joke Festival in Los Angeles earlier this month, said he was “triggered” by the comedian’s jokes about gays and homelessness and said Chappelle that he should be more sensitive. On May 3, Lee was arrested and charged at the Los Angeles Police Department’s Hollywood station, and his bail was set at $30,000. According to police, Lee was in possession of a gun-shaped knife when he attacked Chappelle and attempted to attack Chappelle. However, the comedian was able to dodge Lee and was unharmed.

Lee was charged with four felonies following his May 3 attack, including assault, possession of a weapon with intent to attack, gaining unauthorized access to the stage area during a performance, and committing an act that delays the event or disturbs the performer. But Lee pleaded not guilty to the charges on May 18.
In a prison interview at Los Angeles’ Twin Towers Correctional Facility, Lee told the New York Post that Chappelle should be “more sensitive” about the jokes he makes.

“I identify as bisexual and I wanted him to know what triggers him. I wanted him to know that next time he should first consider showing his material to people it might affect,” Lee said. According to Lee, he was very excited to see Chappelle’s show, which was also being taped live for Netflix, but his content and jokes about the LGBTQ community and homelessness made him increasingly angry. He had previously been homeless and said the jokes made him emotional and upset.

“I am also a single father and my son is five. It’s a fight and I wanted Dave Chappelle to know it wasn’t a joke,” Lee said. For Lee, his turning point came when another comedian on the show made a crude joke about pedophilia that brought back Lee’s memories of being a victim of molestation at the age of 17. Lee said he was molested at age 17 under the care of the Los Angeles Department of Children and Family Services. He also said he was in the process of securing a place to live before being booked in the Hollywood Bowl debacle.

Lee claimed he was in possession of a replica pistol with a retractable knife on the night of the alleged attack – but claimed he didn’t get the gun out when he stormed the stage. Lee is a wannabe rapper and once released a song about the Emmy-winning comic. He said he always carries the gun for protection because he’s also a “minor celebrity.”

The young father was also charged with attempted murder on Thursday, May 19, for allegedly stabbing his roommate to death five months ago in December 2021. Due to the extensive publicity generated after Chappelle’s attack, the victim, recognizing Lee as the person who committed the attack, had turned himself in to police in December. “The publicity generated by the attack on Mr Chappelle helped the police solve this crime,” prosecutor George Gascón said.

“It was pretty much done. But it went from me probably only six months [in jail] and doing community service and living in a transitional home… up to possibly 15 or more years in prison. My son will be big when I get out,” Lee said of his crime with Chappelle.

After the attack, Lee said Chappelle asked him backstage at the Hollywood Bowl why he did it. “I told him my mother and grandmother, who fought for his civil rights to be able to speak, were upset about things,” he said.

Chappelle has caused controversy for his jokes about transgender people. Last year he caused a stir with his show The Closer, in which he joked about trans women and defended controversial comments by author JK Rowling and rapper DaBaby about the gay and trans communities. Speaking on the show, he said, “A lot of the LGBTQ community doesn’t know DaBaby’s story. He’s a wild guy. He shot one once and killed him. At Walmart. Ah, that’s true. Google it. Nothing bad happened to his career… See what I’m getting at? In our country you can shoot and kill a—r, but you better not hurt a gay man’s feelings!”

According to The Hollywood Reporter at LA’s Comedy Store, Chappelle joked about the incident with Chris Rock being punched by Will Smith. “At least someone beat you in reputation! I was hit by a homeless man with leaves in his hair,” he said.

District Attorney George Gascón has referred Lee’s case to LA City Attorney Mike Feuer and recommended a misdemeanor charge because “the evidence presented does not establish criminal conduct,” according to ABC.