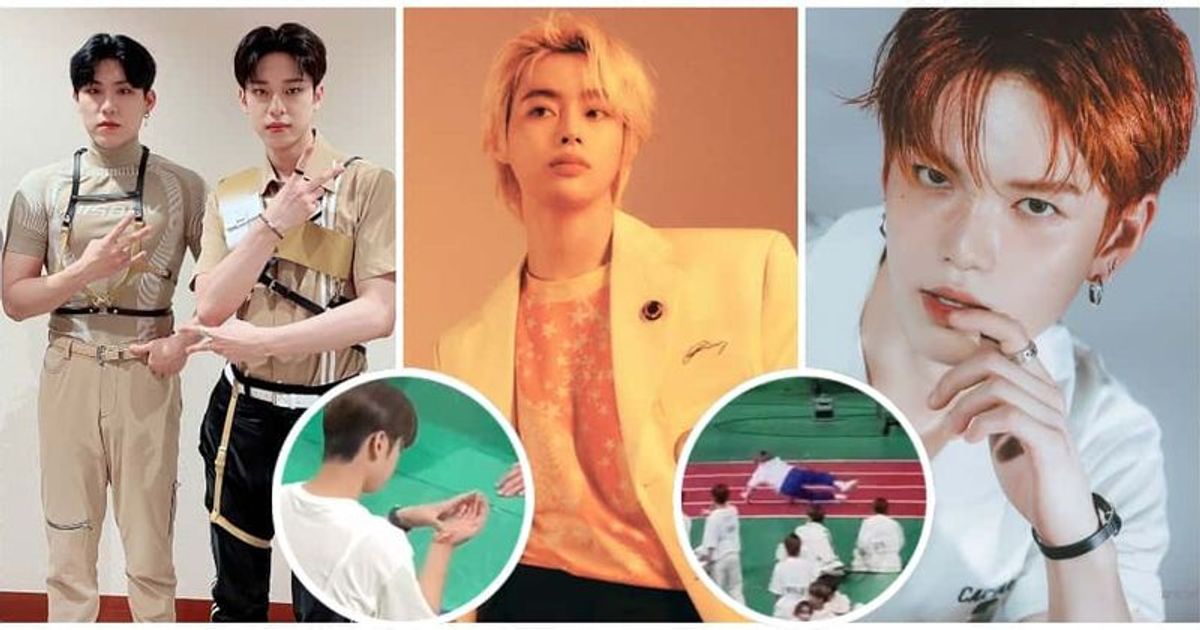 While fans have turned a blind eye to the risks ISAC (Idol Star Athletics Championships) poses with the 2022 edition of K-Pop Sports Day being fun and exciting, that has changed again. A day after recording for ISAC 2022, VeriVery’s Gyehyeon went viral for the wrong reason. While we got some delightful moments from him guiding the fans on how to encourage the members to goof around with other idols, there was a minor incident during one of the games. During his lap in a relay race, the VeriVery member fell along with two AB6IX members, while Tempest’s Hanbin fell during a race.

On August 1, VeriVery competed in the men’s relay game at ISAC 2022. During Gyehyeon’s turn, he stumbled and fell while running right in front of his members. However, that didn’t stop him as he stood up. A few seconds later his shoe came off, but he kept running. VeriVery caught up on the second lap and finished second. While fans were impressed and congratulated the K-pop group, a clip showing Gyehyeon losing his shoe went viral on Korean chat forums in the days that followed.

Fans observed that the fallen idols wore the same sponsored shoes. Knetz called it “ugly shoes” because of its bulky design and claimed it wasn’t suitable for sports as the design was rough and it had high heels. The audience also claimed that the idols fell in the first corner of the relay race due to the floor being covered with paper sheets and the poor grip of the sponsored shoes. AB6IX’s Woojin and Donghyun both fell on the corner, with the latter injuring his hand. Tempest’s Hanbin slipped and fell during a race, but fans believe it was due to a drone getting in his way.

Earlier, ISAC had come under fire for reportedly violating basic human rights as they initially prevented fans from eating inside the stadium or leaving it during the 15-hour filming. In the past, K-pop idols have also experienced serious injuries that hampered comebacks and award shows, as in the cases of Infinite, VIXX, and EXO.

Knetz were frustrated when they demanded that K-Pop Sports Day be simply canceled. They left comments like, “Just stop this program, seriously. These innocent idols get hurt for nothing every day.” “Can we please get rid of IAC already? Or at least stick to e-sports where they don’t hurt your body.” and “Even though the tracks are problematic, the shoes are just eba. Are they trying to twist the ankles of these idols?”

Another fan wrote: “When is this going to be canceled and we just let NaPD do it on Game Caterers?” Much safer and much more fun.” One was furious: “It’s not the shoes, it’s the fact that they have idols that walk on damn SHEETPAPER. It’s not even a real track so people won’t trip.” Another commented, “I’m so upset with ISAC. They never learned their safety lesson. My babies Hanbin, Donghyun and Woojin all fell during the relay race. If you know AB6IX, Woojin and Donghyun are very athletic. They didn’t fall because they can’t walk well.”