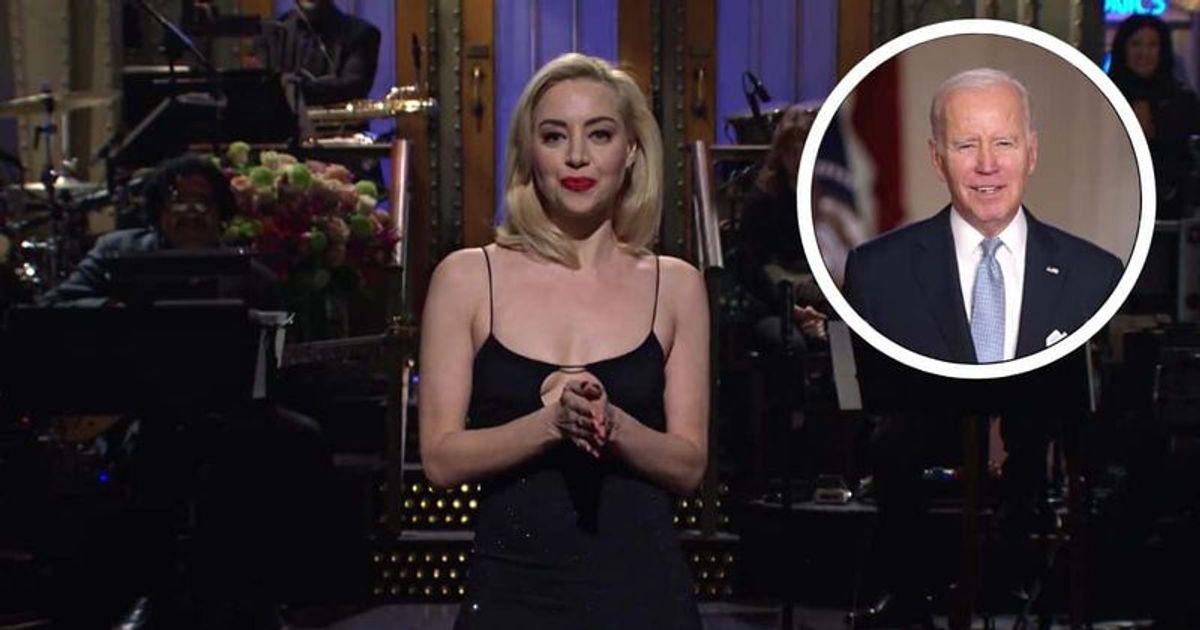 LOS ANGELES, CALIFORNIA: A new year has begun and the first Saturday Night Live is already here! Aubrey Plaza recently appeared on Saturday Night Live’s newest and first show of the year. Created by Lorne Michaels and developed by Dick Ebersol, the live television sketch comedy and variety show that will air on NBC and Peacock. However, as Marilyn Monroe once sang, “Mr. President” made a cameo appearance in the latest SNL. This week’s episode also starred music producer and “I’m Not the Only One” singer Sam Smith.

The show’s comedy sketches, which often parody contemporary culture and politics, are performed by a large and diverse cast of repertoire and newer performers. Each episode is hosted by a celebrity guest, who usually provides the opening monologue and appears in skits with the cast, with appearances by a musical guest. Although this time, Aubrey Plaza’s introductory monologue came as quite a surprise to any viewer out there. Read on to find out what happened.

‘Firmly! But is it real?’ Fans debate Theo James’ manhood after frontal NAKED scene in ‘The White Lotus’

However, after this demolition, online fans immediately lost their calm. One fan said, “Absolutely no crumbs,” while another added, “Aubrey Plaza killed her SNL monologue.” One fan shared, “My message to Aubrey Plaza on SNL: You’re doing great sweetie.” One fan commented: “Is this real or not?! I’m losing my mind I need to know.” Most recently, a fan tweeted, “If history is fair it will recognize Aubrey Plaza as the most talented and professional guest of the era.”

You can watch White Lotus Season 2 on HBO Max or Disney+.