Is there just too much “Star Trek”? 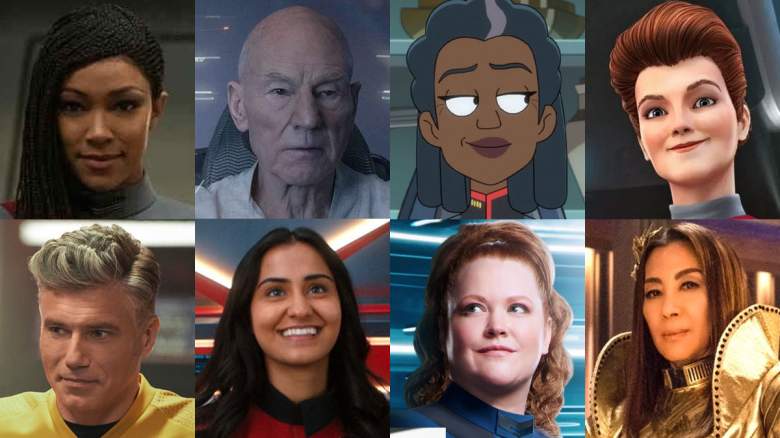 In the world of comics in the United States, fans have categorized the different eras of the stories. According to that Comics expert Alex Grand, these categories are based on the time they were printed and the characters featured. For example, the “Golden Age” of comics began in 1938 with the appearance of Superman.

This era lasted until 1947. Later, fans enjoyed the Silver Age of comics when Stan Lee and Marvel Comics entered the scene with their heroes. This era lasted from 1956 to 1969.

Interestingly, Star Trek can also be divided into eras of popularity. The first era of Trek that could be called the Golden Age would undoubtedly be 1966-1969, the time of the airing of The Original Series. That show, which stars William Shatner as Captain Kirk and Leonard Nimoy as Spock, laid the groundwork for everything that followed. After TOS’s cancellation, the show entered a period of increasing popularity despite a lack of new episodes. Trek’s slumber lasted until 1973, when The Animated Series started.

Then, in 1979, Star Trek found its way. Thanks to the box office success of Star Wars, Paramount used its space franchise to get a piece of the action, so to speak. Star Trek: The Motion Picture kicked off a period when a new Trek movie hit theaters every few years, and 1987 saw The Next Generation make its television debut. Trek would be on television non-stop until 2005, when “Star Trek: Enterprise was cancelled.

Fans and pundits might call the years 1979 through 2005 Trek’s Silver Age. Inglorious Treksperts writer, producer and host Mark A. Altman has even begun to refer to these two eras as such.

As is well known, “Enterprise” was canceled and the Silver Age ended. At the time, Star Trek executive producer Rick Berman said it all happened because of “franchise fatigue.”

“The fact that we’ve done 624 hours of ‘Star Trek’ over the last 18 years gives a point where you can get a sense of overkill. It’s probably good to lay fallow for a while to rejuvenate,” Berman told USA Today (as reported by TrekToday).

That rejuvenation began in 2009 with the release of JJ Abrams’ version of Star Trek in theaters. Since then, fans have enjoyed two more Star Trek movies, three new live-action series, two new animated series, and a handful of one-off Trek stories here and there. And there is a new Trek movie in the works by JJ Abrams with possibly 3-4 more Trek TV series in development.

In particular, each age of Trek may also indicate a different way of delivering the stories. Fans tuned into NBC television for The Original Series and Animated Series. “The Next Generation”, “Deep Space Nine”, “Voyager” and “Enterprise” were considered the first syndicated shows, meaning they weren’t carried by any particular network. That would change somewhat if UPN (United Paramount Network) was introduced in 1996. Trek’s New Era is only available on the Paramount+ streaming network.

In a nod to the comic book era that followed the Silver Age, the current Trek renaissance could be called the Bronze Age. But as in the Silver Age, Berman says, people grew weary of all these migrations. Could that happen today? Could there be too much “Star Trek”?

Heavy asked a streaming television expert for his opinion. John Cassillo is an analyst and contributor at TVREV, which covers the competition between the companies vying for control of streaming TV. These are Amazon, Netflix, NBCUniversal, Disney, Discovery, Paramount and a few others. Cassilo recently wrote that Disney was in danger “spoil the value” of the Marvel and Star Wars brands due to oversaturation and poor quality. We asked if Trek’s Paramount is in danger of something like that.

“In some ways I would say no just because that is the case [Star Trek] Movie and TV franchises have always been a little more focused on volume than Star Wars or Marvel until recently,” Cassillo said.

“It doesn’t mean everything is going to be a hit for Star Trek,” Cassillo said. “But having multiple shows running simultaneously allows them to explore different branches of the story of the ‘Star Trek’ universe. Some of these will apply to everyone, some will not.”

“Admittedly, I don’t like Star Trek myself, but from the outside it looks like the fanbase has been more supportive of this approach than, say, Star Wars fans,” Cassillo said.

Cassillo noted that Paramount can’t go wrong with Trek since all of their competitors use a similar formula for their brands and properties.

“Every franchise these days needs to be multi-platform, and multi-platform means there’s a variety of entry points into the franchise across different age groups,” Cassillo said. “For Star Trek, Star Wars, Marvel, DC, etc., the only way to be well positioned, both long-term and short-term, is to find ways to develop content for all ages and genders.”

“Having kids interested in your content from a young age only increases the chance that they’ll become fans as adults, and one could argue that it’s easier to get them fans sooner rather than later,” Cassillo said.

That’s exactly what Paramount+ and Nickelodeon are trying to achieve with the release of Star Trek: Prodigy. And Cassillo said he doesn’t see “Star Trek” with many different shows as a real problem.

“Burnout probably doesn’t exist for most hardcore fans,” Cassillo said. “Even though interest in each show varies, they’re going to watch, so it’s a success. For those who pick and choose, having weekly content year-round is also fine as long as you don’t feel lost returning to the herd – that’s really a bigger issue for Marvel than the other big [properties] at the moment.”