“Is that a corset?”: Kim Kardashian slammed for daughter North’s outfit at Kourtney’s wedding in Italy 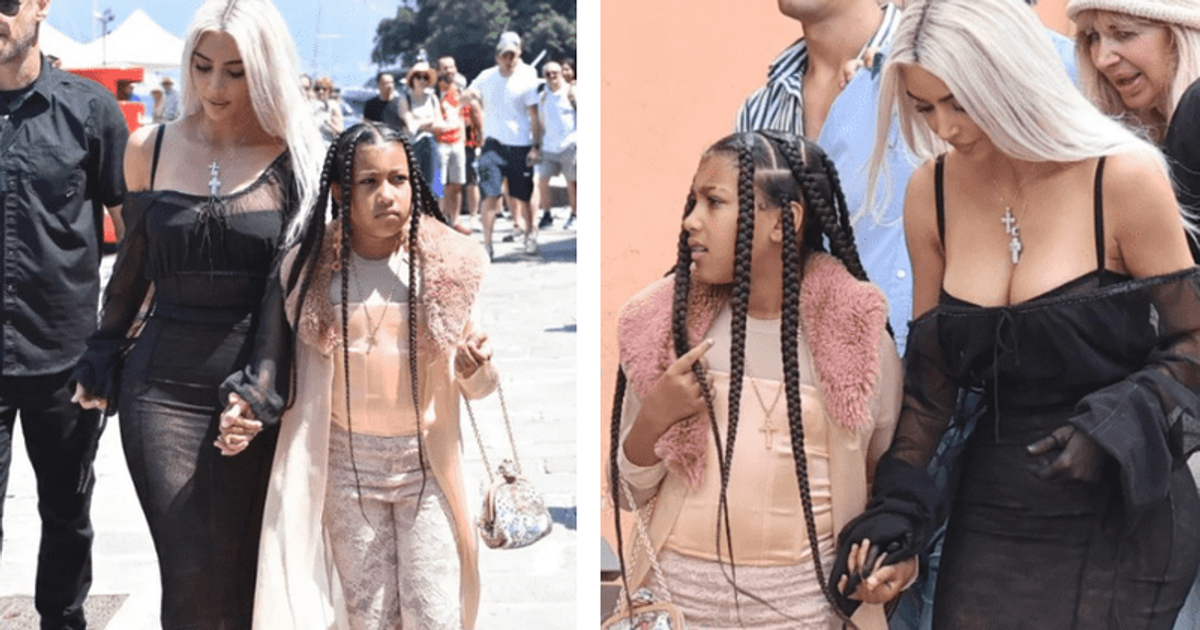 Kim Kardashian, daughter North and the whole family are in Portofino, Italy to attend Kourtney and Travis Barker’s wedding

Kim Kardashian has been criticized on social media for allowing her daughter to wear an “inappropriate” outfit while attending Kourtney’s wedding in Italy. North wore a tight beige corset with a fur pink coat and mesh trousers, accessorized with a jeweled handbag. Many fans on social media looked concerned about what North was wearing.

One such user wrote on Reddit, “This outfit is so close to being good. It’s that corset. Like yes, there is no skin to be seen, but why would a child have to wear it or have a nod to it? Let kids dress like kids but more upscale because you’re rich and you’re a Kardashian for sure.” “Aside from age and weather being inappropriate (I hope Kanye has spoken to Kim about repeating her 8 year old dressed in corsets… it’s freaking weird), this is a fabulous outfit and she looks gorgeous. The purse!” another user added. “I can’t understand why a kid would wear a corset,” wondered another person.

Meanwhile, Kim, 41, donned a form-fitting sheer black dress for lunch on Saturday May 21 as celebrations continued for the whole family in Portofino, Italy. The all-black, off-the-shoulder ensemble featured long sleeves, black heels — and a cross necklace that matched her baby daughter’s. As they boarded a boat for lunch ahead of Sister Kourtney’s big third wedding reception, the SKIMS founder wore her freshly long blonde locks and held North’s hand.

Almost the entire family is in Portofino, Italy for the wedding of Kourtney Kardashian and Travis Barker in Italy, which is set to take place on May 22nd. Earlier, on May 15, Kourtney and Travis were legally married in Santa Barbara in the presence of a few close friends and family members. Kourtney and Travis have made numerous public appearances in recent weeks. They wore similar all-black costumes to the 2022 Oscars in March. The couple attended the Grammy Awards in Las Vegas in April. After their Grammys performance, the two reportedly got married at the One Love Wedding Chapel in Las Vegas, in the presence of an Elvis Presley impersonator. Following rumors of her Vegas wedding, Kourtney posted pictures of the unexpected outing, stressing that it was a dress rehearsal.