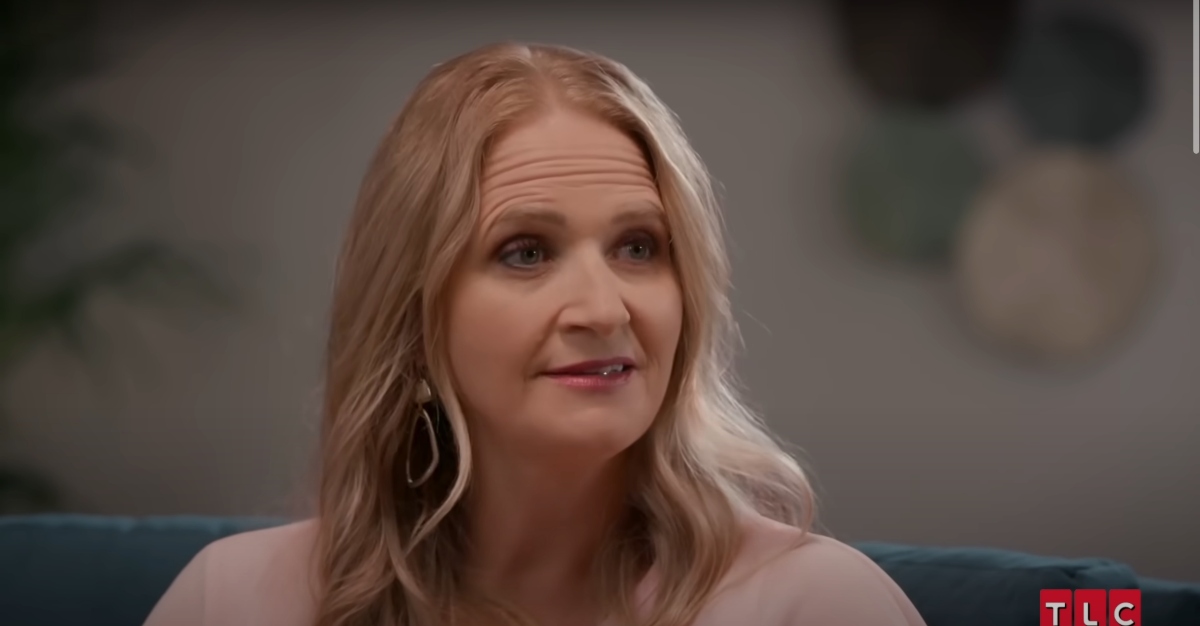 If anyone deserves a happy ending, this is it sister wives Star Christine Brown. After her painful divorce from ex-husband Kody Brown, she’s finally single and ready to mingle. Is she dating in 2023? Here’s what we know about Christine’s love life.

The 50 year old sister wives The fan favorite is single, having left a nearly 26-year plural marriage with Kody in November 2021. But Christine doesn’t waste time feeling sorry for herself. After selling everything and starting anew in Utah with her 11-year-old daughter, Truely Grace Brown, she lives her life on her terms.

Since her breakup with Kody, Christine has continued to find joy in self-improvement and health. On Jan. 26, Christine posted an Instagram roll of herself working up a sweat at her home gym. At the end of the video, she shows off her slim figure in an all black ensemble with skinny leather pants and completes the look with red lipstick. Lots sister wives Fans thought Christine looked chic for a date. is she back together

on sister wives Season 17, Christine’s ex-sister, Janelle Brown, asks her the million dollar question – will she date again? “What will you do when you are 50 and healthy? You can’t be alone for the rest of your life,” says Janelle.

“It’s a whole new life,” Christine told her. Janelle hopes her former sister wife finds love again and hopes she will approve of the guy.

Christine is also interested in finding love. She told Entertainment Tonight that she began dating “very, very, casually” in October 2022. “I’m single now, right? So I just decide what I want to do and then do it. It was just very, very easy,” she said.

As of now, Christine is enjoying her time as a single mother raising her last child and is in no rush to start a serious relationship. She said she keeps her dating life casual and “not romantic” because it would be too “fast” for her and her daughter. “I just date for fun,” she added. “I just keep everything super light because that’s the way I am right now,” she said.

So, when Christine starts to get serious about dating, who will Christine date? in the sister wives At the Season 17 reunion, Christine opened up about her celebrity crushes to presenter Sukanya Krishnan. Unsurprisingly, Christine’s type of guy has nothing to do with her ex-husband, Kody.

When asked about Christine’s “physical type” husband, Janelle revealed that Christine has a statue of this World of Warcraft orc named Durotan in her home. “Durotan is an orc and that’s what really attracts me,” Christine said to Sukanya. The Orc was an odd choice, but her other crush, Shemar Moore, makes more sense.

Beyond looks, Christine seeks a monogamous relationship with one man. “Kindness” aside, she’s looking for someone who can fill the needs Kody couldn’t. “Someone who is attracted to me would be a really great thing. Just saying,” she teased. Christine references the super awkward conversation during their divorce where Kody admitted he was never attracted to her.

Meanwhile, Kody spoke up sister wives One-on-one reunion that Christine will have a hard time dating because men so far will find her “too risky” since she left a “good man.” sister wives Fans are hoping Christine proves him wrong and brings home a handsome Shemar Moore look-alike to receive Janelle’s seal of approval.