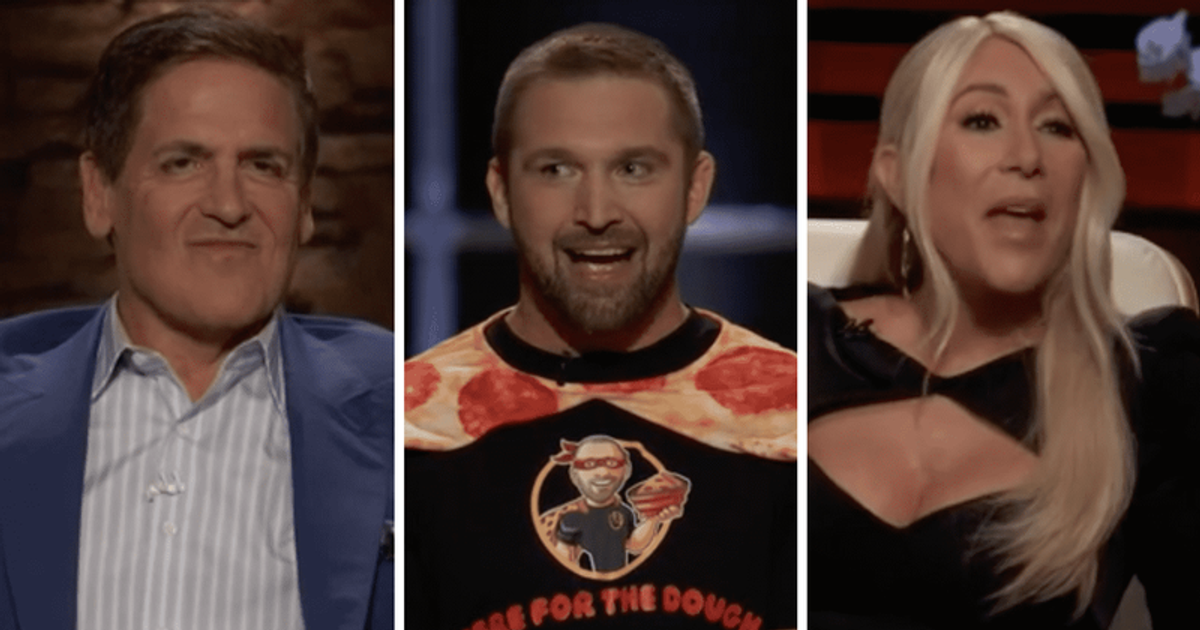 “So #SharkTankLive Mark has offered to buy the Tupperware pizza outright? What is going on here?’ wrote a confused fan after Pizza Pack’s pitch

LOS ANGELES, CALIFORNIA: The last time Tate Koenig stopped at the Tank to promote his The Cheese Chopper, the entrepreneur was met with some very harsh feedback and criticism from the Sharks. Kevin O’Leary went so far as to suggest that Tate take the product and shoot it in the backyard! The Oregon native decided to heed the Sharks’ feedback and suggestions and incorporated them all into his new product – Pizza Pack, a leftover pizza storage container!

He returned to Shark Tank with a more thorough pitch, supported by sales and profit margins. After reminding Sharks that he had worked really hard on his new product, Tate went on to demonstrate how his Pizza Pack not only solves the problem of storing leftover pizzas in the fridge without taking up too much space, but also conveniently in the microwave can reheat the same container! Given the popularity of food products among the Sharks, it came as no surprise when nearly all of the Sharks decided to bid for the $100,000 investment he was looking for in exchange for a 10% stake in his company. While Kevin O’Leary was making his “infamous royalty offer,” Lori Greiner made a more reasonable offer, asking for a 20% share instead of the 10% he was willing to offer. Mark Cuban stole the show by offering to buy out the entire company! The Billionaire Shark asked Tate for a number and that he would write a check right away!

Despite Mark’s very tempting offer, Tate played a bit harsh and demanded $5 million, claiming he put in a lot of hard work to build the brand. Lori also tweaked her deal, lowering her equity requirement to 13%, and further sweetened the deal by suggesting how she could make Pizza Pack a huge success story. Tate decided to accept Lori’s offer and walked away from Mark’s money, pointing out that he knew Pizza Pack had the potential to make him more money than Mark was willing to bid. He also stated that Lori is his “dream shark”.

However, while Lori grinned from ear to ear and Mark sat there with a long face, Shark Tank fans were puzzled by investors’ interest in the Pizza Pack. Several fans took to Twitter to point out that Pizza Pack was essentially just “pizza tupperware.” One fan tweeted: “So #SharkTankLive Mark offered to buy the Tupperware pizza outright? What’s going on here?” “Is that Tupperware in pizza form? #SharkTankLive,” echoed one fan. “Pizza storage is excellent, but who puts pizza in the microwave? Microwaving pizza is worse than eating pizza with a fork #SharkTankLive #sharktank,” one fan wrote. “Thanks pizza boy but not in this economy – we already have pizza storage supplies #SharkTankLive #SharkTank,” one commented Fan who poked fun at Pizza Pack’s steep price of $24. “Not all pizza slices are triangles #SharkTankLive #SquareCut #ChicagoThinCrust,” pointed out one fan who was unfazed by the product’s design.

Only time will tell if Tate made a wise decision in turning down Mark’s offer or not.