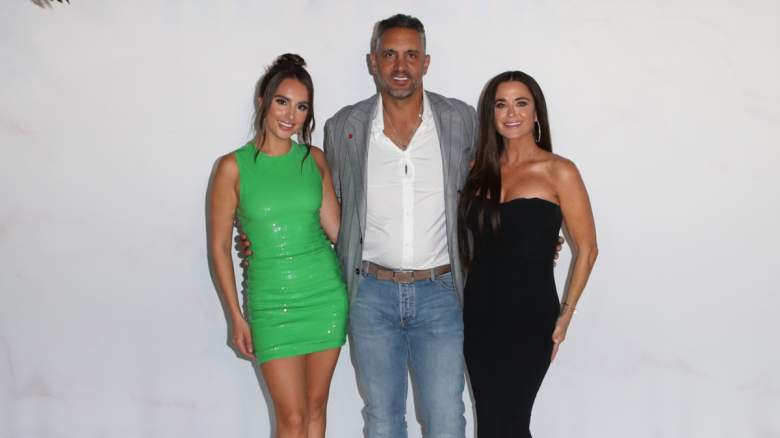 In June 2022, Netflix confirmed that Mauricio Umansky had landed his own reality TV show.

The outlet described the new series as a “real estate okku-soap” and announced that it will be called “Buying Beverly Hills.” The show follows Umansky along with his daughters Farrah Brittany and Alexia Umansky, as well as several other real estate professionals working at Umansky’s company, The Agency.

“I’m super excited to announce that @theagencyre will be coming to Netflix this fall in Buying Beverly Hills. I will be performing alongside my daughters @farrahbritt and @alexiaumansky and a talented group of agents from The Agency in Beverly Hills. Following our agents and clients, the Occu-Soap highlights the high-stakes world of luxury real estate in Los Angeles. Stay tuned for details,” teased Umansky in an Instagram caption on June 23, 2022.

Netflix didn’t say when Buying Beverly Hills would premiere, but said it would air in fall 2022. Fast forward to September 2022, and the show still doesn’t have a premiere date.

So is it still happening? And what can fans expect on the show?

On Friday September 9, 2022, Alexia conducted a Q&A on her Instagram Stories. Someone asked her what fans would see if they tuned in to Buying Beverly Hills.

What makes our show different is that we have people at all levels in the industry (the rookies, the players and the CEO). I want to tell you everything! BUT you’ll see soon enough,” Alexia continued.

Alexia is the second daughter of Kyle Richards and Umansky to join The Agency. According to her bio on the company’s website, she “represents the next generation of real estate professionals and brings a forward-thinking perspective” to the office.

“I grew up watching my father work. I watched him show homes, sit at open houses, and build relationships with clients. He knows so much about every part of this city, driving around with him was always like a little lesson. Growing up, I came to the office to accompany him and always learned something new. Real estate is something I’ve always known I love. And I quickly realized that I could devote my life to this industry and be happy,” she is quoted as saying.

Although Umansky has had many appearances on his wife’s reality show, she will not be a part of his.

In an interview with Goss.ie, Richards revealed that she was too busy during filming.

“You know I’m not right at the moment because, you know, I’m obviously shooting The Housewives and I’m shooting ‘Halloween’ and I’m also producing an hour-long drama for a new show. I do. So I really have my hands full,” Richards said.

“We were actually shooting at the same time, so it wasn’t even really an option, but I’m very happy for my husband and daughters. It’s not something I wanted in my life, but you know what? I think it’s going to be great and they’re going to do well,” she added.