Is Madison LeCroy married to Brett Randle? The ‘Southern Charm’ star was spotted tying the knot ahead of the Mormon wedding 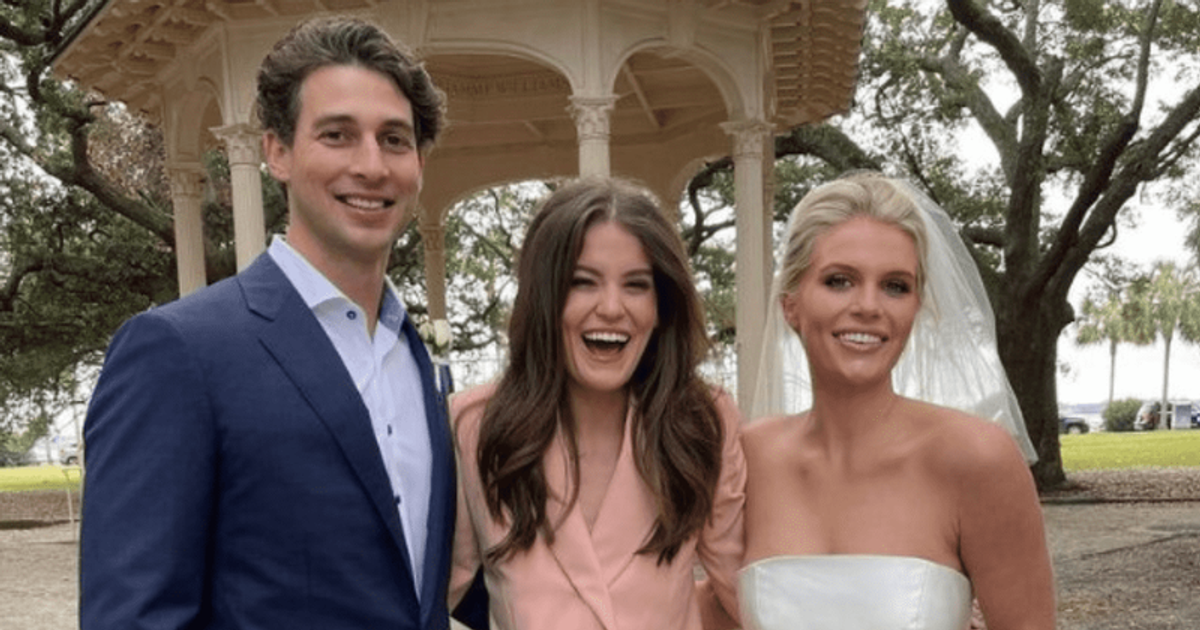 It looks like ‘Southern Charm’ star Madison LeCroy has already married her fiancé, Brett Randle! New photos of the duo leaked to the internet show Madison and Brett celebrating their wedding. And the event happened just three days before the star’s scheduled wedding. So did these two legally say “I Do”? or is this just a pre-wedding photo shoot? The details of the alleged wedding are unclear, but fans are convinced that Madison is married and has already started celebrating the couple’s nuptials.

Madison’s best friend Erica Cain was the one who let the cat out of the bag. The wedding planner posted the photos of Madison and Brett tying the knot on her Instagram Story with the caption, “Adding a minister to my resume.” Erica is the one to officiate the couple’s wedding, wearing a pink feathered suit and glittery silver heels. Meanwhile, the bride looks radiant in a simple yet elegant white dress and veil, and wears matching pumps. One of the snaps shows Erica smiling broadly and holding a stack of papers as Madison and Brett kiss passionately. Many fans are of the opinion that this was the couple’s “legal” wedding, and the couple are seen three days later celebrating their actual Mormon wedding, rumored to be a destination wedding.

Madison and Brett met in April 2021 and were engaged in October 2021 after dating for seven months. According to Brett’s LinkedIn page, he works as an account manager for the Nike brand. And according to Ultimate Hoops, Brett was once a basketball player. At 6ft 3in tall, Brett was a small forward position.

Before meeting Brett, Madison was in a very public relationship with co-star Austin Kroll. The duo’s relationship lasted two years until December 2022 when they last ended it. Following the split, Madison also made news for the connection with Chicago Bears quarterback Jay Cutler. There have also been rumors of Madison’s involvement in “A-Rod” or Alex Rodriguez. Madison had also been married once when she was young. She was married to Josh Hughes when she was 20. The couple even have a son together, who was born in 2012.