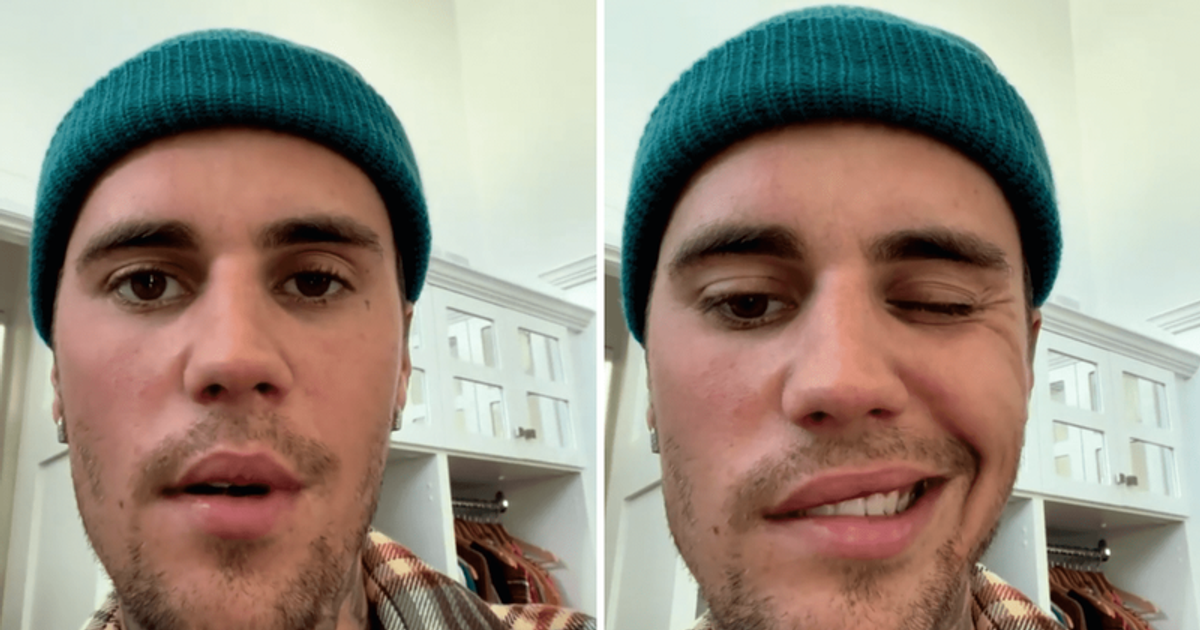 Justin Bieber, who is currently in the midst of his Justice World Tour, has canceled some of the shows after jumping on Instagram to reveal he has a rare condition. The ‘Changes’ hitmaker shared the sad news with his 240 million fans via the photo-sharing app on June 10, adding that he was suffering from facial paralysis.

Fans around the world were left in shock as they prayed for the singer’s speedy recovery. In his Instagram video, the 28-year-old crooner revealed that he has Ramsay Hunt Syndrome and that his face is partially paralyzed. The Grammy-winning R&B singer also thanked his fans for their patience as he embarks on the road to recovery. In an Instagram story, he added that he’s having trouble eating, which is extremely frustrating for him.

RELATED ARTICLES
Is everything ok between Justin Bieber and Hailey Bieber? Model clears up rumors about “big fat lies”.

The singer continued, “As you can see, that eye doesn’t blink. I can’t smile with that side of my face, that nostril doesn’t move, so that side of my face is completely paralyzed.” He then turned to his fans and said, “I’m just physically, obviously not capable of that do.”

Justin Bieber went on to explain, “This is pretty serious, as you can see. I wish that wasn’t the case but obviously my body is telling me to slow down and I hope you understand that and I will use this time to rest and relax and get back to 100%, so I can do what I was born to do,” adding, “But in the meantime, it’s not. I need to rest so I can get my face back to where it’s supposed to be.” The singer-songwriter shared, “I’m feeling better and I’m doing all these facial exercises to get my face back to normal and it’s getting better back to normal it’s just about time,” he shared, explaining, “We don’t know how long it’s going to be but it’s going to be okay and I have hope and I trust God and I trust in it that all of this is going to happen, it’s all for a reason, and I’m not sure what that is now, but in the meantime, I’ll rest. I love you, peace.”