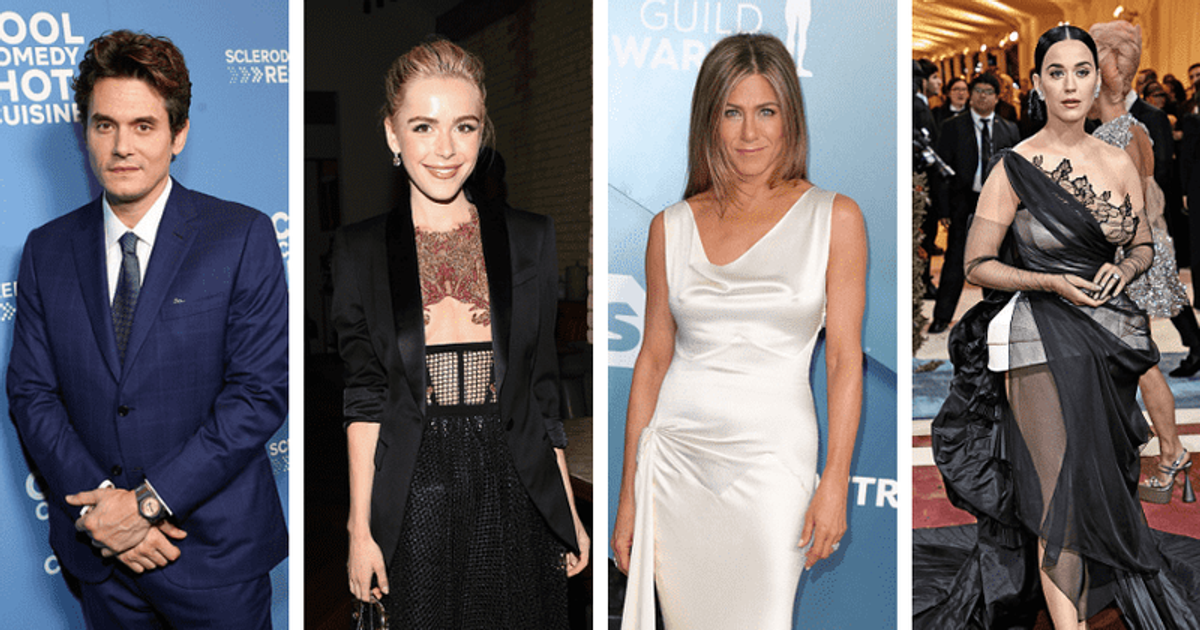 Back in February, John Mayer and Kiernan Shipka were spotted hugging at the well-known Tower Bar at the Sunset Tower Hotel

SANTA MONICA, CALIFORNIA: John Mayer was recently spotted again with Kiernan Shipka, months after they were spotted hugging. This time, Mayer and actress Shipka were spotted having dinner at the Giorgio Baldi in Santa Monica on Sunday, November 6, for several hours. Viewers claim that the American singer-songwriter even sang a few songs for the actress. This has certainly sparked romance rumors between the parties.

Daily Mail reports that the 45-year-old singer was spotted entering Giorgio Baldi, a fine establishment, on Sunday and was accompanied by actress Shipka, 22. They both grabbed dinner and entered the place around 8:15 p.m. only to leave around midnight. The ‘Slow Dancing in a Burning Room’ singer opted for a more casual look as he wore a black windbreaker over an olive shirt and gray cargo pants. On the other hand, Shipka, best known for her role as Sally Draper on the AMC drama series Mad Men, wore a trench coat and black pants to complete her outfit.

The duo were seen separating the meeting point and leaving in their own vehicles. However, the outlet goes on to report that after a while, Shipka got out of her vehicle and got into John’s black Chevy Suburban sedan. Back in February, Mayer and Shipka were spotted hugging at the well-known Tower Bar at the Sunset Tower Hotel. While the actress was involved with filmmaker Christian Coppola, Mayer himself has some fine women he’s dated.

Two decades ago, Mayer and Vanessa Carlton hit the masses individually and were rumored to be dating. Carlton broke the scene with her track “A Thousand Miles,” and rumors of their dating began to swirl. However, it wasn’t long before Mayer switched to someone else.

Immediately after Mayer released the second hit single from his first album in 2002, rumors circulated that he was dating “Ghost Whisperer” actress Jennifer Love Hewitt. It was also reported at the time that his track “You’re Body Is a Wonderland” was dedicated to her. While the two were dating, their relationship became too stressful to handle after Mayer was away for his tour.

Jessica Simpson and John Mayer dated for a year. After the breakup, while speaking to Playboy, the singer compared Simpson to “crack cocaine,” claiming that “it was sexually insane” and that “it was like napalm, sexual napalm.”

Mayer, then 29, and Diaz, 34, were seen out and about in New York City after Mayer split from Simpson and Diaz from Justin Timberlake. People reported that the pair were “on top of each other” and “super flirty” in 2007: at the Bowery Hotel. Once again, the romance fizzled out in a few months.

It was reported at the time that the pair were on and off for almost a year before they called it quits for the public good. In the same interview with Playboy, Mayer stated that he was disappointed with the breakup and that Aniston was “the most communicative, sweetest and kindest person.”

The good days in their relationship were quickly overshadowed by the controversy following their split. It was reported that Taylor Swift’s song “Dear John” was aimed at Mayer, which explained how badly he treated Swift. Years later, Mayer told Rolling Stone that he felt humiliated, adding, “I didn’t deserve it. I’m pretty good at taking responsibility… It was a really bad thing for her.”

The ‘Parks and Rec’ and ‘The Office’ actress has been spotted with the singer enough times to spark dating rumors. E! reported at the time that their relationship was entirely platonic, but their outings were enough to garner media attention.

Sometime between 2010 and 2011, there were heavy rumors that the ‘Hannah Montana’ actress was dating John Mayer. Glamor also reported that the duo was spotted snogging during the 2011 Grammys. A source told the publication, “At one point Miley was rubbing John’s back backstage and when he thought no one was looking he leaned in and kissed her!”

On one occasion, the two were seen partying with some friends in New York City, and the media broke the news that the two stars were dating. According to Page Six, “They brought other friends but the idea was to see if they would hit it off.” Mayer tweeted at the time, “I see @kimkardashian at Sirius/XM saying hello like a gentleman and you want a story on mine.” turn costs? [Bleep] She!”

After finalizing her divorce from Russell Brand, she set her sights on John Mayer, and the couple dated on and off for three years. However, due to hectic schedules and trust issues, the romance couldn’t last much longer for either party. Perry told Entertainment Weekly that they exchanged love letters long before their relationship became public.