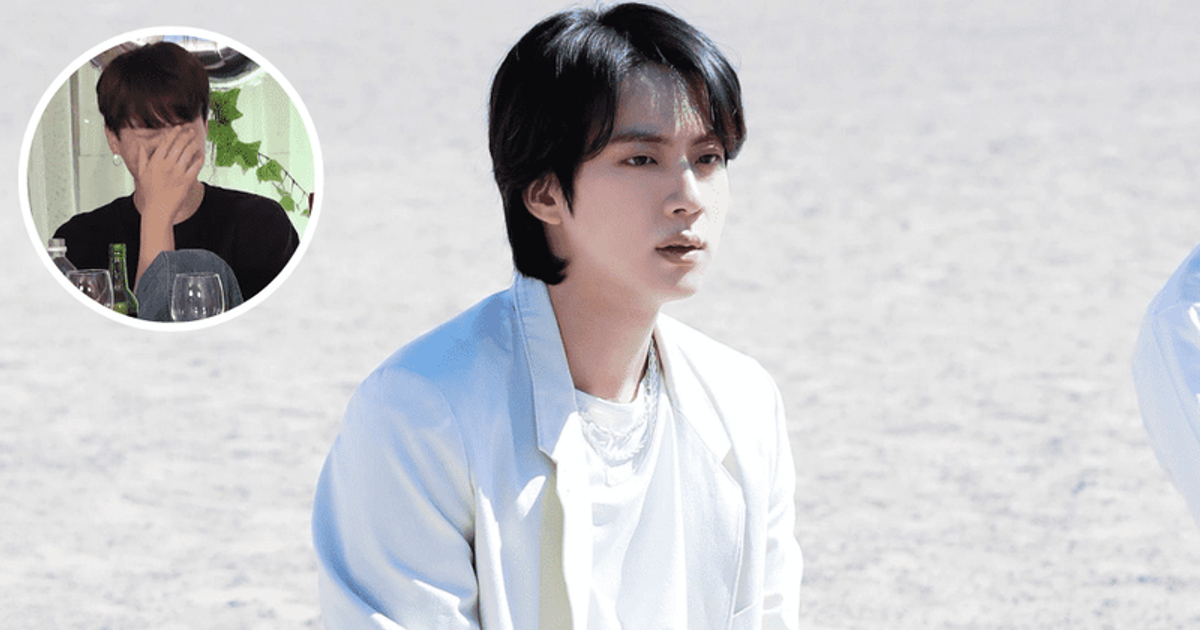 At first, fans didn’t think much when RM described Jin’s home as that of a newlywed

I’m pretty sure BTS must not have anticipated the chaos that ensued when they announced Chapter 2. We had misinterpretations at first and HYBE’s shares fell when the internet thought BTS was disbanding or going on hiatus. The members had to personally assure the fans and reject all allegations of dissolution. Excitement ensued as Chapter 2 focused on their solo careers, from fans already getting a glimpse of J-Hope’s upcoming album, V collaborated with IU’s lyricist, while Suga produced for Jimin and worked on the sequel, ” D-2″ worked. Chapter 2 also includes the BTS members finally leaving their dormitories and staying apart, which turned out to be the catalyst for Jin’s marriage rumors.

To encourage camaraderie and teamwork, K-pop trainees are forced to live together, and it’s not until years after entering the K-pop industry that they move out of the dormitories. Well, it took BTS 9 years but they finally bought their own homes and fans were amused at how their personalities seeped into the way they decorated them. While RM’s apartment is artistically designed, as expected, Jungkook’s computer in his kitchen has everyone confused. But it was Jin’s house that caught everyone’s attention, as RM described it as a “newlywed” place. As if that wasn’t enough, Jimin’s response to ARMY now hilariously trying to guess if the oldest BTS member is married or has a fiancée.

CONTINUE READING
The Real BTS: Who is Min Yoongi? All about the cat who works on the side as award-winning producer Suga

The Real BTS: Who is Kim Namjoon? All about RM, the “god of destruction” and rappers

While describing Jin’s house, RM said, “Yours looks like a newlywed house.” Jin, who had just bragged about living in every man’s dream house with a tent in the living room, asked, “Newlywed? With that playroom?” RM tried to explain his reasoning: “It’s all white and the place is light. A bit like a newlywed home.” While fans loved their banter and didn’t think too much about RM’s words, it was Jimin’s reaction to the whole exchange, which is now causing a stir. After RM described Jin’s house, Jimin laughed and asked, “Newlywed…? How much of all of this can we radiate? I’m so curious.”

Fans first thought RM called Jin’s house like a newlywed’s because it was sparse and didn’t have anything like a newlywed who gets all the appliances and furniture as a gift. But with Jimin asking if RM had revealed anything they shouldn’t and if it could be broadcast to fans, ARMY is now reading into his reaction. Some joked that Jimin was the one who accidentally exposed Jin with his question.

Another said, “Jin’s house looks like a newlywed house because we just got married.” One ARMY pointed out, “I can’t believe Jin is the one getting married on Tiktok if this is from the same video .” But an ARMY wrote, “Jimin laughs at Joon and says that Jin’s house looks like a newlywed’s house and says, ‘How much of that can we broadcast’… SOMEONE IS DEFINITELY MARRIED.”

Another shared, “Ok, but are we also going to let someone say Jin is living like a newlywed and Jimin be like, ‘How much of that are we going to be able to broadcast?’ Turns out it wasn’t Namjoon who was was secretly married and had children.” AN ARMY added: “Why Jin’s marriage allegations say this man doesn’t just say he forgot to eat right for 4 days, has a tent in his living room and plays games for 20 hours plays.”