“Is it too hot for him?”: Zach’s reaction to drinking maple syrup has The Bachelor fans baffled 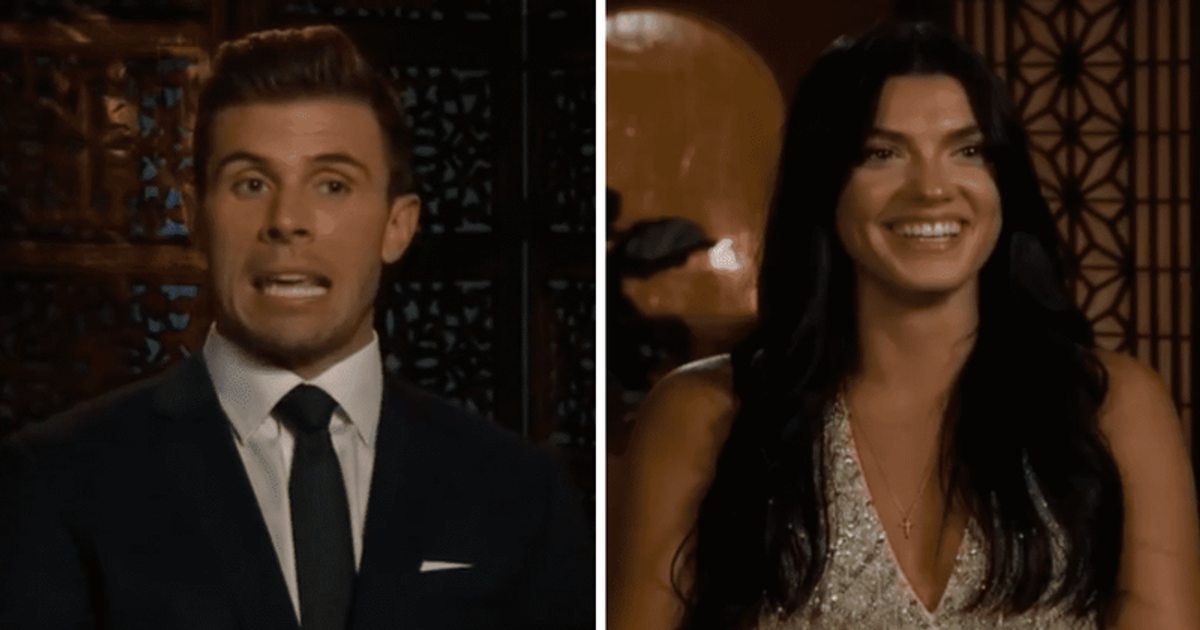 LOS ANGELES, CALIFORNIA: It’s always ideal to make a good first impression when meeting a potential spouse, but some meetings are more memorable than others — especially when they’re being filmed for television. The Jan. 23 premiere of “The Bachelor” season 27 brought reality television one of the weirdest but most memorable first meetings ever, and fans had some opinions to share, too. Bachelor Nation saw new Bachelor Zach Shallcross welcome 30 single women into the home Monday night, and just a handful walked away empty-handed. But one contestant caught viewers’ attention when a girl from Vermont gave our new leading man a bottle of maple syrup and made him drink it STRAIGHT!

When hopefuls step out of the limousine on The Bachelor, they have some strange first encounters. Some people skip the limousine and bring their own car, while others bring unique items. Some people dress up while others have weird one-liners. While some of these amusing concepts have positive repercussions, others result in an abrupt departure from the ABC reality program.

‘Something to Note’: Clayton Echard’s Message to Zach Shallcross Ahead of ‘The Bachelor’ Premiere

When The Bachelor season 27 premiered Monday night, the single ladies not only brought good news, but gifts for Zach. While one girl brought him a bottle of champagne, another brought him a cup of Joe from New York! But it was the Vermont girl, who walked in with a whole bottle of maple syrup, who won the cake on the first night at the mansion. Gabriella ‘Gabi’ Elnicki bottled a small portion of her home for her potential spouse to impress our guide. But she didn’t get the reaction she was looking for when Zach couldn’t contain his emotions (proof: look at his face) as he was forced to swallow the maple syrup straight.

Fans took to Twitter to share some of their best reactions to Zachs. One person tweeted, “Zach needs to drink champagne, coffee, and maple syrup in a row.” Another person added, “Zach kisses people after drinking maple syrup and eating meatballs.” I’ve already made the top 3 viewers,” hardly know the names of these women but here are my top 3: 1. Brianna 2. Gabi and her maple syrup 3. The girl who told Jesse, ‘go back to ESPN'” A fourth fan quipped, “Okay but who likes no maple syrup? Is it too spicy for him?”

On the other hand, the Vermont viewers don’t look very hopeful afterwards: “Finally getting Vermont’s substitute… and they make him drink straight maple syrup, we’ll never get another chance.” Seeing his reaction, another fan asked: “Did this man just disregard the maple syrup from Vermont?” But some fans are already in a good mood from Gabi, “the maple syrup girl exuded good energy”. Another person added, “Big props for a Vermont candidate, but never force your blind date to drink maple syrup.”

I’m a fit gym girl – my leggings ripped down the middle during my workout, I just kept going

I’m a fit gym girl – my leggings ripped down the middle during my workout, I just kept going