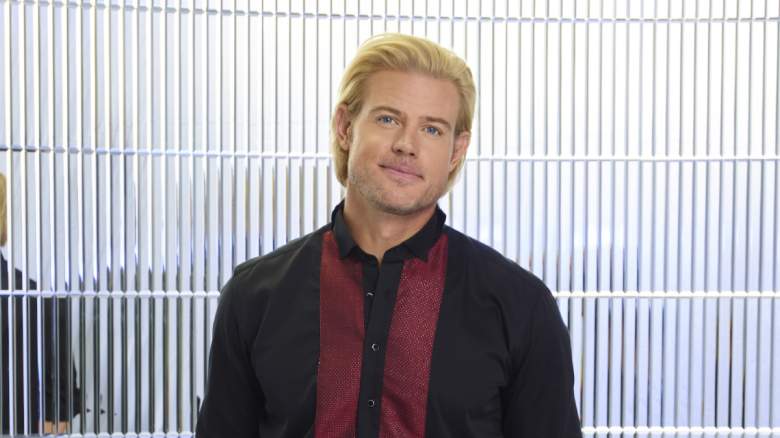 Trevor Donovan appears on Season 31 of Dancing With the Stars and teams with professional dancer Emma Slater. For the first time, the dance competition will air on Disney+ and not ABC.

Sharing a selfie of the two on Instagram, he wrote, “Surviving fear is 100% up to you. It’s about facing your fears…[cheers emoji] and the great partner who helps me. [strong arm and dancing man emojis] #dwts31 #dwts”

Although the actor has had many on-screen love interests, he is currently not linked to anyone. Here’s what you need to know about his dating history:

Donovan was previously linked to actress Sonia Rockwell. According to the Daily Mail, the couple dated from 2006 to 2009.

In 2017, Rockwell played the role of Emma Dowell in Being Mary Jane. Her credits also include appearances on 90210, How I Met Your Mother, Scandal, and Pam & Tommy.

Donovan has been linked to Kerry, daughter of Robert F. Kennedy and ex-wife of Andrew Cuomo. She is 19 years older than him. However, according to the Daily Mail, he simply called her his “Besty”.

“Trevor and Kerry are extremely reserved and discreet. But there is great affection between them. They are soul mates and share the same passion for social justice, outdoor sports and animals,” a Kennedy family member told the Daily Mail.

According to the outlet, the actor has been joining Kennedy over family vacations, including at the Kennedy Compound.

They were introduced by Donovan’s manager, Michael Yanni. According to the Daily Mail, they “connected” when he volunteered at the RFK Center for Justice and Human Rights.

“Trevor and Kerry have been close for a few years. They travel the world together,” the Daily Mail quoted a member of the Kennedy family as saying in 2014.

Kennedy was arrested in 2012 after colliding with a truck. The Daily Mail reported that she was “under the influence of Ambien”. She was later acquitted.

“Kerry called Trevor shortly after the DUI accident,” Yanni told the publication. He added, “Trevor was supportive of her — he’s never seen her drunk or under the influence of drugs while out with her.”

In 2017, rumors began circulating that Donovan was dating Michael Jackson’s daughter Paris after the two were photographed holding hands. However, both insist it was just a friendly gesture.

“They’re just friends,” Donovan’s rep told JustJaredJr. back then. “Both are big animal lovers and advocates and are working on a ‘Be Pawsome, Adopt!’ Campaign for local animal shelters in LA…Trevor is a great animal and human rights advocate…they are friends who want to help the helpless.”

According to Refinery29, Jackson also addressed the rumors in since-deleted tweets in which she held hands with girlfriends. She also tweeted, “You all need to relax lol holding hands is a very common thing.”