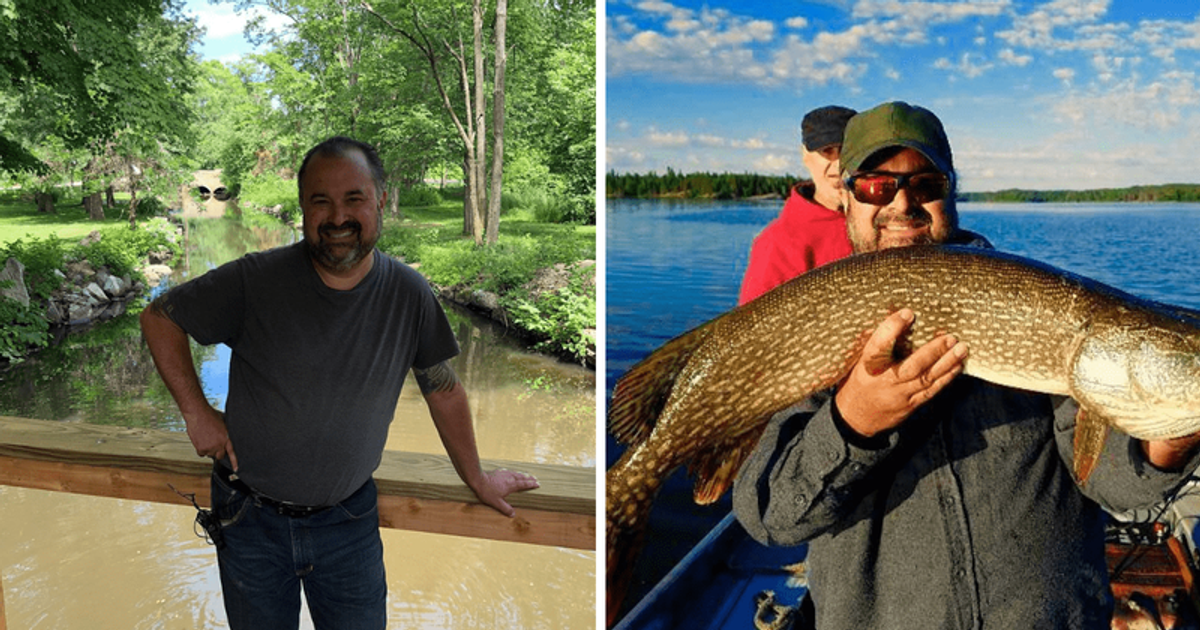 “Frank, I pray more than anything that you get through this well. Love you buddy,” said Fritz’s former co-star Mike Wolfe

Though no details were given about his condition, Wolfe urged History Channel viewers to “keep him in your hearts and minds.” Fritz and Wolfe have been together since the premiere of “American Pickers” in 2010, but fans were shocked when he announced his departure in July. However, Wolfe, who has not spoken about Fritz’s exit since, admitted in an Instagram message on Thursday, July 21, that many conjectures have been made about their bond since then. “I’ve been very private over the past year about Frank’s life and the journey he’s been on,” Wolfe explained.

“There have been many opinions regarding mine and Frank’s friendship and the show, but now is not the time to set things straight. Now it is time to pray for my friend,” he continued. “Frank suffered a stroke and is in the hospital. Please keep him in your hearts and minds,” Wolfe concluded in a direct message to Fritz. “Frank, I pray more than anything that you get through this well. Love you buddy,” Wolfe finished.

The History Channel’s “American Pickers” premiered in 2010 and followed Wolfe, Fritz and colleague Danielle Colby-Cushman as they ran an antique shop in Iowa. Wolfe and Fritz are shown traveling across the country in search of various collectibles. It was announced last June that Fritz was leaving the program due to a series of health issues, including back surgery and Crohn’s disease. Fritz, according to Wolfe, “is like a brother to me,” and he will “pray for the very best and all the best for him on the next part of his journey.”

Fritz, on the other hand, painted a very different picture in an interview with The Sun. “Mike’s statement was nonsense, someone wrote it down for him. We were never friends in elementary school. I don’t think he’s said five nice things to me in ten years, you know? Unless he put someone else down and we were both laughing,” Fritz said.

The Sun reported on March 11, 2021 that Fritz cheated on his fiancee Diann and “gave her third degree burns” after fireworks detonated at his home. Fritz had been engaged to Diann Bankson since 2017. According to Distractify, he started posting pictures of Diann on his Facebook profile back in 2016. Despite this, Diann regularly popped up on Fritz’ page, according to the publication, although their relationship status was unknown at the time.

Fritz has previously treated Diann’s daughter Paige and Paige’s daughter Eulalia as if they were family. “Diann’s family is my family. It’s great to be Grandpa Frank! I love my girls,” she said in a Facebook post back in 2017.

Diann sued Fritz for negligence on January 27, 2020, court documents obtained by The Sun show. The ‘American Pickers’ actor is said to have ‘cheated’ on Diann and ‘burned her third degree’ after fireworks went off at his home. Diann claimed in 2017 that she and Fritz were engaged and lived together at his Iowa farmhouse. She “walked in and caught him in bed with another woman in November 2018.”

After their reconciliation, she said an incident occurred at the farmhouse when Frank and a friend set off fireworks. Diann said the men were “drinking” when she went in to set off the fireworks. She went on to say in court that the men were unable to set off fireworks. “Both defendants then placed it in a vintage, closed-barreled ashtray and attempted to light it there,” Diann claimed. “The fireworks were not reignited and the defendant simply left them in the covered intake ashtray rather than properly disposing of the fireworks.”

She then claimed that she was not informed about the ashtray because she was smoking a cigarette at the time. According to the lawsuit, “the ashtray exploded and severely burned her hand and arm with third-degree burns and burned eyelashes and eyebrows.” Fritz, she claimed, “refused” to “take her to the hospital,” but told her she did was supposed to “toughen up.” In the days that followed, she went to the hospital and was “treated for third-degree burns.”