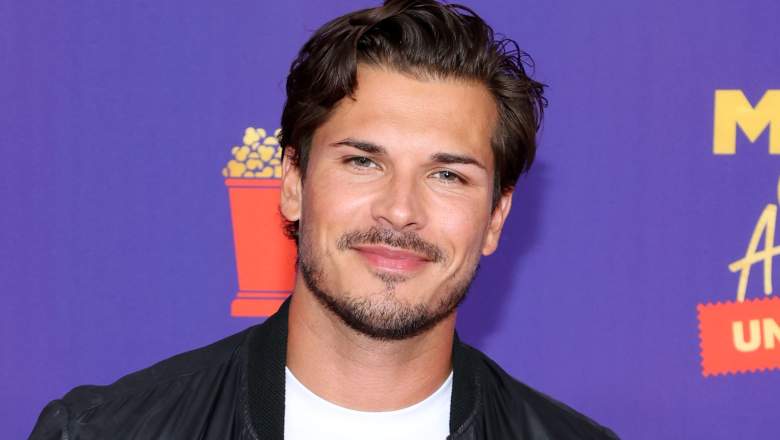 Gleb Savchenko will make history with “Dancing with the Stars”. The 39-year-old professional dancer is partnered with RuPaul’s Drag Race alumnus Shangela, marking the first time a drag queen has competed on the celebrity ballroom show.

“I’ve never danced with a male partner before and it’s definitely different, but in a good way,” Gleb told E! News. “I’m actually enjoying our rehearsals, a lot more than I’ve enjoyed rehearsing in previous seasons.”

Longtime fans know that DWTS’s rehearsal schedule is demanding, which means the pro dancers and their celebrity partners must spend extended periods of time apart from their loved ones. For Gleb, that means less time with Olivia and Zlata, his daughters from his marriage to dancer Elena Samodanova.

Gleb married dancer Elena Samodanova in 2006. The two once appeared together on Bravo’s “Million Dollar Listing LA,” where they listed their home for sale along with Tracy Tudor.

But in 2020, the DWTS pro dancer’s 14-year-old wife filed for divorce in Los Angeles. Back then Elena accused Gleb of cheating on her and there were rumors that he was having an affair with his DWTS partner Chrishell Stause.

Gleb told Entertainment Tonight that he had already moved out of the home he shared with Elena when she filed for divorce. He also staunchly denied ever cheating on his wife, instead accusing her of adulterous conduct.

“We’ve had issues for years,” Gleb told ET. “I was in a psychologically abusive, jealous relationship. I’ve always said to myself, ‘Listen, she’s the mother of your kids, and you love her, just make it work for your kids.'”

He also claimed that his ex was jealous of his success as a pro dancer.

“When we auditioned for ‘Dancing With the Stars’ in 2013, I got the show and they didn’t,” Gleb said. “She still blames me to this day, says it’s my fault. So there’s still that jealousy. She always wanted to be with me on every single red carpet, always wanted to do every single interview. …Every single season she would claim that she was choreographing all my numbers and everything…I used to play that game for her to make her feel better because, as everyone likes to say, she was my better half. But it wasn’t true. I always did the whole job.”

The couple’s divorce got even uglier amid a custody battle. According to Page Six, the two finalized their divorce in October 2021.

In 2021, Gleb Savchenko teased that he was in a new relationship and told ET he had “a lovely boyfriend” who was “kind of famous.” He’s since been official with his new girlfriend, model Elena Belle.

Elena Belle initially worked in Sweden and moved to Hollywood in 2009 to work as a model, according to Expressen. She was previously married to music executive Michael Theanne from 2016 until his sudden death in 2020. Elena Belle has a daughter named Luna, per Billboard.

According to Us Weekly, Gleb and Elena Belle began dating in the summer of 2021. A source revealed that the two “felt bonded over their love of fitness and wellness and being single parents.”